Foreign Minister Nikos Christodoulidis | Tripartite meeting with Greece and Israel – “Let’s end the attacks on our common values”
Defence Redefined
Published on 24/08/2021 at 18:06 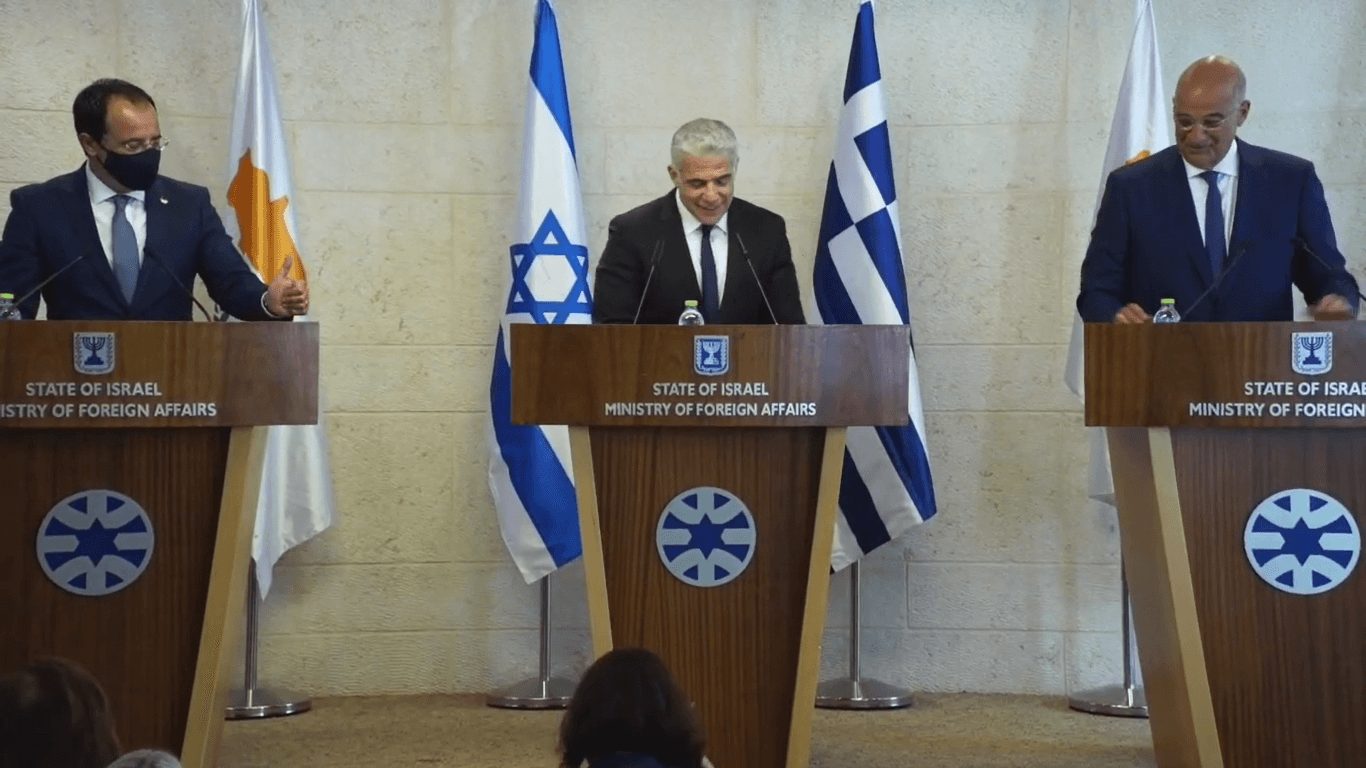 In the joint statements of the three Foreign Ministers, Nikos Christodoulidis stated that the cooperation among the three countries is ongoing in various fields and is based on common values. He stressed the strategic nature of the cooperation, which is expanding, manifested in operations in various vital areas, such as responding to emergencies, tackling the pandemic and the scourge of climate change wisely. He stressed the benefits of Israel’s rapprochement with the United Arab Emirates (UAE), Bahrain, Sudan, Morocco and those of Greece with the UAE. He also stressed the role of the United States in a 3+1 cooperation.

Concluding, he stated that the concepts of peace, security and stability are the strategic advantage of this cooperation. He expressed concern about the developments in the Middle East following the events in Afghanistan and the essential respect for human rights, especially of women, girls and minorities.

Finally, he stated that he had informed his counterparts about Turkey’s destabilising, provocative and expansionist attitude in the region and the need for it to comply with international law.

It is recalled that based on decisions of preceding meetings, a permanent secretariat of the tripartite cooperation has been operating in Nicosia since the beginning of the year.

Source: Ministry of Foreign Affairs of the Republic of Cyprus