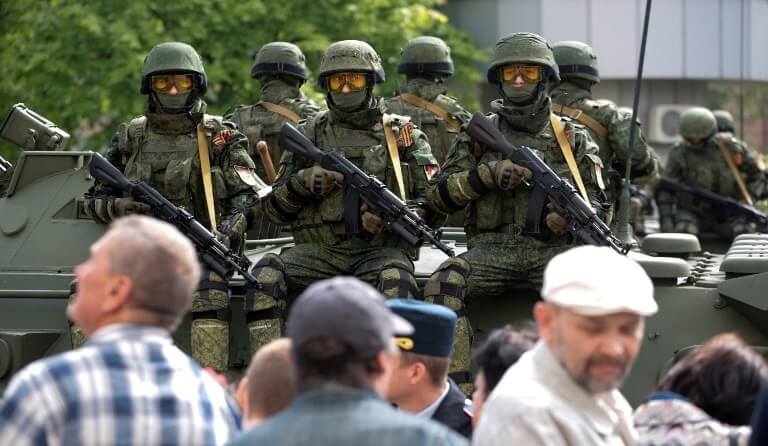 Sanctions against “Wagner” Group, a Russian mercenary company with close ties to the Kremlin and Russian President Vladimir Putin, are expected to be decided by the European Union during Monday’s Foreign Affairs Council meeting.

A European official confirmed that the sanctions would be imposed on eight people, including the “Wagner” Group, and three other entities associated with it.

Among other things, travel bans and the freezing of any resources in EU territory are predicted. These actions mean that natural and legal persons in the European Union will no longer be able to transact with the individuals and entities to be sanctioned.

Since the “Wagner” Group has no direct links with the EU, the addition of the three other entities and individuals aims to have an impact by hitting companies working with the mercenaries, diplomats said.

The sanctions came amid pressure from France to take punitive actions over the “Wagner” Group’s actions in Syria, Libya, and Ukraine and allegations of blatant human rights abuses.

The measures are expected to enter into force immediately and be officially announced, after being approved by the Foreign Ministers of the “27” on Monday.

The Kremlin, from its side, denies any connection to the mercenary organization. Russian President Vladimir Putin said in December 2018 that Russian private military contractors had the right to work and pursue their interests anywhere in the world as long as they did not violate Russian law. In January 2020, Putin said the “Wagner” Group, whose members are mostly ex-military, neither represented the Russian state nor were paid by the Russian state.

Moscow has repeatedly told the EU that sanctions on its citizens were akin to meddling in Russia’s domestic affairs and would face retaliation.

Finally, according to a report by the Reuters news agency in September 2021, Mali’s military junta considered deploying the “Wagner Group” in Mali, which France says is not acceptable because it has its own troops in the region participating in counter-terrorism operations against jihadist organizations.

French officials say the junta is turning to “Wagner” as part of efforts to cling to power beyond a transition period due to end after the February 27 presidential and legislative elections.

EU member states have threatened to end support in the African country in crisis if Bamako signs a deal with the Russian mercenary company. Diplomats also noted that Mali was facing the risk of EU sanctions and that a legal framework for such an action would be agreed on Monday, although no specific names would be decided until then.

Also read: The EU and NATO condemn the instrumentalization of immigration from Belarus