The EU and NATO condemn the instrumentalization of immigration from Belarus
Defence Redefined
Published on 09/11/2021 at 12:00 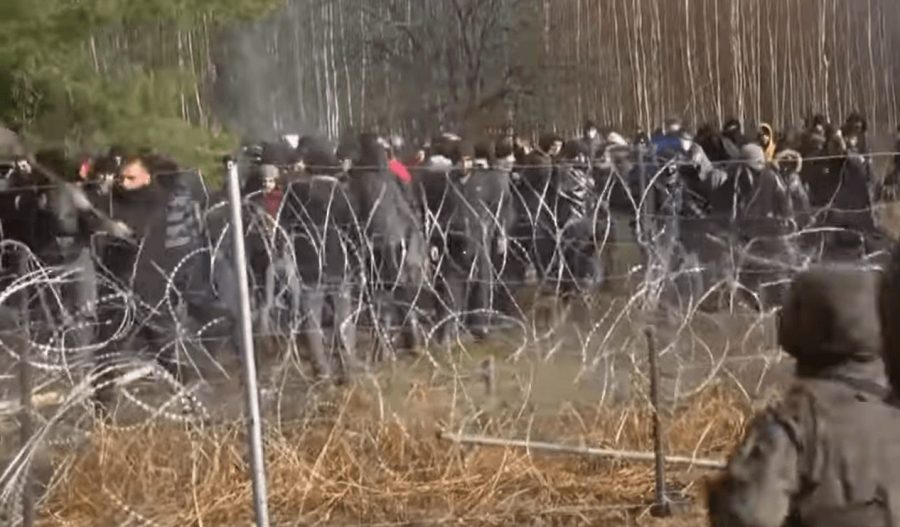 Tensions are ongoing on the Belarus-Poland border, after yesterday hundreds of immigrants tried to cross the border and enter Polish soil. Strong forces are located along the line while incidents break out. The security forces in Lithuania are also on alert.

European Council President Charles Michel called on the Belarussian government to comply with international law and stressed that the EU would not accept any attempt to instrumentalize immigrants.

The Vice President of the European Commission, Margaritis Schinas, states that at the request of Ursula von der Leyen, she will travel to the main countries of origin and transit in the coming days to ensure the end of the instrumentalization of the people by Belarus.

German Interior Minister Horst Seehofer said the EU should support Poland’s efforts to protect its borders. In addition, he stressed that he supports Poland’s decision to build a wall on the border with Belarus.

The head of the parliamentary group of the European People’s Party (EPP), Manfred Weber, stressed that the EU should support the front-line countries in immigration and pointed out that the list of sanctions concerning Belarus should be expanded. He also referred to Greece, as he wrote in his post that Lukashenko would blackmail Europe just as Erdogan tried through Greece.

For his part, a NATO spokesman referred to Belarus’ actions as a “hybrid threat” and stressed that the North Atlantic Alliance would guarantee the security of members of Poland, Lithuania and Latvia facing the threat.