INTERNATIONAL RELATIONS
EU | Deployment of political mission in Armenia to demarcate border with Azerbaijan
Defence Redefined
Published on 07/10/2022 at 16:28 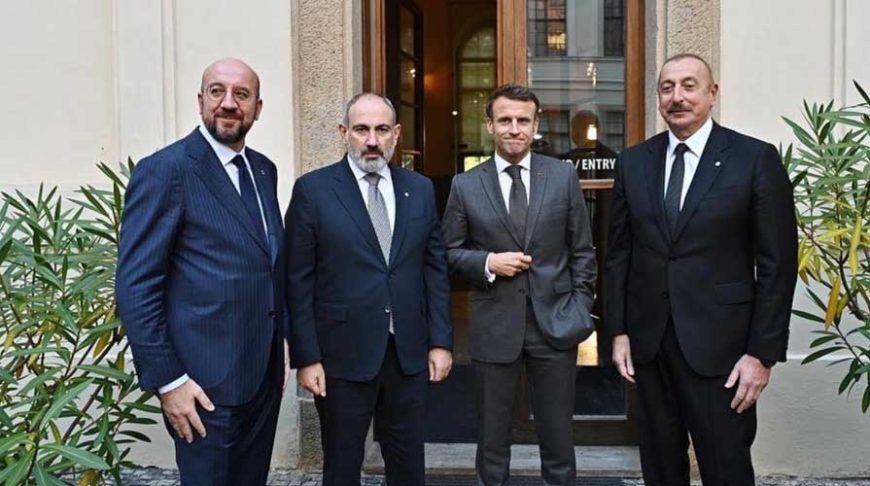 The European Union is sending a “political mission” to Armenia, along the border with Azerbaijan, to help restore trust between the two countries and demarcate the borders, the parties participating in a quadripartite meeting in Prague, with the participation of France, announced today.

A joint press release released after negotiations between the Prime Minister of Armenia, Nikol Pashinyan, the President of Azerbaijan, Ilam Aliyev, the President of France, Emmanuel Macron, and the President of the European Council, Charles Michel, states that the mission will be deployed in October for a period of maximum two months.

The purpose of this mission is to restore trust and contribute to the border demarcation committees, while Armenia has agreed to facilitate its deployment and Azerbaijan has agreed to cooperate with this mission in this regard, the joint statement continued.

The four officials’ talks lasted for hours until late Thursday night, on the sidelines of the first meeting of the European Political Community in Prague.

Also, Armenia and Azerbaijan reaffirmed their adherence to the United Nations Charter and the Alma Ata Declaration of 1991, by which they mutually recognized their territorial integrity and national sovereignty, the joint statement said.

In fact, they confirmed that the latter will form the basis of the work of the border demarcation committees and that their next meeting will take place in Brussels by the end of October, the text specifies.

With the agreements of Alma Ata (now known as Almaty, the capital of Kazakhstan), the Commonwealth of Independent States (CIS) of the former Soviet republics, which includes Armenia and Azerbaijan, was established.

In September at least 286 people were killed in hostilities between the Armed Forces of Armenia and Azerbaijan. It was the bloodiest fighting between the two Caucasus neighbors since the war they were involved in 2020.

Their conflict concerns the fate of Nagorno-Karabakh, an enclave of Armenians in Azerbaijan, as well as the demarcation of their borders.

With Moscow now seen as isolated on the international stage since the start of its invasion of Ukraine in late February, the US and the European Union have assumed the role of mediators in the process of de-escalating tensions and normalizing relations between Baku and Yerevan.