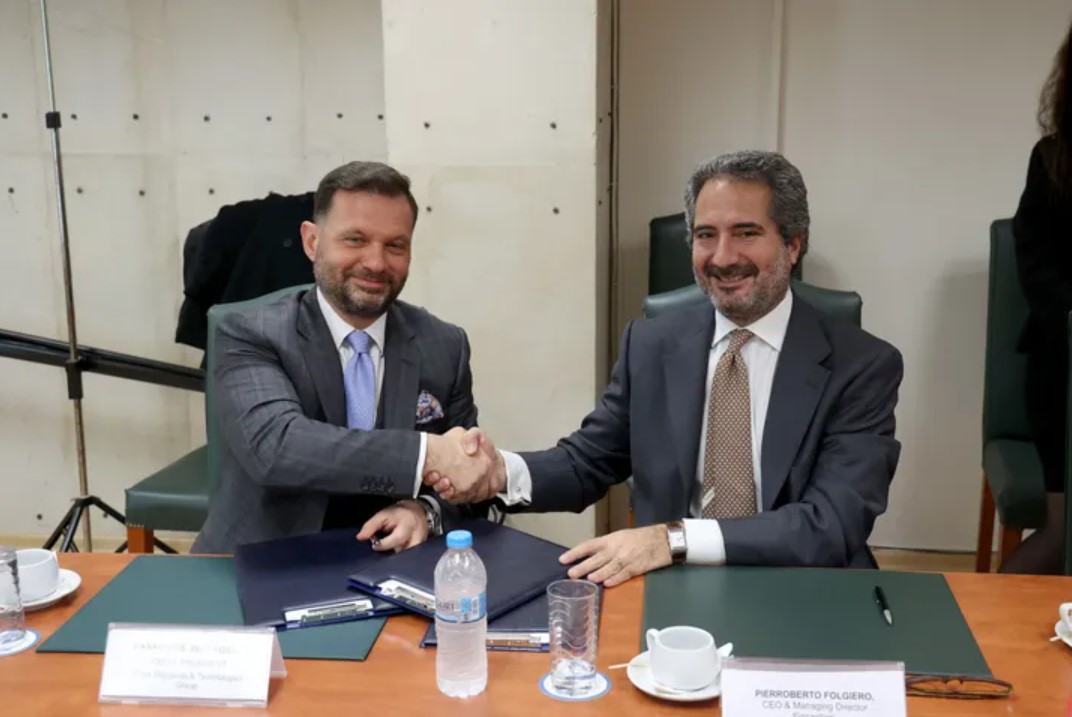 On Friday Fincantieri and Onex groups signed an agreement on the creation of a corvette manufacturing line and their life-cycle support base that will be located at the Onex Naval and Maritime Elefsis Shipyards.

It is recalled that the corvettes program of the Hellenic Navy is underway, with the Italian Fincantieri and the French Naval Group having submitted their proposals and the procedures being in the final stretch.

As stated in a relevant announcement, the agreement contains the terms of cooperation for the development of 2+1 advanced technology and high-specification corvettes at Onex Elefsis Shipyards. The necessary upgrades, improvements, know-how, and transfer of technology, and equipment are estimated at approximately 80 million euros. Onex Naval and Maritime Elefsis Shipyards expect to create 2,500 direct and indirect new jobs in the shipbuilding industry.

According to the said announcement, the agreement provides for collaboration with multiple benefits for the Greek economy and defence, strengthening the prospect of further cooperation between the two Groups in future warship and merchant ship construction programs. Furthermore, this is an important step in strengthening domestic defence production, as the expertise that will be acquired through the ONEX – Fincantieri collaboration will be an important cornerstone for the development of competitive products that will meet the defence requirements of multiple markets, giving even greater impetus to the regeneration of the Elefsis Shipyards.

Fincantieri CEO, Mr. Pierroberto Folgiero, stated that their manufacturing strategy is based on a proven model to increase the efficiency of the local partner with technology transfer, leveraging synergies and interconnections between production in Italy and Greece, with a long-term strategy.

In fact, they also take advantage of a unique characteristic of the Italian defence industry, where a network of small- and medium-sized companies collaborates with global ones. This is exactly what they seek to apply in Greece to make the Elefsis Shipyards a point of reference.

Also read: Elefsina Shipyards | The day after the Fincantieri agreement

ONEX President and CEO, Mr. Panos Xenokostas, stated in turn that they are joining forces with the global industry leader Fincantieri, forming a strong US-Italian-Greek alliance based on Greece and the country’s shipyards.

Today’s agreement to develop a manufacturing base and support the production line of the state-of-the-art Doha corvettes is just the beginning. The transfer of know-how and the training of personnel, craftsmen, and officials of the Elefsis Shipyards by Fincantieri is a legacy of national importance. It concerns so much more than merely the revival of the shipbuilding industry.

Greece is turning into a regional hub for the construction and support of defence platforms. The commitment of both companies is centered on the Hellenic Navy and allied fleets in the region, including, of course, the US fleet.