Elefsina Shipyards | The day after the Fincantieri agreement
Defence Redefined
Published on 22/10/2021 at 09:00 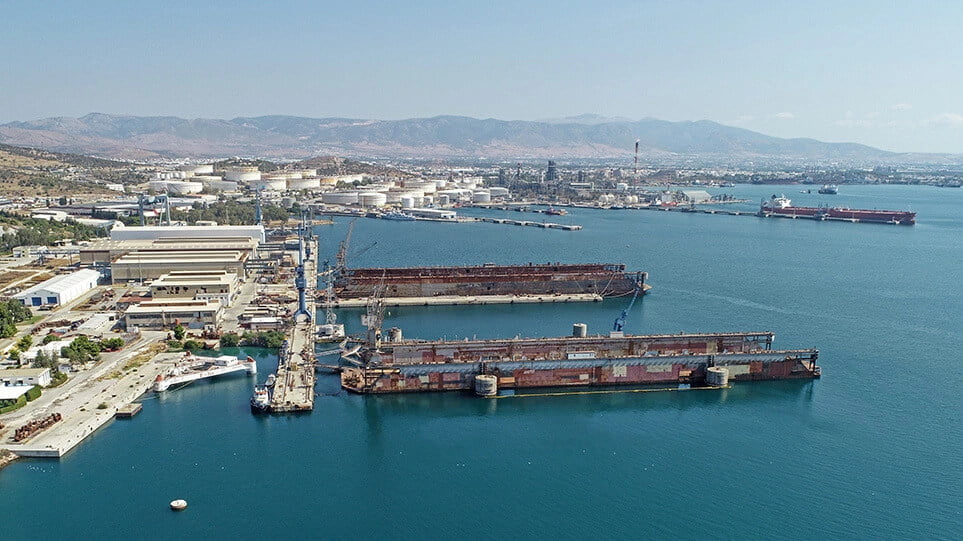 Having the Italian shipbuilding giant Fincantieri as a strategic partner and the financial support of the American development organization DFC, Onex is preparing to submit the consolidation plan of the Elefsina Shipyards to the competent court by the end of the year.

What remains to be determined is the final business plan. Mr. Xenokostas stated that two departments will be established in the Elefsina Shipyards, one for cargo ships and one for warships.

Thus, in this framework comes the Hellenic Navy’s next choice of corvettes. The French Gowinds are considered favorites, as the Navy officials demonstrate the future similarity of the corvettes to the [email protected] frigates, something which provides the required economies of scale and several other maintenance facilities.

However, the Dutch and Italians are still in the game, launching their own models for the Hellenic Navy. The Italians have put the Doha-class corvette on the table, a ship that shares similarities with the [email protected] frigates. It is noted that the Fincantieri group has developed, among other things, strong cooperation with the USA, as its subsidiary has undertaken the construction of ships for the US Navy in cooperation with Lockheed Martin.

The Dutch remain faithful to the designs of the Damen and the Sigma 10514 corvette, the ship that had been proposed to the Navy as an intermediate new solution, with unprecedented construction times in Greece and delivery in about 2.5 years.

The sealing of the agreement of the Italian Fincantieri with the Onex Shipyards of Mr. Panos Xenokostas for the rescue of the Elefsina shipyards sends a resounding geopolitical and geo-economic message regarding the upgrading of the role of Greece as a regional hub.

The Onex and Fincantieri agreement comes back-to-back with the signing of the MDCA between Greece and the US, under which it is explicitly stated that the US supports Greece’s strategic plan to become a regional support and logistics hub for the allied forces.

With information from: Proto Thema, defenceredefined.com.cy