Eastern Ukraine | Continuous violations of the fragile ceasefire
Defence Redefined
Published on 20/02/2022 at 10:23 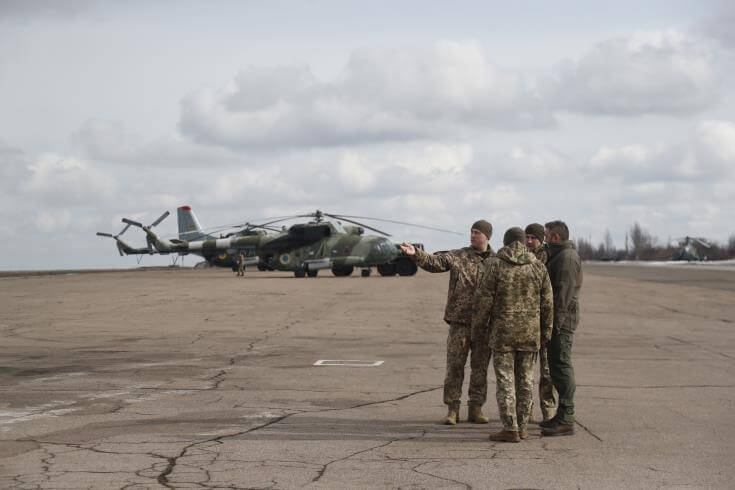 Explosions of artillery shells are heard early these days in central, northern, and western areas of Donetsk, the largest city of the self-proclaimed Donetsk People’s Republic, noted a correspondent of the Russian news agency TASS.

According to the agency, heavy artillery is being used against the city and the attack is ongoing.

Ukrainian authorities accuse Russia of sending mercenaries to Donbas to worsen the situation, while Russian authorities say mortars from the Ukrainian border struck a building in the city of Rostov.

The region of eastern Ukraine is already designated as a war zone, where, according to a statement from Kyiv, a group of MPs and representatives of foreign media were fired upon and had to be taken to a shelter.

In fact, mortar shells fell near the site of Ukrainian Interior Minister, Denis Monastirsky, who was touring Donetsk on the front line with pro-Russian separatists in the east of the country.

The shells exploded shortly after noon in front of a rally marking Monastirsky ‘s separatist presence in Ukraine.

The Ukrainian army said earlier that two soldiers had been killed and four wounded in bombings to date. According to the Ukrainian security forces, 70 violations have been reported so far, 60 of which used “weapons prohibited by the Minsk agreements”. The Ukrainian force in Donbas assured that it “controls the situation and responds appropriately to possible enemy threats.”

The day before yesterday, according to CNA, the pro-Russian leaders of the two regions, Leonid Pasetsnik and Denis Pushilin respectively, announced that they are starting to transport civilians to the territory of Russia due to the escalation of hostilities. Yesterday Saturday, both announced that they are declaring a “general mobilization”, calling on all those who can carry weapons to report to military offices.

The Russian Defence Ministry released a video of Saturday’s exercises, which included the successful launch of Kinzhal cruise missiles from MiG-31 aircraft and Kalibr and Zircon missiles fired from warships and submarines of the Thalas Fleet of the North and ground targets, as reported by the Russian news agency Sputnik.