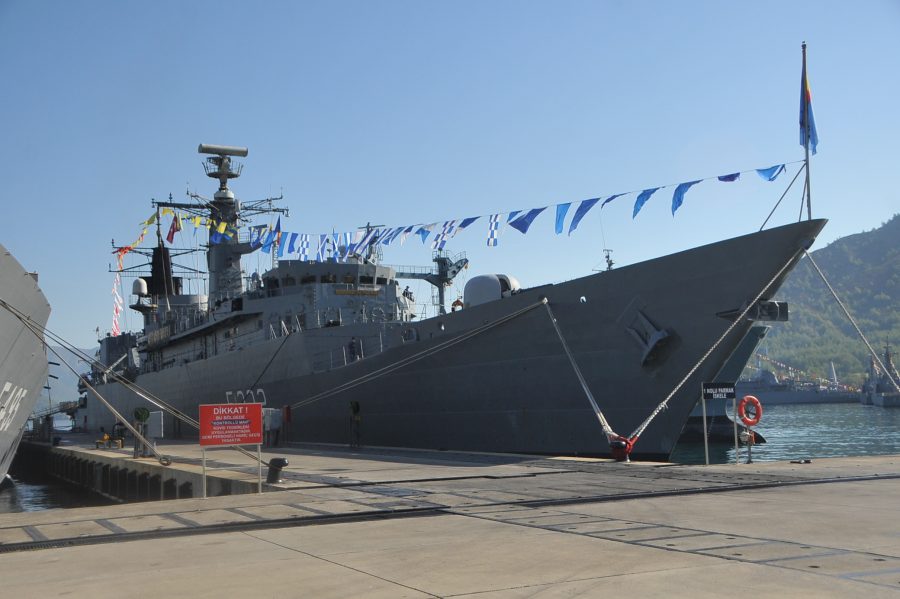 The Turkish Navy is organising a large-scale exercise, codenamed “Eastern Mediterranean 2021”, to be held on November 1-12 with the participation of NATO forces.

The #Invitex EASTERN MEDITERRANEAN-2021 hosted by the Turkish Navy in the Eastern Mediterranean has begun with the participation of NATO #SNMG2 and #SNMCMG2, public institutions, observers and units from friendly and allied nations. pic.twitter.com/XyyXXLnMV1

According to the Turkish Ministry of Defence, the exercise aims to prepare for multiple threats from multinational forces as well as to contribute to the operational readiness of the Turkish Navy (TURMAFOR) for its mission to be held within the framework of NATO. In addition to the 30 ships of various types, about 30 aircraft (aircraft and helicopters), 3 submarines, Unmanned Aerial Vehicles (UAVs) and Special Forces units will take part in the exercise. According to Turkish sources, more than 5,000 troops from 10 countries will participate.

With information from: Turkish Ministry of Defence, NATO, Daily Sabah