Deputy Minister for Economic Diplomacy and Openness opens the agenda of Greek economic diplomacy
Defence Redefined
Published on 04/10/2021 at 11:00 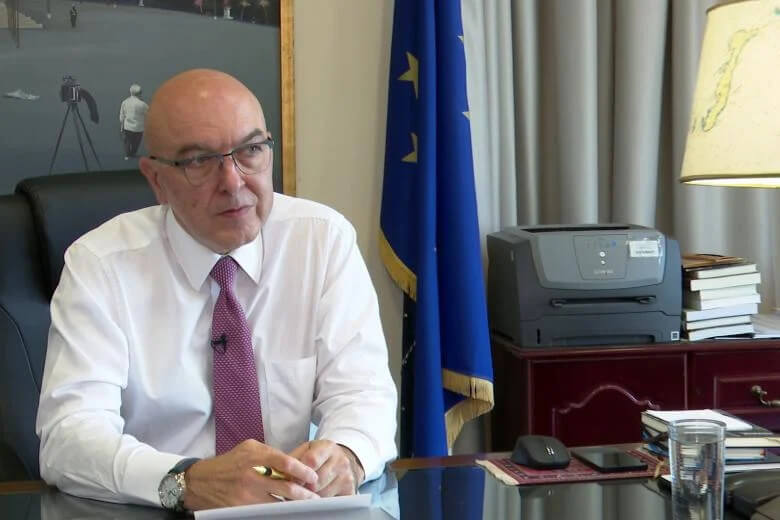 The agenda of economic diplomacy was elaborated on in the newspaper “Imerisia” by the Deputy Minister of Economic Diplomacy and Openness at the Ministry of Foreign Affairs, Costas Fragogiannis.

The Deputy Minister spoke about the agreements with Turkey on the so-called “positive agenda”, the trip to Libya for the restructuring of the country, the strategic dialogue with the USA starting on October 14, the ELPE oil pipeline from Thessaloniki to Skopje as well as the plan to increase exports and investments, considering that there is momentum in the international markets for Greek products and services.

Specifically, on Sunday, October 3, the Deputy Minister of Economic Diplomacy and Openness flew to Libya on another trip with a full agenda and the peak of economic diplomacy. A group of Greek businessmen traveled with him in order to explore the possibilities of cooperation with the Libyan government and Libyan companies in the fields of construction, energy, renewable energy sources, pharmaceutical, and hospital equipment.

Libya needs general restructuring after the recent period of the last 10 years, notes Mr. Frangogiannis. Something similar is planned for Iraq, while trips are imminent throughout the Balkans.

Also, on October 14, the strategic dialogue with the USA starts, while on October 26, he travels to Saudi Arabia. Greece, according to him, capitalizes on good relations in the direction of supporting Greek entrepreneurship, but also in attracting foreign investment in the country.

Mr. Frangogiannis, when asked about the reopening of the ELPE oil pipeline that connects Thessaloniki with Skopje, but has been inactive for many years, stressed that the project is nearly completed.

Regarding the “green bet” of Astypalea, Mr. Frangogiannis says that it has aroused lively international interest, as it may be a small project but it entails all the pillars of sustainable development, therefore it is a “photo from the future”.

Regarding Turkey, he noted that Greece has an agreement on 16 of the 25 issues of the “positive agenda” with it. He went on to say that Greece’s relationship with Turkey is long and despite the differences, this does not mean that there can be no cooperation. Throughout the previous period, efforts have been made for cooperation in energy, finance, and trade.

The positive agenda includes 25 issues, of which 15 were put by Greece and 8 by Turkey, 2 are of an environmental nature and were included afterward due to the climate crisis. There is good intention in the issues to be discussed, while in 16 of the 25 issues an agreement has been reached in principle and soon there will be announcements for institutionally structured agreements. Finally, he stressed that this agenda is a bridge of communication between the two countries.

Also read: Ν. Dendias | Participation in the 3rd International Conference on the reconstruction of Lebanon