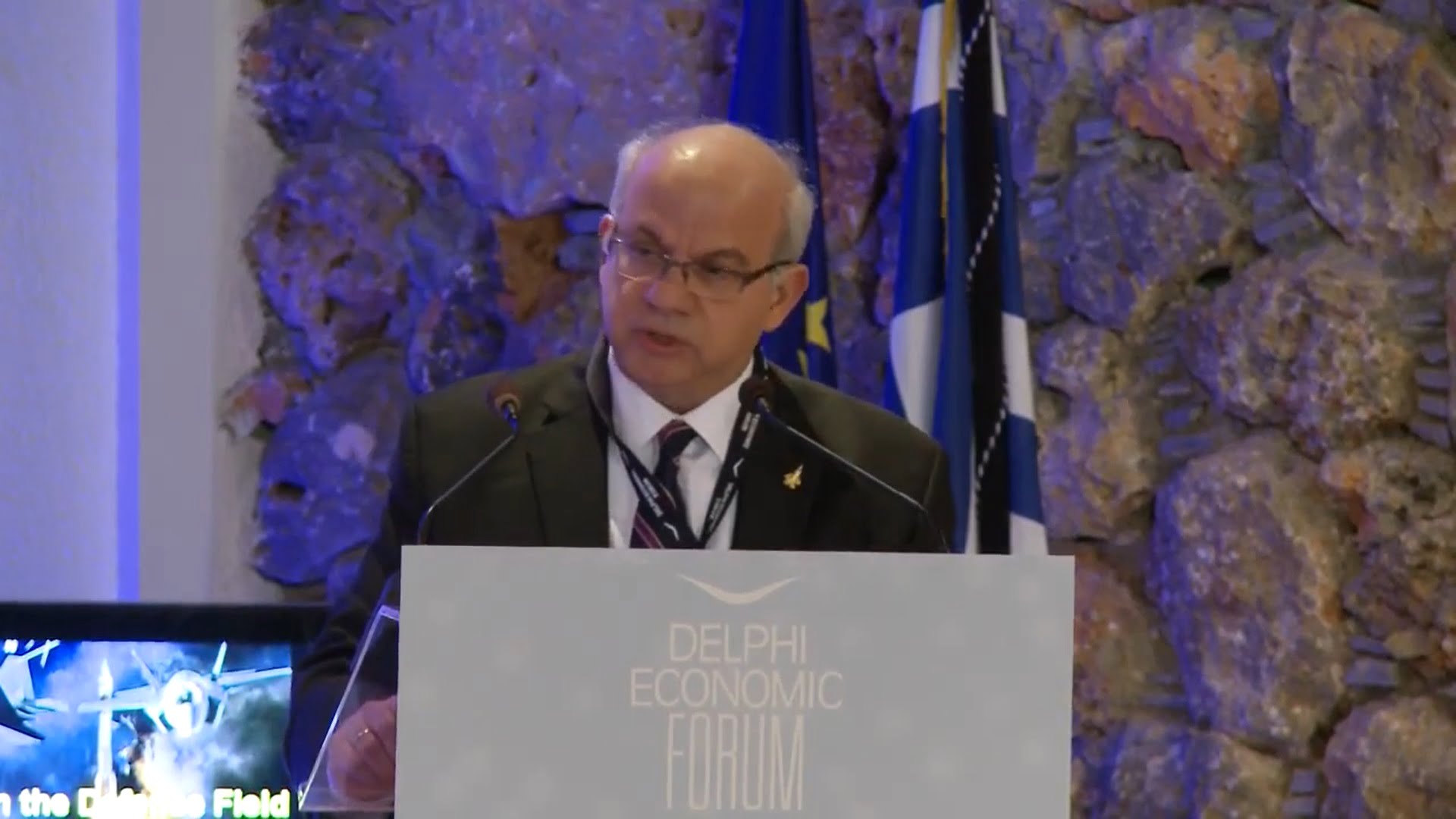 During the interview, Dennys Plessas answered questions about Greece’s possible acquisition of the 5th Generation F-35 fighters, the F-16 aircraft upgrade program, as well as the operational value of the 116th Combat Wing based in Araxos.

According to Mr. Plessas, “Greece’s incorporation in the F-35 will take place with the acquisition of 18 – 24 aircraft,” noting that the 116th Combat Wing is a pan-European combat unit, with the most combative fighters handled by the greatest NATO pilots.”

Question: Mr. Plessas, to begin with, I would say that many may not be aware that Araxos hosts the most advanced version of the F-16, the F-16 Block 52+ Adv…

Answer: For many NATO Air Forces, the F-16 is undoubtedly the most effective 4th Generation aircraft. The F-16, known as the Fighting Falcon, has served and continues to serve as an unparalleled multi-role fighter, with excellent performance, integration of advanced technologies, and is rightly the internationally-preferred candidate aircraft to receive future upgrades, which will allow it to operate with the F-35.

Question: When was the last time you visited Araxos and what did you do there?

Answer: As you know, in Araxos, Lockheed Martin undertook, in combination with the Offset agreement for the F-16 Block 52+ Advanced, the complete reconstruction of the infrastructure of the 116th Combat Wing.

As a result of this radical modernization of the Unit, the 116th Combat Wing is a pan-European combat unit with the most combative fighters, handled by NATO’s greatest pilots.

Any investment made in an Air Force combat unit is an excellent investment in shielding the country and strengthening its defence capabilities in the troubled area we live in. Greek pilots and F-16s are the sleepless guards of the Greek skies.

Question: At the same time, the upgrade program of 84 F-16s is underway. Tell us about it and how the interoperability of the upgraded F-16s with the F-35s will be ensured.

Answer: When switching from 4th to 5th Generation fighter jets, the F-16 should be viable and strong against its advanced rivals.

The upgrade program provides enhanced capabilities that allow the F-16V to operate smoothly with the F-35. In this integrated role, the upgraded F‑16V and F-35s will multiply the overall combat effectiveness of the Air Force.

The upgrade program of 84 F-16s, which has been implemented since the beginning of 2019, includes the version of the F-16 Block 52+ Adv of Araxos which, as you rightly mentioned, is currently the most advanced aircraft of the Air Force.

Question: However, it is a fact that the acquisition of F-35s by Greece has been put on the table. Do you think this purchase will take place, and if so, how many aircraft are we talking about?

Answer: The F-35 fighter is currently the only 5th generation aircraft with stealth technologies (hiding from enemy radar), advanced sensors, data fusion capabilities, network-centered capabilities and full interoperability, as I mentioned above, with the upgraded F-16s of the Air Force.

The success of the F-35 is based on the fact that it will be able to replace more than 13 4th generation fighters and other multi-role platforms.

The Air Force has recognized the importance of integrating such a weapon system into its fleet. Given the fact that these fighters can only be purchased through a transnational agreement and not directly from the company, the decision to implement such a program is up to the two governments.

I estimate that, in the first phase, Greece’s incorporation in the F-35 will take place with the acquisition of 18-24 aircraft.

Question: At the same time, of course, the Greek government decided to purchase a squadron of Rafale fighter jets following concise procedures. What is your comment on this?

Also read: French Rafale fighters | The agreement, their equipment and the time frame for their arrival

Answer: I never comment on the decisions of the Greek government. The acquisition of Rafale is a transnational agreement and is fully respected by all of us.

Question: The question, however, remains whether we will finally get the F-35s and if so, with what offset obligation. At this point, let me tell you that the former Minister of National Defence, Spilios Spiliotopoulos, says that the F-16s that Greece purchased while he was in office were acquired with the best offset agreements…

Answer: The offset agreements, as you know, have been abolished by the European Union. Lockheed Martin, before the abolition of offsets, was the only company that had fully complied with the institutional framework of the Ministry of Defence for the provision of offset obligations, arising from similar armament programs.

The list of relevant programs that have been implemented in our country by Lockheed Martin, in the context of the acquisition of F-16 aircraft, in the last 25 years, is too long to be fully presented in this interview.

Indicatively, I would like to mention significant investments in the domestic defence industry, not only in state-owned companies, such as Hellenic Aerospace Industry (HAI), but also in a significant number of private ones: the co-production of important structural components of F-16 and C-130J aircraft by HAI for the entire global market of the said aircraft, infrastructure projects in Air Force Units (of Araxos too), development of new manufacturing potential in HAI, and much more.

As for the F-35, despite the fact that the offsets are no longer valid, their acquisition signals and requires both the creation of new infrastructure and the transfer of know-how to the country.

This event will significantly help the Greek defence industry and, of course, the country’s economy, by creating new highly specialized vacancies.

Lockheed Martin, having a strategic partnership with the Hellenic Armed Forces for more than 70 years, will help in this direction, in case of implementation of an F-35 fighter acquisition program.

Question: Do you think the US policy in the Southeastern Mediterranean will change under President Joe Biden?

Answer: It is too early to make assessments about the presidency of Joe Biden. I hope and believe that the new US administration will act in accordance with international law on EEZ and Greek-Turkish disputes.

Question: How many years have you been in this position?

Answer: I have spent more than four decades in the business development of the aerospace industry. It is a very dynamic engagement, which requires great and continuous effort, both in the domestic and global market of aviation defence equipment.

Question: Which do you think has been your biggest success so far?

Answer: I believe that success constitutes offering services with honesty, transparency, diligence, consistency and understanding to the customer and their requirements. Given the issue of the country’s defence shield, it is necessary to respect the financial sacrifices of the people, as well as the consistent and absolute transparency of the operational, technological and industrial contractual obligations.

The National Council, chaired by President Nikos Anastasiadis, will meet at 11 a.m. this morning to brief political party …

Barriers across the Green Line to deal with illegal immigrant crossings

The Republic of Cyprus, aware of the hybrid warfare Turkey wages by sending dozens of illegal immigrants…