Cyprus honours the Republic heroes who fell during coup 47 years ago
Defence Redefined
Published on 15/07/2021 at 08:27 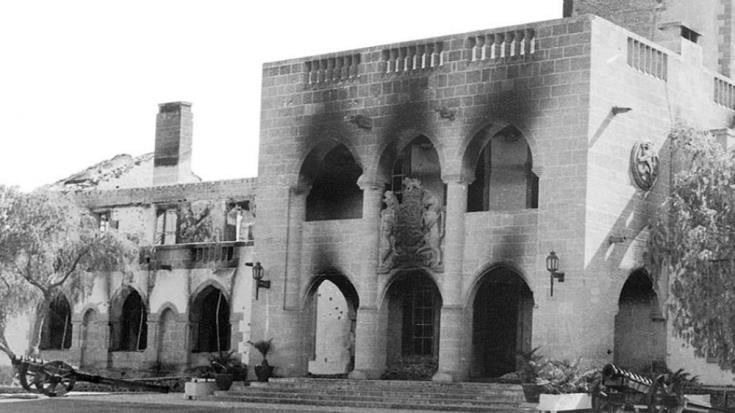 The people of Cyprus today honour with various events those who fell heroically during the treacherous coup of July 15, 1974, defending democracy and the rule of law.

Forty-seven years later, the heroic resistance of the legitimate forces of the state and hundreds of volunteer citizens who defended the Republic against the tanks of betrayal and national oppression is commemorated for another year.

At 8.20 in the morning, at the time of the coup, sirens will sound in all cities with the signal to start an alarm.

With the treacherous coup that morning of July 15, 1974 against the elected President of the Republic of Cyprus, Archbishop Makarios III, the action of the military junta of Athens and its collaborators in Cyprus (EOKA B) aimed at overthrowing the legitimate government, opening the back door to the Turkish Attila and giving Turkey the opportunity, which was sought for years, to promote its expansionist policy against Cyprus, a policy that caused death, destruction and led to the continued occupation of our ancestral lands by the Turkish invading army.

In the morning of that black day, the tanks of the colonels’ junta and their settlers in Cyprus carried out a coup d’etat with the slogan “Alexander entered hospital”. Two phalanxes of tanks enter the road network in order to neutralize the presidential guard. Makarios was at the Presidential Palace welcoming a group of Greek children from Egypt and fled with his companions. The Presidential Palace, the Archdiocese and other targets are hit by armoured vehicles and tanks. The coup leaders occupy the Cyprus Broadcasting Corporation (RIK) and falsely announce that Makarios is dead and Nikolaos Sampson is sworn in as President.

But Makarios was not dead. He addresses a speech from a Paphos radio station to the Cypriot people, saying, among other things:

“Greek Cypriot people, the voice you hear is familiar. You know who is talking to you. My name is Makarios. I am the one you chose to be your leader. I am not dead, as the junta of Athens and its representatives here would like me to be. I am alive. And I am with you, competitor and flag bearer in the common struggle. The junta coup failed. I was the target of the junta and as long as I live the junta in Cyprus will not take over. Cyprus Hellenism does not tolerate coups and dictatorships. The junta used armoured vehicles and tanks to carry out a coup, but the resistance of the men of the Presidential Guard, the resistance of our people, stopped the armoured vehicles, stopped the tanks. The only achievement of the junta was the occupation of the Radio Broadcast Corporation to broadcast lies and to talk about a supposed change of government.”

The junta, Makarios said, decided to divide Cyprus and called on the people not to obey its orders and to resist.

The attack on the Presidential Palace was not the only one. More were carried out in cities and many villages of Cyprus to suppress the resistance. Blood was shed with dozens dead and hundreds injured. Blood, which was to be shed with even more tragic consequences only a few days after the Turks invaded the island.

Today, we honour these fellow human beings, the heroes of the resistance who gave their lives to defend democracy during the coup.