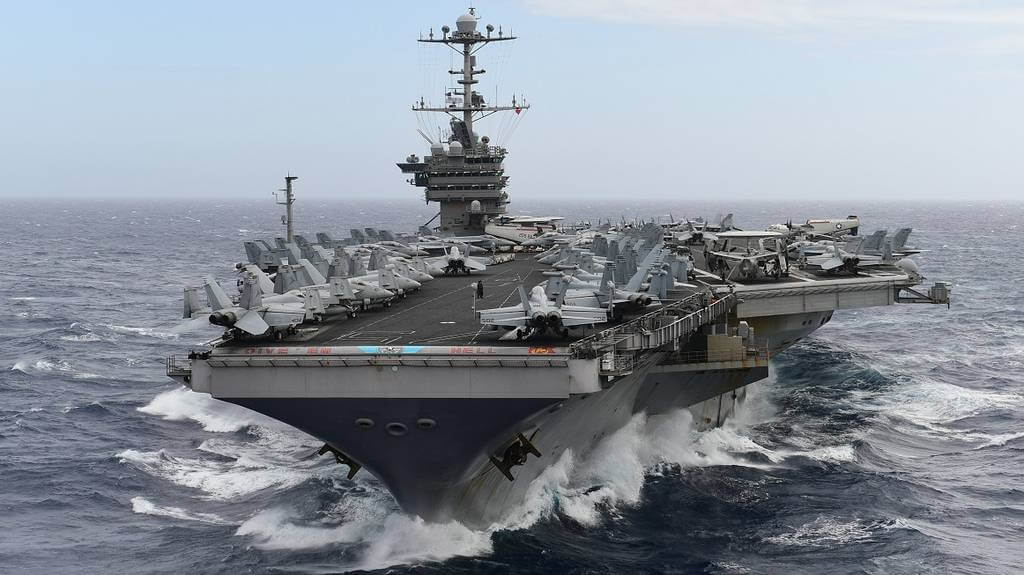 The American aircraft carrier “Harry S. Truman” arrived at the Marathon naval base in the Gulf of Souda yesterday, where it was towed to K14 pier shortly after 11:00 and will be in Chania until January 3.

The aircraft carrier has a displacement of 103,000 tons, develops a speed of 30 knots and two nuclear reactors are used for its propulsion. It is 333 meters long, with a 78-meters beam, while its height reaches 74 meters. The area of ​​its deck exceeds 4.5 acres.

The “Harry S. Truman” is a Nimitz-class nuclear aircraft carrier and is named after the 33rd President of the United States. It was launched in 1996 and joined the US Navy in 1998.

The US aircraft carrier can accommodate 90 fighter jets and has 2,500 cabins with a capacity of 6,500 people. It also has a TV station, gyms, museum and post office.

During its stay, the approximately 5,000 crew members will have the opportunity to visit the city and other parts of the Regional Unit.