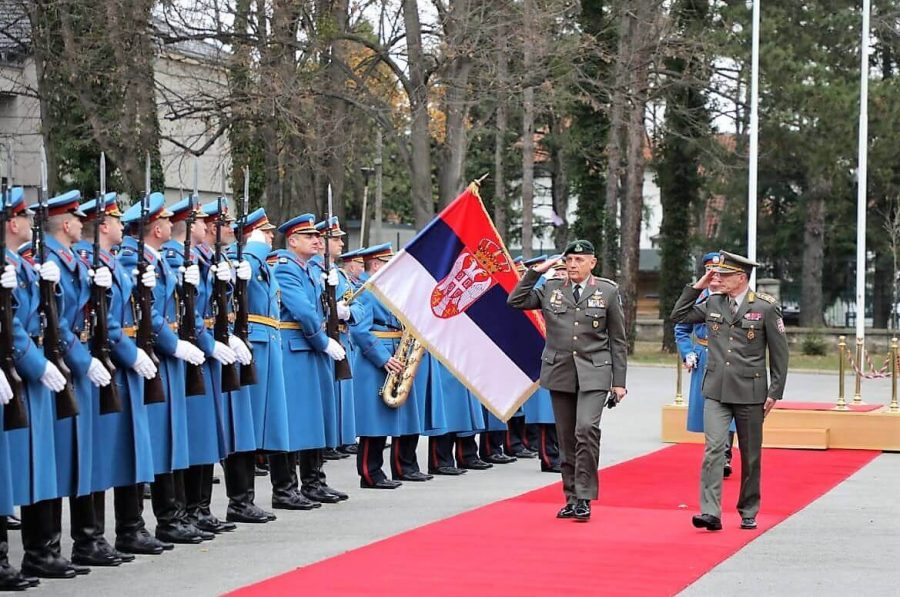 From Wednesday 8 to Friday 10 December 2021 and after the invitation of the Chief of the General Staff of the Serbian Armed Forces, General Milan Mojsilović, the Chief of the Hellenic National Defence General Staff, General Konstantinos Floros, paid an official visit to Serbia. In addition to his talks with his counterpart, the Chief of Defence also met with the Deputy Prime Minister and Defence Minister, Mr. Nebojša Stefanović PhD, as well as with the Minister of Foreign Affairs, Mr. Nikola Selaković. 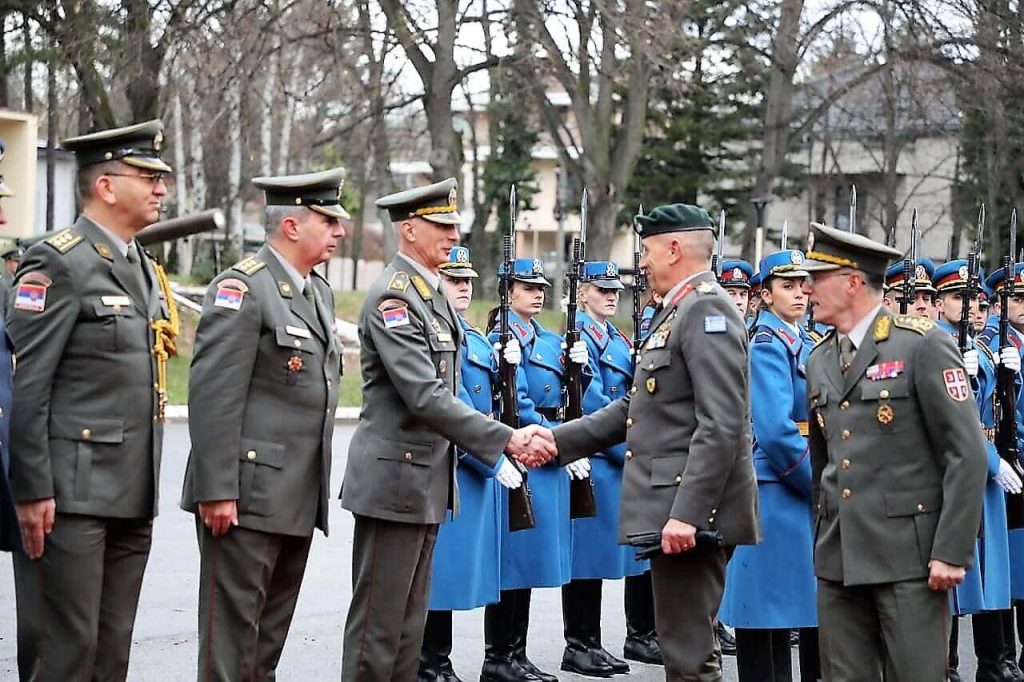 On Thursday (December 9th), the Chief of Defence laid a wreath at the Monument to the Unknown Soldier in Avala, Belgrade, followed by an official reception at the General Staff of the Serbian Armed Forces. Both during his personal meeting with General Milan Mojsilović and in the ensuing talks, issues of mutual interest were discussed with emphasis on current regional and international developments, the general political climate and security challenges in the Balkans, Eastern Europe and the South Mediterranean as well as the possibilities of further deepening of the Greek-Serbian Military Cooperation in the context of their joint efforts for the consolidation of security and the maintenance of stability in the wider region. 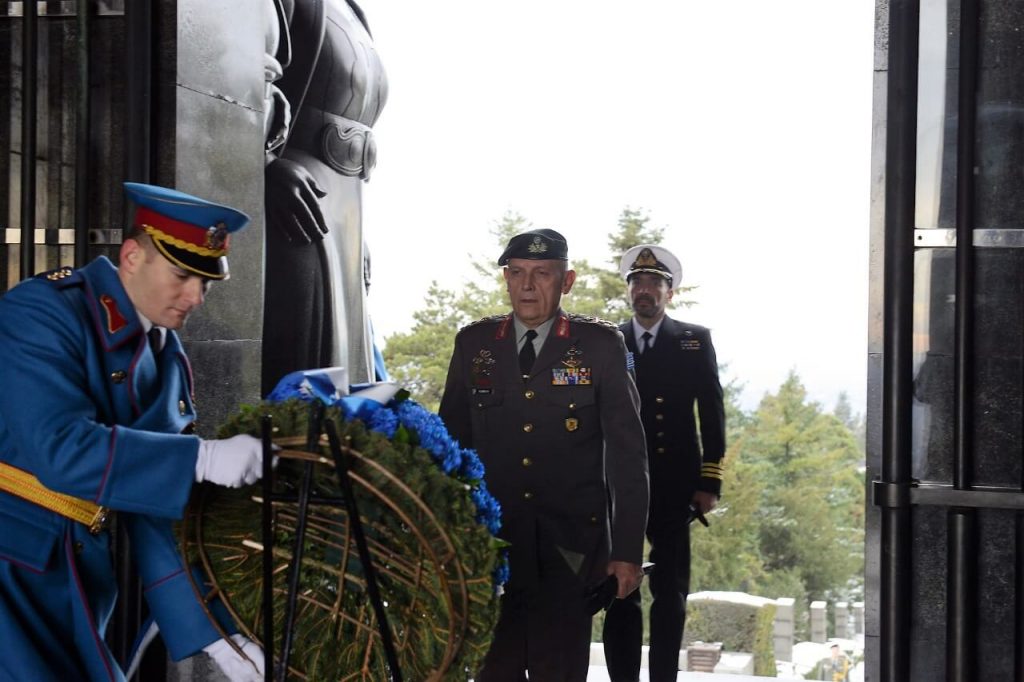 They also noted that the cooperation between the Armed Forces of the two countries is constantly developing with the introduction of new actions and is characterised by continuous qualitative and quantitative improvement, which contributes to the mutual upgrade of the operational capabilities of Greece and Serbia and strengthens their mutual trust and long-lasting relations.

The two Leaders also referred to the plethora of training activities and joint exercises that take place at bilateral and multilateral levels and constitute the focus of the Military Cooperation of the two Countries, as well as their joint participation in the European Union Battle Formation (HELBROC) led by Greece.

During the separate meetings of the Chief of General Staff with the Deputy Prime Minister and Minister of Defence, Mr. Nebojša Stefanovi Ph.D., and the Minister of Foreign Affairs, Mr. Nikola Selaković, also attended by the Ambassador of our country to Belgrade, Mr. George Diakofotakis, the discussions focused on security challenges in the Balkans, Southeastern Europe and the Eastern Mediterranean, the long-lasting close relations between Greece and Serbia as well as their Military Cooperation which strengthens the two countries’ military capabilities. The two Ministers also expressed their appreciation and gratitude to Greece for its support to Serbia within the EU and NATO, as well as to the Kosovo issue, for which they expressed the hope that our country will diligently continue to have the same stance.

Referring to the efforts and the important contribution of the Hellenic Armed Forces in the role of our country as a pillar of security and stability in the region, the Chief of Defence reiterated the position of the Minister of Foreign Affairs of November 2, 2021 on Kosovo. Greece is pleased with the de-escalation of tensions in northern Kosovo and supports the Special Envoy’s efforts for the Belgrade-Pristina dialogue.

Also, during his stay in Serbia, the Chief of Defence visited the Greek Embassy in Belgrade, where he had the opportunity to talk with the Greek Ambassador, Mr. George Diakofotakis, and meet with its personnel.