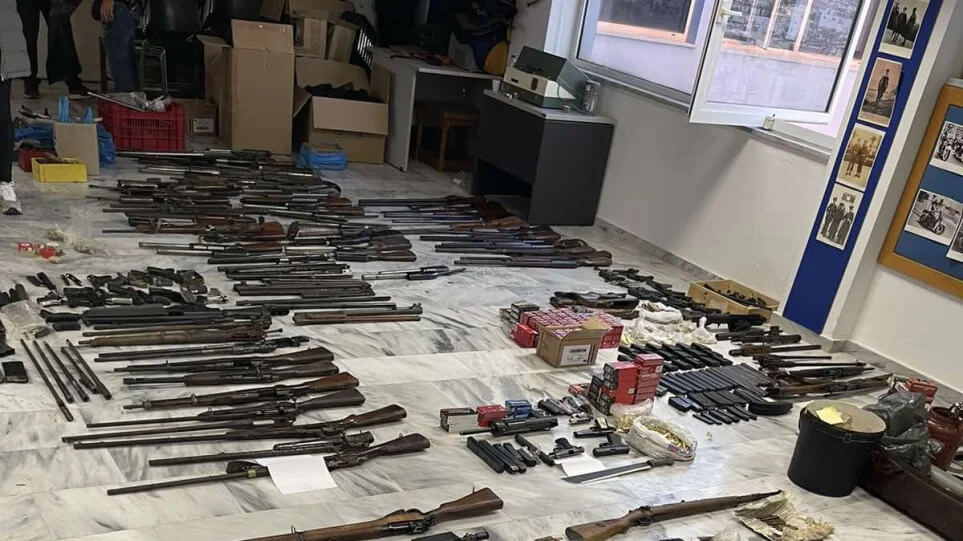 Weapons were discovered during an unexpected investigation that was conducted on Tuesday morning in areas of the municipalities of Apokoronas, Kissamos, Kantanos – Selinos, and Chania, as part of a large-scale operation to dismantle an arms trafficking and reconstruction network.

Until now, three fully-equipped laboratories have been identified, where a lot of illegal weapons were found and seized and seven members of the network were arrested for acquiring the weapons, repairing them, and putting them up for sale. 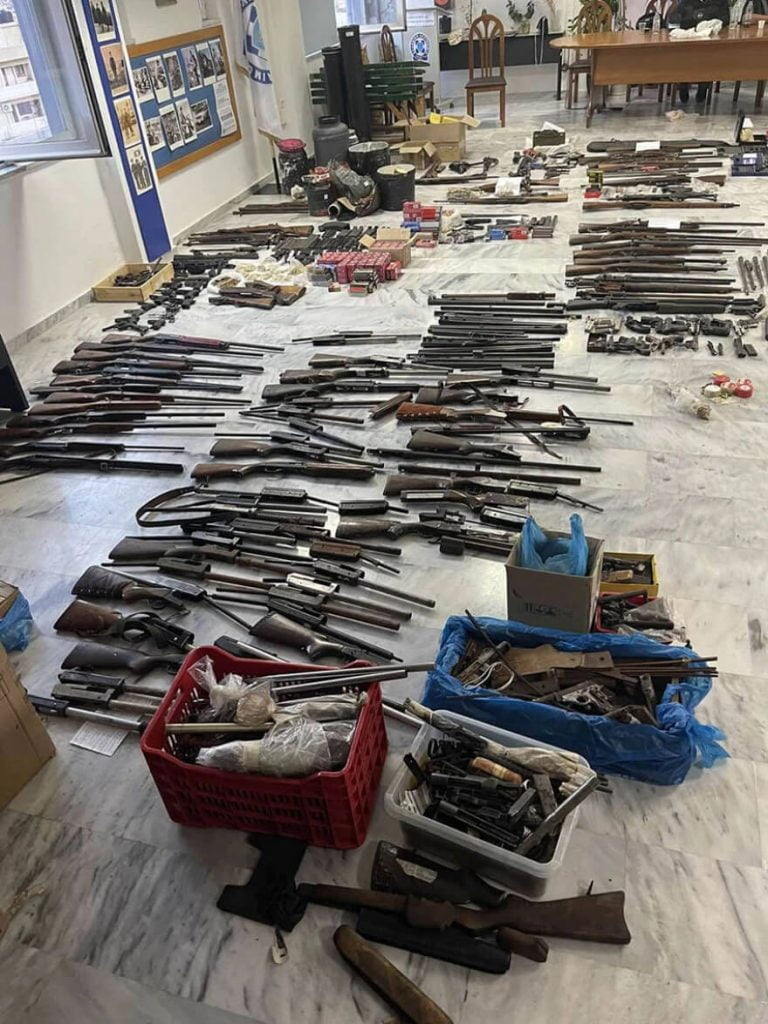 According to the police press release, an arms trafficking organization was dismantled in Chania, where a variety of weapons, pistols, revolvers, and cartridges were seized.

In the framework of an extensive police operation, which took place yesterday, Tuesday, October 19, 2021, by police officers of the Organized Crime Department in collaboration with police officers of the Chania Security Sub-Directorate and in various areas of Chania, a criminal arms trafficking organization was dismantled.

Seven (7) people were arrested, members of the network and in the three fully-equipped illegal weapon laboratories were found and confiscated, among others:

The arrested seven are being held and interrogated at the Security Authority of Chania, while the investigations are underway with additional investigations and possible further arrests expected to follow.