ARMAMENTS
Cerbair | Lessons learned from the Houthi drone attacks in the UAE
Defence Redefined
Published on 27/02/2022 at 18:30 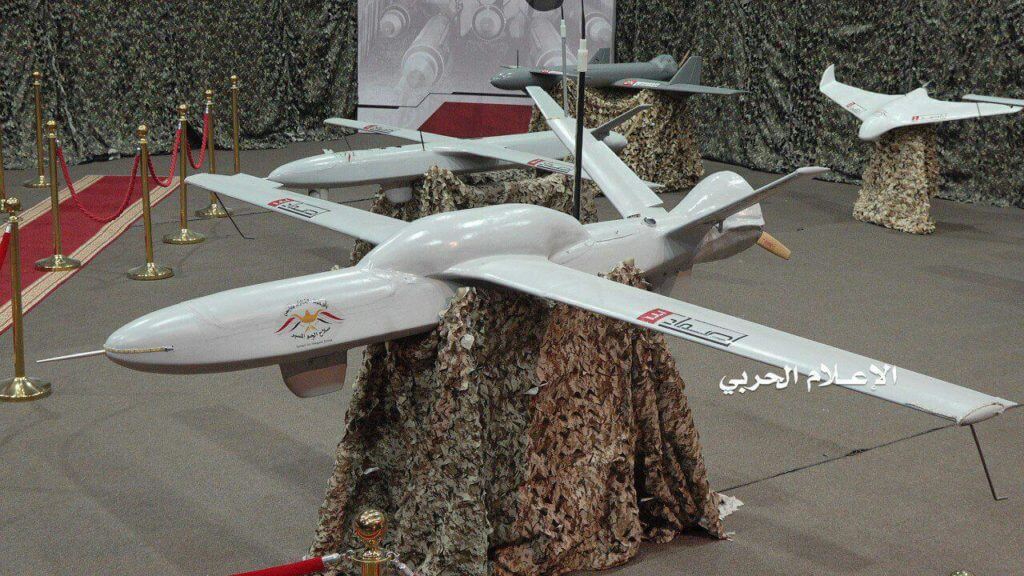 In its recent analysis, the French company Cerbair is trying to reflect on the lessons learned from the drone strike carried out by Houthi rebels in Abu Dhabi.

Cerbair has been active in the field of drones since 2015, offering systems for their detection and neutralization. The analysis focuses on the type of drones deployed and whether existing air defence systems of the UAE (along with those expected to be received) are appropriate to deal with such drones.

On January 17, 2022, Houthi rebels launched two “suicide” drones from Yemen, the first of which hit Abu Dhabi’s International Airport and the second the National Oil Company’s (ADNOC) oil depots south of Musafa, resulting in the death of three people and the injury of six others.

According to Cerbair, the air defence systems installed around the city of Abu Dhabi consist of five MIM-23 HAWK and three MIM-104 PATRIOT system  batteries.

These systems were not designed to destroy small targets at very low altitudes, but they can be effective at a relatively short range, on the condition that the associated radars are able to detect and follow the targets, which is far from obvious in an urban environment as dense as that of the administrative capital of the United Arab Emirates.

The two attacks took place at difficult positions for the air defence. They occured away from the nearest air defence units (distances of about 12-15 km), while the attacking drones probably flew at a very low altitude (Nap-of-the-earth) so as not to be detected by radars. 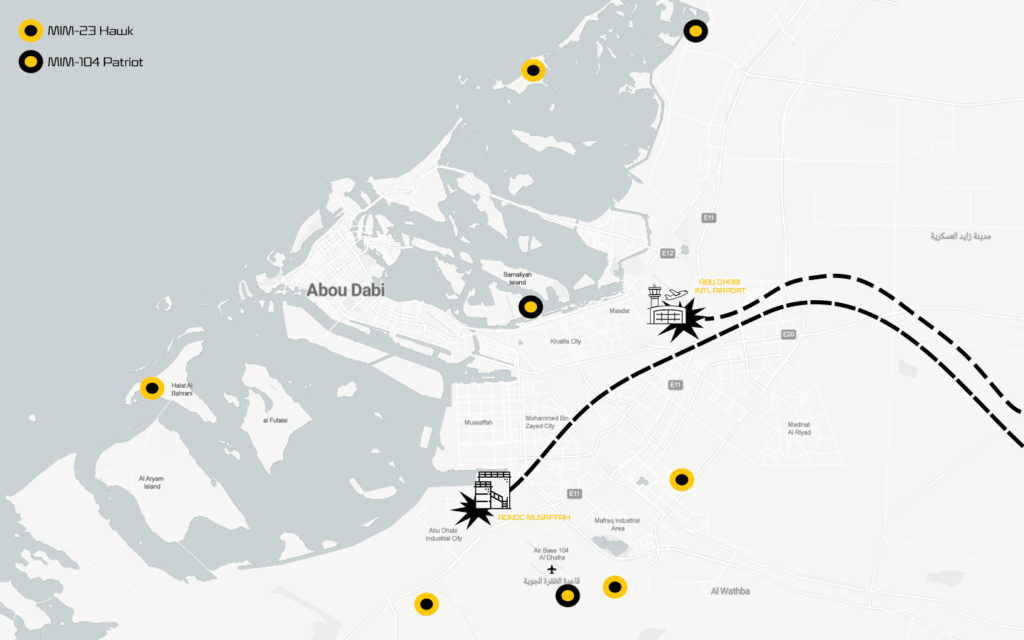 Regarding the type of the attack drone, Cerbair estimates that the Unmanned Aerial Vehicles (UAVs) Samad-3 were deployed. These drones have a wingspan of 4.5 meters, a length of 2.8 meters and a range of 1,600 kilometers. In addition, the Samad-3 can fly at altitudes up to 8000 meters, develop a speed between 200 to 250 km/h featuring a 40 kg payload. They are powered by a 2-stroke, twin-cylinder engine while the navigation system is inertial, readjusted by satellites such as GPS, GLONASS, GALILEO, etc.

Samad-3 overall design and flight control electronics are directly derived from model aircraft thus its performance is closer to the cruise missile. This results in making it very difficult for the existing UAE air defence systems to deal with it.

That exactly is the point that the French company’s analysis focuses on, raising the question of whether the Israeli anti-drone system SKYLOCK is capable of dealing with such threats.

SKYLOCK consists of a detection radar operating at 3 GHz frequency range, a radio frequency jamming system that detects the direction of incoming signals and an optronic system responsible for target tracking and identification.

Neutralization is ensured by an active jamming system on the WiFi frequency bands (2.4 and 5.8 GHz), GSM and GPS frequencies. The effective range of the jamming would reach 2.5 km. The company also showcases an interceptor drone which comes in the form of a quadcopter with a maximum range of 4 km.

Cerbair believes that while the SKYLOCK is without any doubt capable of detecting drones of this size with its 360-degree radar coverage, it is questioning its ability to provide early warning due to the Samad-3 high cruising speed (approximately 60 meters/second). 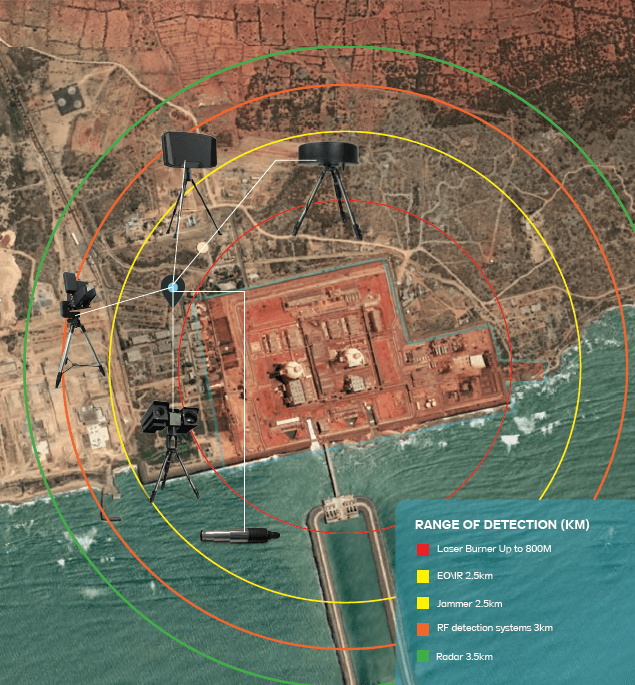 As for interception, only the jamming of the GPS signals could cause relative discomfort by degrading its accuracy but, given the effective range of the jamming, it is unlikely that the drift generated will be sufficient for the Samad-3 to magnify its target. And again, this assumption is only valid if the target is within the range of the jammer because, once out of the jamming zone, the drone will immediately correct its route.

In addition, the SKYLOCK quadcopter interceptor is probably not capable of dealing with a drone moving at such a high speed.

The analysis of the French company concludes that an anti-drone system cannot deal with all types of drones, while in the case of the UAE, other systems are more suitable for dealing with such “tailor-made” threats. In the short term, the best asset of the UAE to counter such attacks in the future relies on the PANTSIR (50 systems have been acquired by the UAE; minus a handful lost in Libya). Moreover, the UAE is still seeking to acquire the Israeli anti-aircraft system “Iron Dome”, or even the Barak-8 in parallel with the recent order for the South Korean system Cheongung II (KM-SAM2). The Cheongung II is co-developed with Russia based on the S-350 and S-400 and is conceived to replace the MIM-23 HAWK. For its part, Russia offers the UAE its TOR-M2KM to protect its sensitive sites worldwide.

Furthermore, what is of crucial importance is the ability of non-state actors such as the Houthis to very carefully prepare such operations and build “handcrafted” missiles using simple materials. The low cost of production and use of such weapons, in contrast to the costly use of anti-aircraft assets, adds to the economic dimension of modern asymmetric threats.