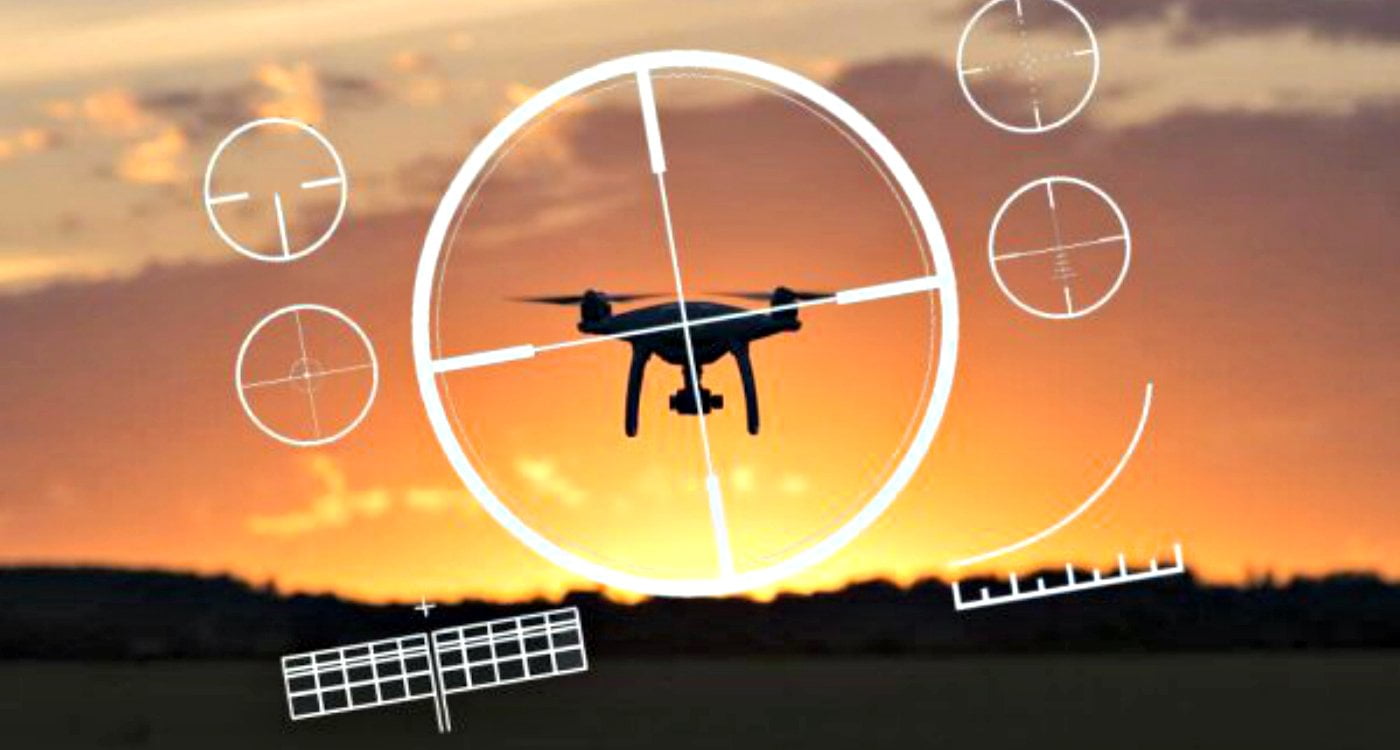 Unmanned Aerial Vehicles (UAVs) or drones are any type of flying vehicle that does not have a pilot on their fuselage, but operates either autonomously or by remote control. Unmanned aerial vehicles usually take the form of a small airplane or helicopter with one or more engines and propellers for a controlled flight by a ground operator. The term multicopter or multirotor is used to determine the number of motors or propellers. In this article, we will look at small drones that are (usually) not engaged by conventional air defence systems such as missile launchers.

The huge growth observed in recent years in the use of small-sized drones with propellers (e.g. quadcopters) tends to be a “headache” for the Security Forces and the Armed Forces of each country since, due to their small size, their relatively low cost and ease of handling, they can even be converted from entertainment devices into weapons, make a surprise attack by hitting effectively and without warning ground targets via explosive cargo.

A typical example of such an attack took place on March 6, 2020, when US forces guarding oil and gas fields in eastern Syria were attacked by small drones throwing improvised explosive devices.

The frequent reckless use of small drones nearby airports for videotaping or photography purposes has repeatedly troubled authorities with the risk of a plane -drone crash being particularly high. A recent example is the “freezing” of Gatwick Airport in the United Kingdom between 19-21 December 2018, which resulted in affecting about 1000 flights! 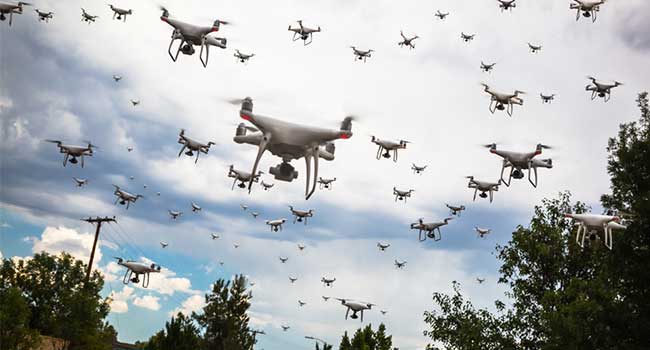 To combat this new threat, smart systems have been built in recent years (Counter-Unmanned Aircraft Systems / C-UAS). Below, we present two of these systems, which work differently, the Israeli Drone Dome and the Russian Sapsan-Bekas.

According to the manufacturer Rafael, the Drone Dome provides a comprehensive solution for the implementation of a No-Fly UAV Zone, achieving effective protection against enemy drones.

The Drone Dome has the ability to detect unknown targets (UAVs) without causing interference to non-target airborne assets by utilizing specific jammer bandwidth and an advanced directional antenna. This is a significant asset of the Drone Dome system when operating in highly congested airspaces like airports. The system can be used as a stationary (e.g. in a building) or mobile as well as customized per customer’s request. 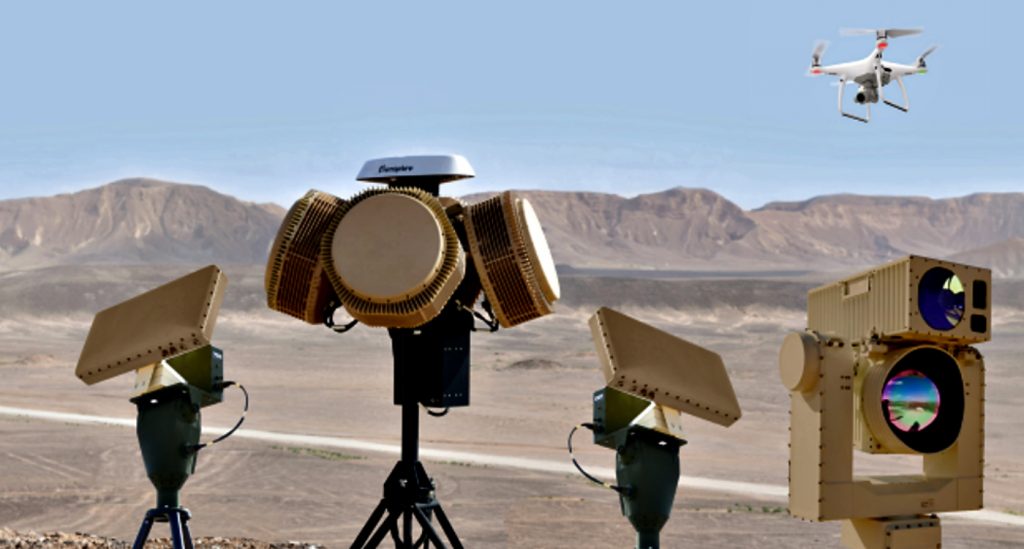 The Drone Dome can detect very small targets of 0.002m2 in a range of 3,500 meters, it has the ability to rotate 360 degrees and operates in all weather conditions. It can engage drones either by jamming (soft kill) or using a powerful laser beam. The system is also capable of operating while it can be supported by additional sensors and effectors.

According to the manufacturer Avtomatika Concern (which is part of the Russian Rostec), the system has the ability to detect unmanned aerial vehicles of both civil and military type in distances up to 10 km and neutralize them in distances of about 6 km, jamming communication between operator -UAV. It operates in a wide range of frequencies from 400 MHz to 6 GHz. It works on the “Friend or Foe” (IFF) principle and does not affect UAVs whose information is in their database. The system is versalite and can be installed in vehicles according to customer requirements. 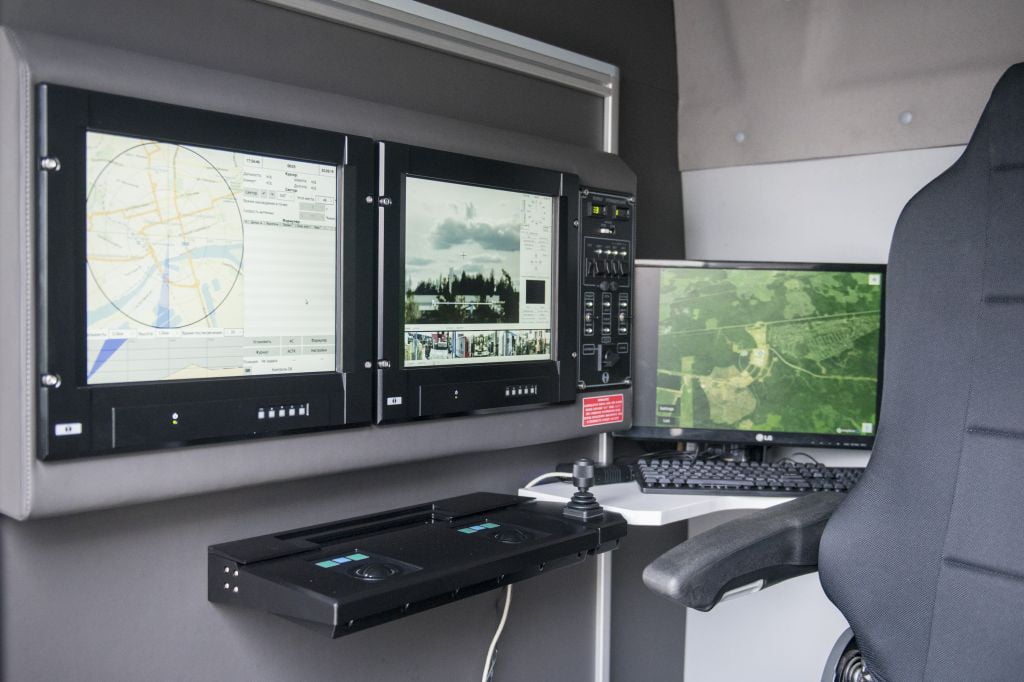 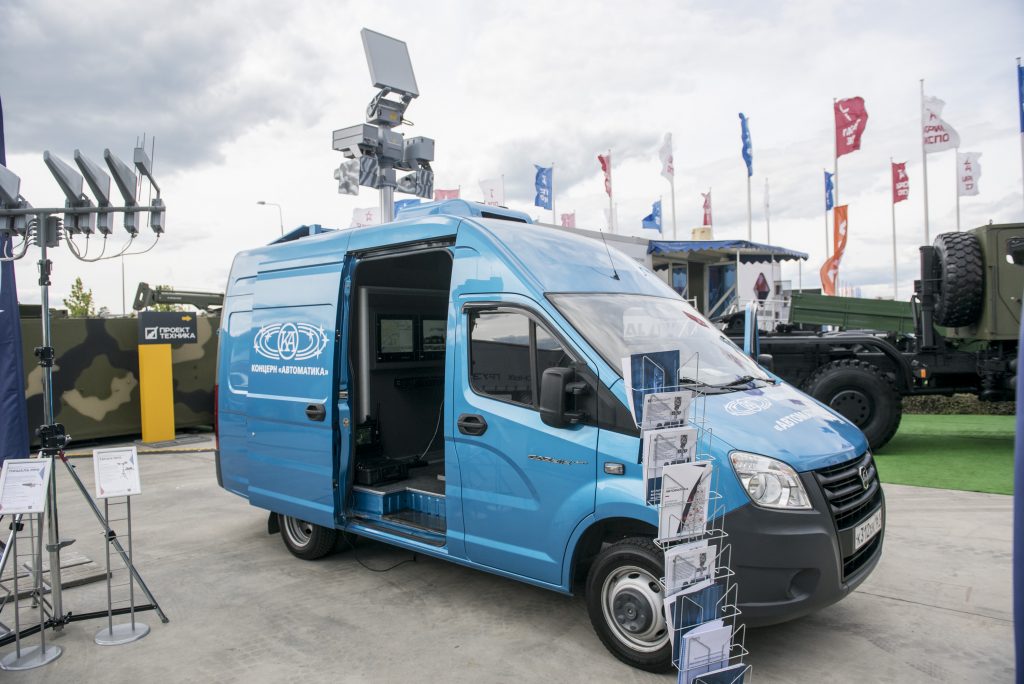