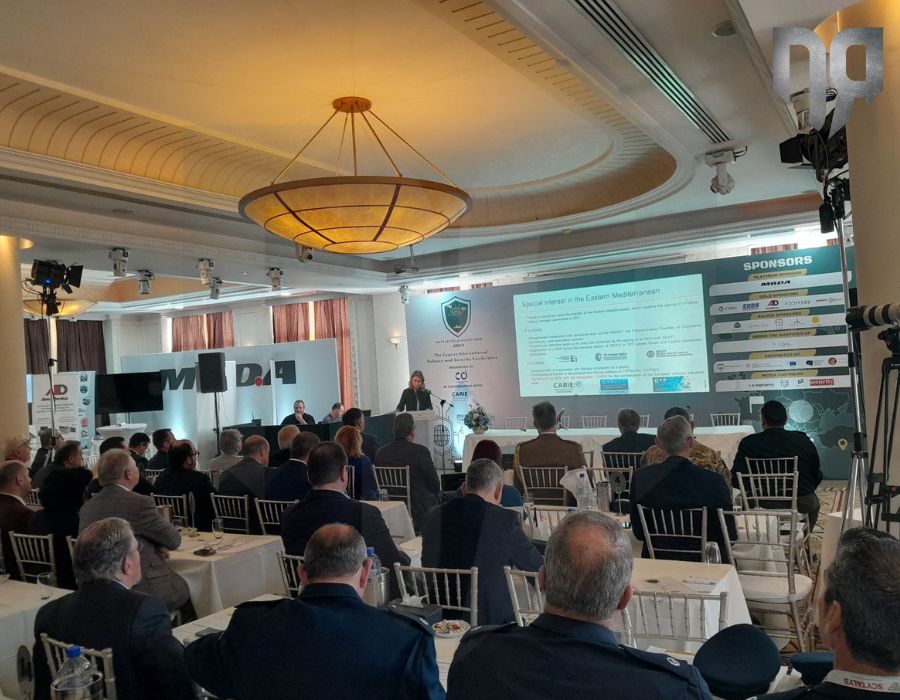 The opening of the “BATTLEFIELD ReDEFiNED 2023” International Defence and Security Conference took place with the attendance of a large number of stakeholders from the European and domestic defence ecosystem.

The first topic of the conference was dedicated to the possibilities of developing a strong Defence, Security and Aerospace industrial base in Cyprus, utilising the industrial aspects of the European Defence Cooperation and EU’s financial tools.

The introductory speech was made by the President of CARIE, Dr. Tasos Kounoudes, who referred to the Cypriot Innovation Ecosystem, which through various Research and Development programs, is expected to become one of the main pillars of the Cypriot economy in the coming years. 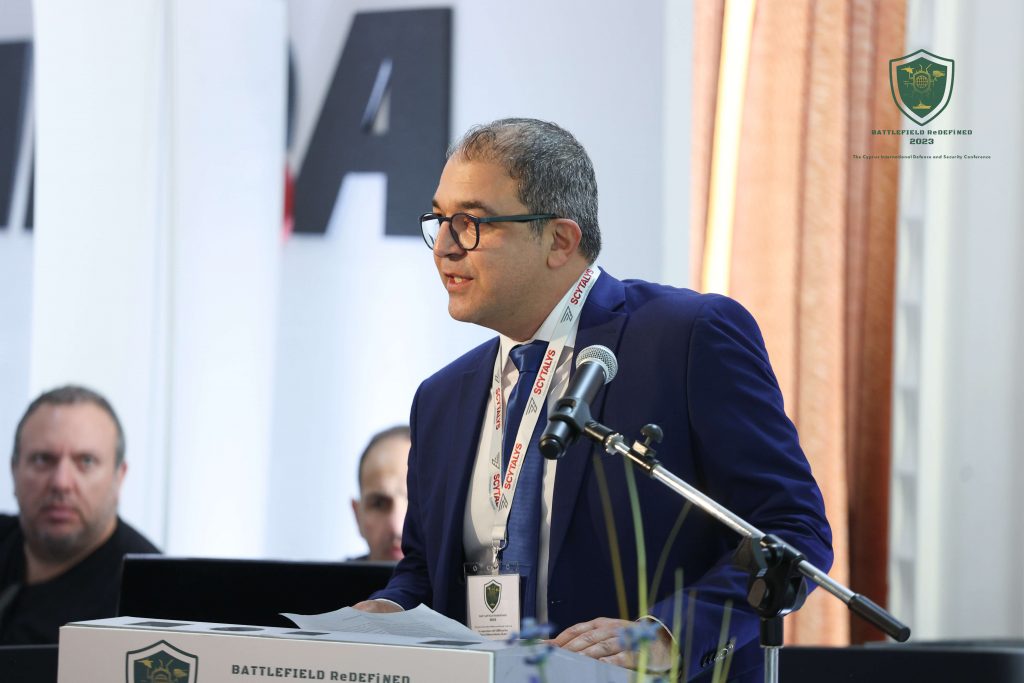 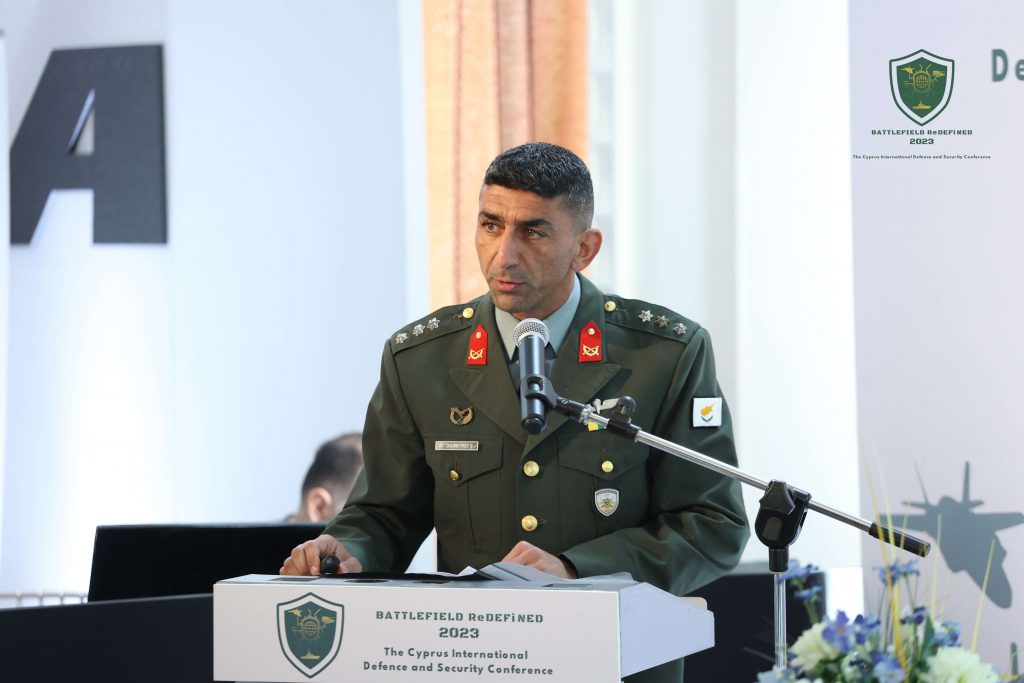 The purpose of these tools is the development of European capabilities in defence through the support of domestic ecosystems. On this basis, the Ministry of Defence of the Republic of Cyprus has increased both human and funding for optimal results, while it is noteworthy to state that there is an increasing participation of the private sector in these tools.

This whole effort according to Mr Hatzidimitriou is not a “philological” effort, but has already produced tangible results such as the presentation of the PANDORA cyber defence platform.

Of course, according to Mr. Hatzidimitriou, the challenges regarding competitiveness and the continuous inflow of human and financial resources remain and should be addressed with the necessary attention.

Following on, the floor was taken by Mrs. Getter Oper, an official of the European Commission’s Directorate General for Defence Industry and Space (DG DEFIS), which focused exclusively on opportunities to develop cyber defence capabilities from the European Defense Fund. 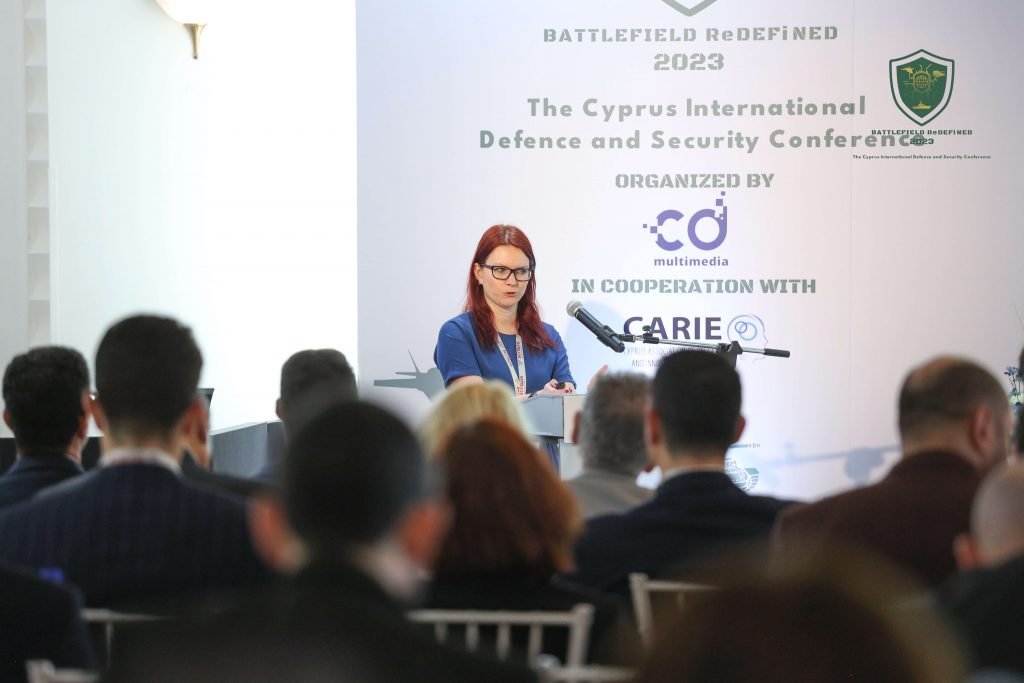 Mrs. Oper highlighted the new dynamics that have developed in the Defence sector, while it was mentioned that now the key approach to developing defence capabilities is cooperation and cross-border Defence Research and Development.

The role of the Fund in this effort is to create the necessary conditions in order to further develop the already existing ecosystem with a multi-year development plan (2021-2027).

In particular, special weight is given to small and medium enterprises (300-400 SMEs) through access to business coaching services, but also financial tools (bonuses, awards) for participation in thematic or non-thematic proposals of 17 different categories. Complementarily, the EUDIS tool is expected to offer additional resources and opportunities related to innovation programs.

Finally, Mrs. Julie Fievet, representative of GICAN for the maritime cooperation programs with Greece and Cyprus stepped up to the podium. 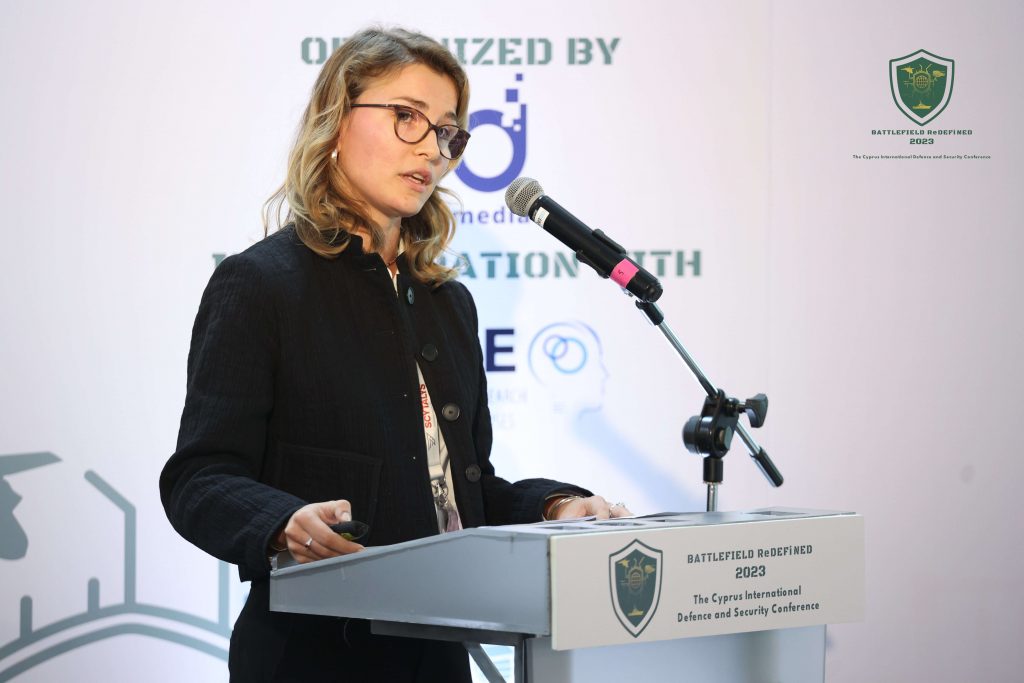 Mrs. Fievet reported that 86% of GICAN’s activities are in the Defence sector with 70% participation by small businesses and 15% participation by med-size enterprises. At the same time, she emphatically communicated the French partnership’s interest in the Eastern Mediterranean, stating that Cyprus and Greece are privileged allies.

In fact, at this point she recalled the cooperation between GICAN and SEKPY, as well as the signing of a Memorandum of Understanding between GICAN and CARIE, both of which confirm the strong ties of these industries.

She also did not fail to note the French-Cypriot collaborations in European programs such as Marseus and Commands between the companies SignalGeneriX, Additess, Eight bells, Atos, and MBDA.

The DEFENCE ReDEFiNED team will continue to update you on the highly interesting proceedings of the Conference.