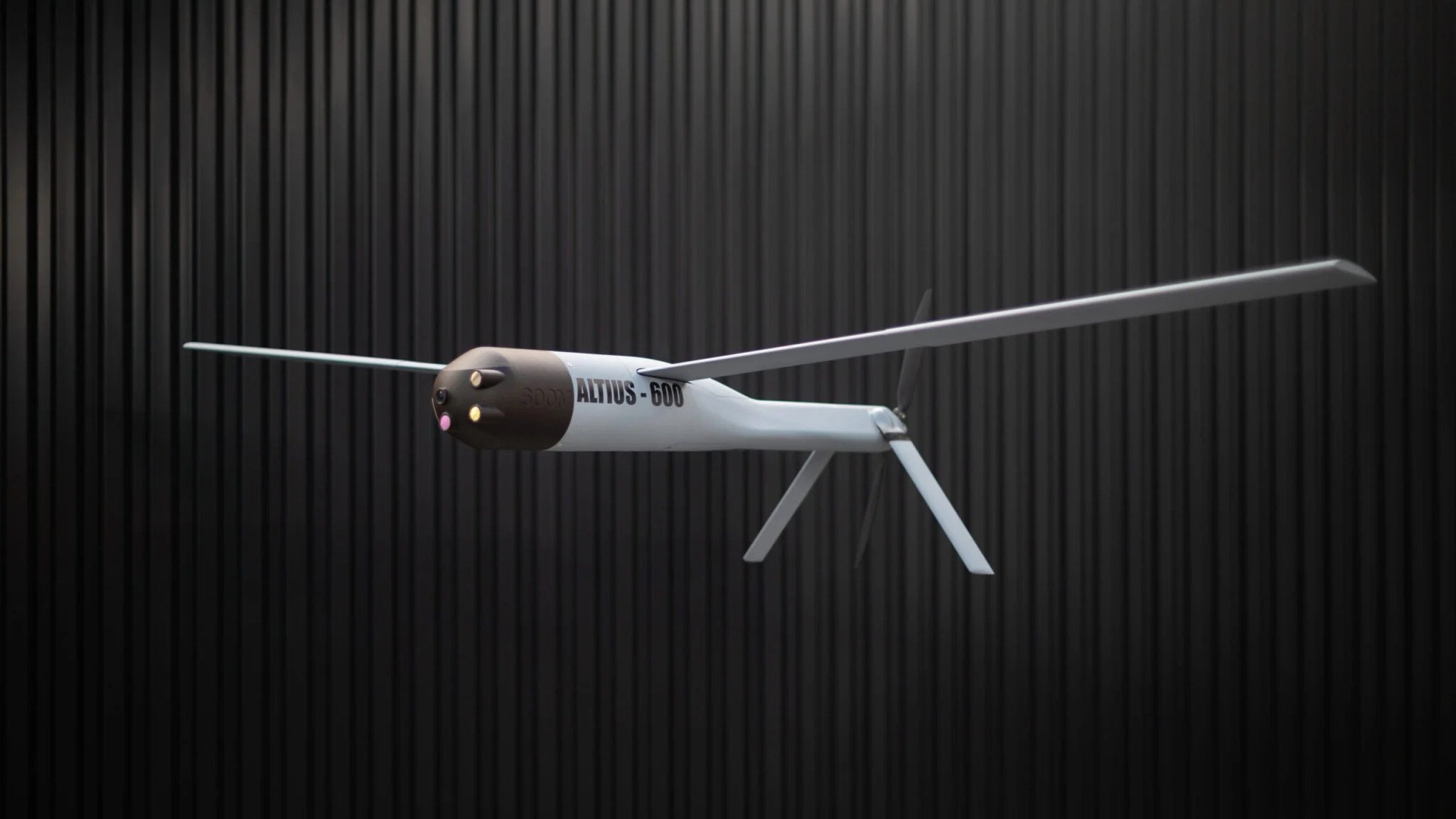 Specifically, these variants are an adaptation of the Altius 600 and Altius 700 UASs that turn the system into a loitering munition, capable of scanning an area of ​​interest, detecting and identifying hostile targets as well as deciding independently – or not – whether to lock on or engage such targets. These capabilities are products of, among others, advanced algorithms developed and enhanced by artificial intelligence (AI) technologies.

Loitering munitions had initially been developed to suppress/destroy enemy air defence systems (SEAD / DEAD missions). Yet these early systems were limited in their selection of targets, that is, homing in on radiation-emitting threats such as radars. Now, these platforms can be fitted with sensors that allow for more detailed target acquisition.

According to the company, the Altius 600M and 700M variants are of modular architecture capable of carrying a variety of warheads, including a warhead weighing as much as 35 lb for the 700M variant.

The Altius 600M and 700M are designed for deployment by air, mobile, ground, and maritime platforms, giving them multidomain launch capability, while the company also claims that the Altius platform is autonomous, to wit no human intervention is needed, and one operator is able to control multiple assets (swarming). Based on these, Altius has demonstrated autonomous coordinated strike, target recognition, and collaborative teaming.

The original Altius 600 UAS has been used extensively for testing the US Army’s “air-launched effects” idea – a concept for launching a scouting UAS from a helicopter. Further, the said system can also be launched from fixed-wing aircraft and ground vehicles. The Altius 600M and 700M loitering munition variants retain the same launch capabilities, Anduril says.

Area-I, the company that developed the Altius and was bought by Anduril in 2021, mentioned that the systems’ modularity allows it to carry a variety of payloads, including intelligence, surveillance and reconnaissance sensors, radio frequency decoys, signal intelligence sensors, electronic warfare equipment and loitering munition warheads.

Yet, it is the first time that the company has officially unveiled warheads for these products.

Anduril has not officially disclosed the range of the Altius 600M or the 700M, but the Altius 600 reconnaissance version has a 4-hour endurance and an operational range equal to 276 miles. The company has previously stated that the 700’s range is about 25% greater than that of the 600.

According to an executive of Anduril, this will be a large family of systems that will grow in the years to come.