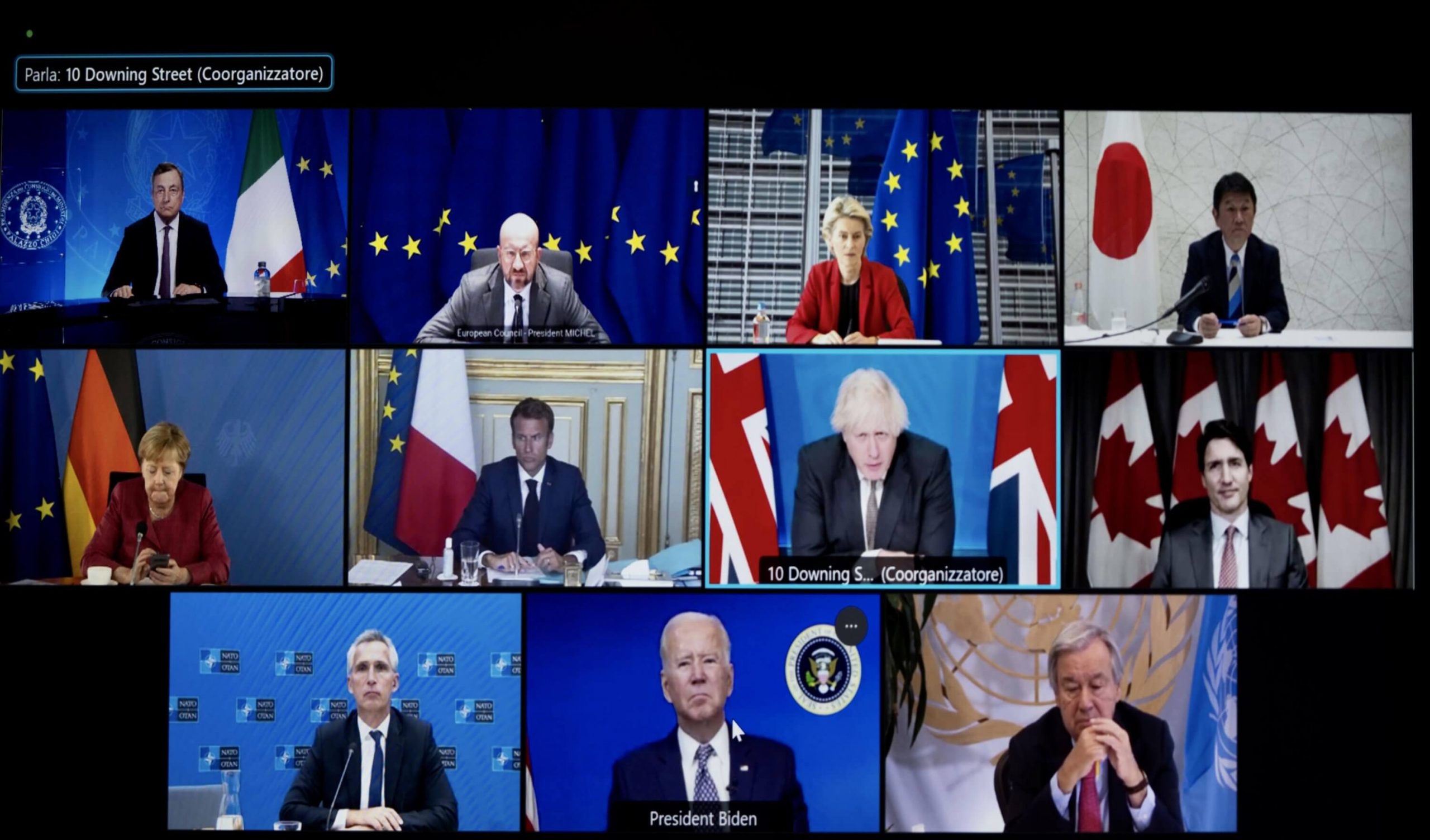 G7 national leaders – from France, Germany, Italy, the UK, the USA, Canada, and Japan – as well as the heads of NATO, UN, and EU executives – convened on Tuesday to discuss the situation in Afghanistan, but statements made after the meeting suggest they remain sharply divided over how to handle the matter.

In a joint statement, they said that the immediate priority is to ensure the safe evacuation of our citizens and those Afghans who have partnered with us and assisted our efforts over the past twenty years as well as to ensure continuing safe passage out of Afghanistan.

At the same time, they stressed that they would judge the Afghan parties by their actions and not by their words, echoing previous warnings to the Taliban not to return to the strict Islamic form of government they had when they were last in power.

US President Joe Biden has decided to maintain August 31st as the deadline for the complete withdrawal of US forces from Afghanistan. The decision came after talks with his G7 counterparts, with the Taliban urging the United States not to extend evacuation operations from Afghanistan beyond that date, as it would be considered an extension of the occupation in the country.

France poses as a priority that the Taliban commit to the fight against terrorism by breaking all ties with terrorist organizations.

Canadian Prime Minister, Justin Trudeau, stressed that the international community has some very clear expectations and demands from the Taliban if the latter want them to engage in a constructive and positive way, either financially or in terms of food security.

Angela Merkel mentioned that the summit did not set new dates regarding the end of the evacuation mission, adding that intensive discussions were underway on whether a civilian airport could be used after that deadline and that Germany is ready to work with Afghanistan’s neighbors, such as Pakistan and Iran, to help refugees.

Italian Prime Minister, Mario Draghi, has focused on the need for a wider response to developments. Draghi reiterated that the new situation in Afghanistan should be addressed by an extraordinary G20 summit and that it is useful for countries such as Russia and China to take part in the whole process.

At the same time, Italy called for the completion of operations by Western countries to leave Afghanistan by August 31st, provided that they can continue to enter the country safely and remain in Kabul, as in all other Afghan cities, all the involved international humanitarian organizations.

Italy also pointed out that it is ready to use the funds earmarked to support the armed forces under Ashraf Ghani so as to provide humanitarian assistance to the Afghan people.

Also read: UN Security Council | Calls for an end to violence and for national reconciliation in Afghanistan