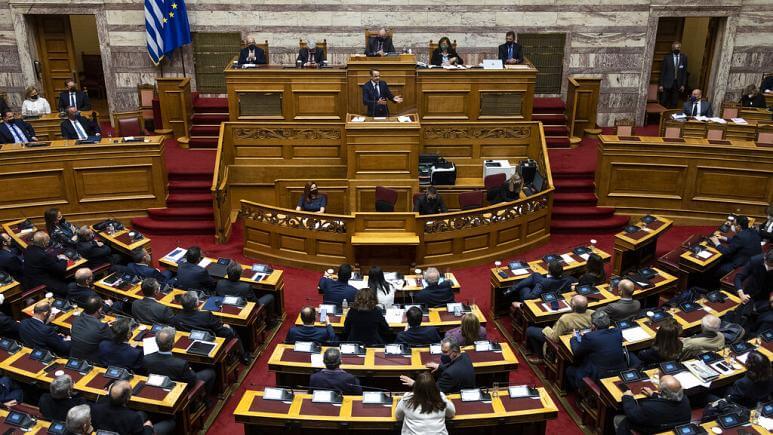 The speech of the Ukrainian President Volodymyr Zelensky in the Greek Parliament has been scheduled for Thursday, April 7, at 12 noon.

The date of Mr. Zelensky’s speech was finalized after a meeting the Speaker of Parliament Konstantinos Tassoulas had earlier today with the Ambassador of Ukraine to Greece Sutenko Sergi.

Talked to the Prime Minister of Greece @kmitsotakis. Told about the humanitarian situation in the blocked cities and thanked for the help provided by his country. The defense cooperation of 🇬🇷 and 🇺🇦 was discussed.

Prime Minister Kyriakos Mitsotakis had invited Mr. Zelensky to speak via teleconference in the Greek Parliament during a telephone conversation on March 25.