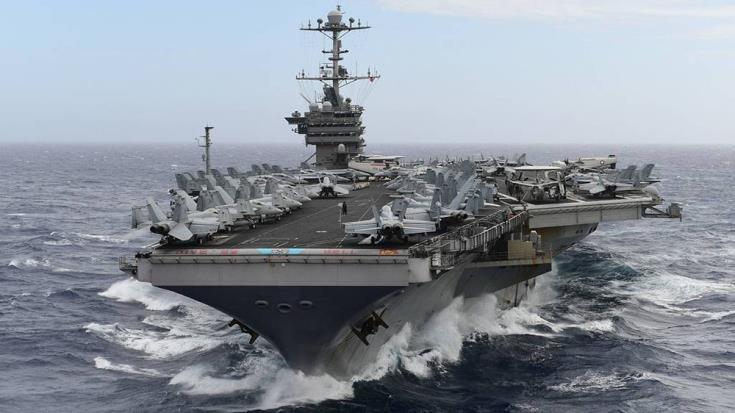 The US admiral leading the Harry S. Truman aircraft carrier strike group said on Wednesday that he would not speculate about what comes next after the completion of multinational exercises in the Adriatic Sea in the coming days. Navy regulations prohibit public statements on future operations.

However, as the US Pentagon is looking for ways to reassure NATO allies after the deployment of some 100,000 Russian troops near the Ukrainian border, the USS Harry S. Truman is a symbol of US military might and NATO capabilities in an area on the brink of conflict.

“The decisions on where to deploy a US strike group are made by the Secretary of Defence,” said Rear Admiral Curt Renzo, before adding: “but we are ready to operate anywhere. We planned to be on an extensive deployment when we left Norfolk (Virginia) and we intend to be able to operate wherever we are needed the most.”

The strike group, which was placed under NATO operational control, is in the Adriatic Sea for drills that include coordinated maneuvers, anti-submarine warfare training, and long-range shoots. The drills will last until the 4th of February. When the “Neptune Strike 2022” exercise was announced, NATO said it was the first time since the Cold War that a fully-deployed US aircraft carrier had been placed under NATO command.

The Pentagon noted that USS Harry S. Truman’s involvement in “Neptune Strike 2022” shows that the NATO alliance is “united, capable and strong.”

Earlier on Wednesday, the United States announced it would send about 3,000 troops to Poland and Romania to reinforce its Eastern European NATO allies in the face of what Washington calls a “threat” of a Russian invasion of Ukraine.

Russia denies plans to invade its neighbor but says it could take unspecified military action if certain security guarantees are not met, including NATO’s commitment to never admit Ukraine in the Alliance.