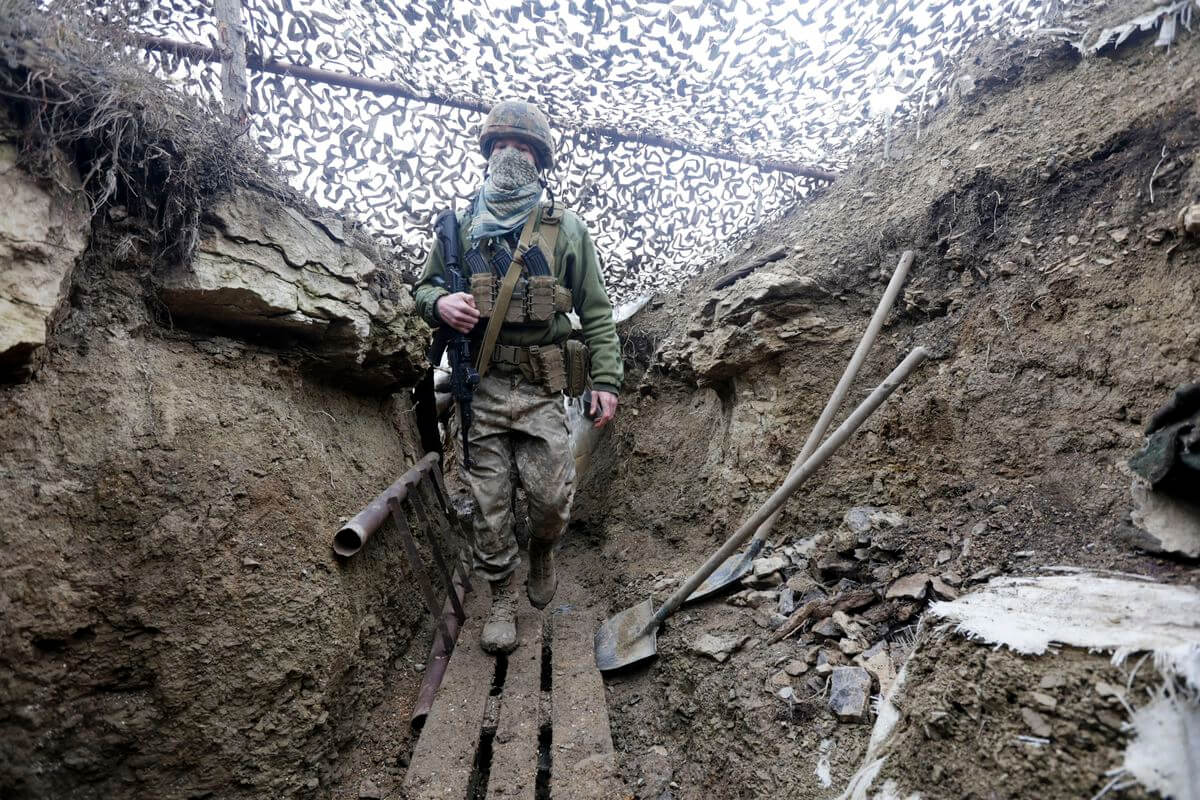 Washington refers to the deployment of Russian troops on the border with Ukraine as a “threat to world peace and security” and convenes on Monday the UN Security Council on the issue.

“More than 100,000 Russian troops have been deployed near the Ukrainian border and Russia is pursuing further destabilizing action against Ukraine, which poses a clear threat to world peace and security and to the United Nations Charter,” stated the US Ambassador to the UN, Linda Thomas-Greenfield.

This was preceded by a lengthy telephone conversation between Ukrainian President Volodymyr Zelensky and his US counterpart Joe Biden on joint efforts to de-escalate tensions with Russia.

“We discussed the current diplomatic efforts aimed at de-escalation (of tension) and agreed on joint actions in the future. I thanked President Joe Biden for his continuous military assistance. We also discussed the possibility of financial assistance to Ukraine,” Zelensky said in a Twitter post.

At the same time, the Kyiv-Brussels line remains open. The Ukrainian Foreign Minister, Dmytro Kuleba, said he had contacted the Chief of European diplomacy, Josep Borrell, and discussed ways to prevent Russia from taking further aggressive action against Ukraine and Europe.

Ukraine and its allies have sounded the alarm over the deployment of tens of thousands of Russian troops near the two countries’ borders in recent weeks, despite Russia’s insistence on having no plans to attack its neighbor.

Unfolding all diplomatic means, the US warns that if Russia invades Ukraine, the controversial Nord Stream 2 gas pipeline will not be activated.

“We continue our talks with our German allies and I want to be clear with you today: if Russia invades Ukraine, one way or another, Nord Stream 2 will not move forward,” said US Under Secretary of State, Victoria Nuland, at a press conference. “I believe that the statements that have been made in Berlin, even today, were very, very strong. We will work with Germany to ensure that the pipeline will not proceed,” she added, reminding that the necessary certification has not been given yet in order for it to become operational.

Washington hopes that Russia will study what the United States has to offer and return to the negotiating table after receiving the written answer it requested. “We are united in our preference for diplomacy. But we are also united in our determination that if Moscow rejects our offer of dialogue, the cost must come immediately and be serious.”

Referring to China, which has publicly expressed its support for Moscow’s reasonable concerns, she said Beijing should use its influence in Russia to prevent it from attacking Ukraine.

“We call on Beijing to use its influence in Moscow to push (the Russians) into diplomacy, because if there is a conflict in Ukraine, it is not good for China either,” she said, noting that such a conflict would have “significant effects on the world economy” and “the energy sector”.

US Secretary of State, Anthony Blinken, spoke by telephone earlier in the day with his Chinese counterpart, Wang Yi.