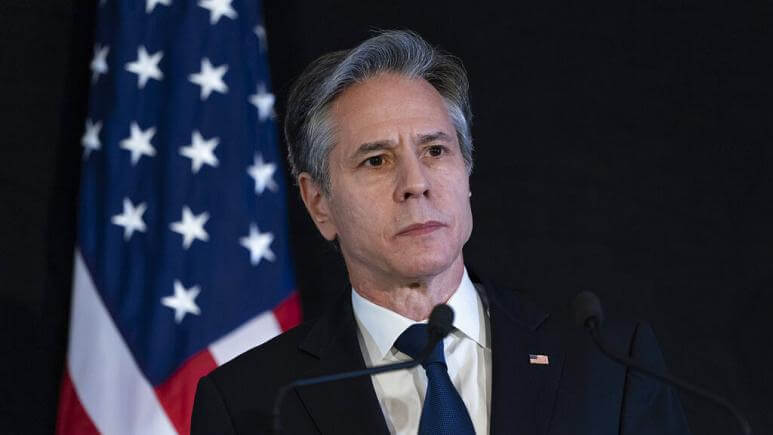 Washington ordered the families of US diplomats serving in Kyiv to depart from Ukraine, “because of the permanent threat of Russian military action,” the State Department said in a statement.

Local personnel may leave the embassy if they wish. US citizens in the Ukrainian territory must now consider their departure by commercial or other privately available transportation options, the Foreign Ministry said in a statement.

At the same time, the US government is urging US citizens to avoid traveling to Russia “because of the tension on the border with Ukraine,” the State Department said. A “strong recommendation” is being made to US citizens to refrain from traveling to Russia, the State Department said in a press release, citing “the likelihood of their harassment”, especially by Russian police, and the arbitrary legislation enforcement.

On Sunday, Russian fighter jets flew to Belarus for a joint military exercise on the border with Ukraine, while Washington sent ammunition and military aid to Ukraine. Yet, in the diplomatic field, there are still tensions between Moscow and the West.

Kyiv has said it intends to dismantle pro-Russian groups in the wake of London’s accusation that Moscow is trying to put pro-Russians at the helm of the Ukrainian government.

In an unusual move, the British government has named specific individuals as possibly involved in the operation and has announced that former Ukrainian elected member of parliament Yevgeny Murayev is the Kremlin’s main candidate to take over the government in Kyiv. Murayev is the leader of the pro-Russian Nassi party, which has no seats in the Ukrainian parliament.

Moscow rejects what Britain has made public. The Russian Foreign Ministry has called on London to stop spreading nonsense and to put an end to the stupid provocations, which are very dangerous at the present time.

The West has rejected Russia’s basic demands from NATO, that is, that Ukraine never becomes a member of the alliance, that allied weapons shall not be deployed near the Russian border, and that it withdraws its forces from Central and Eastern Europe.