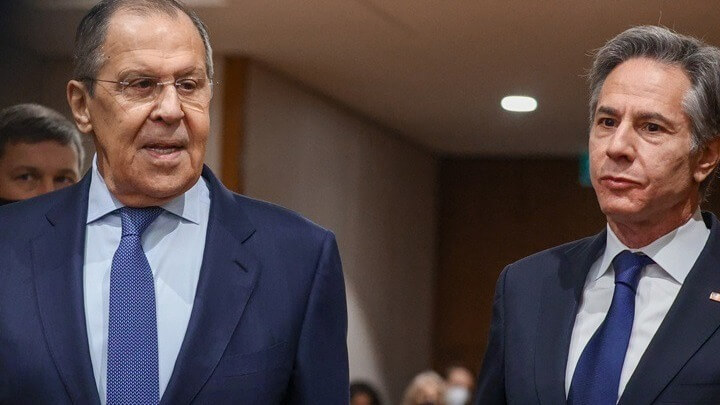 Blinken has announced that he will not meet with his Russian counterpart Sergei Lavrov tomorrow, Thursday, following Moscow’s recognition of the two self-proclaimed People’s Republics in eastern Ukraine as independent states.

“Now that we see that the invasion has begun and that Russia has clearly rejected diplomacy, a meeting at this stage makes no sense,” Mr. Blinken told a joint news conference with Ukrainian Foreign Minister, Dmitry Kuleba.

“We will not allow Russia to use diplomacy as a cover, while at the same time it is accelerating its path to conflict and war,” he said.

However, he said he was ready to continue diplomatic efforts, if Russia was ready to take verifiable steps to prove to the international community that it was serious when it came to de-escalation and finding a diplomatic solution.

The US Secretary of State said that the economic sanctions announced earlier by President Joe Biden will not be the last if Russian President Vladimir Putin realizes his threats against Ukraine. “At any new escalation on the part of Russia, we will react with new rapid and tough measures, in coordination with our allies, in addition to those that have been announced,” he warned.

Mr. Kouleba, for his part, praised the “wave” approach of imposing international sanctions. “This is something that can have an effect, if it continues and lasts,” he said.

Vladimir Putin should by no means assume that the pressure has reached its peak and that it cannot be further punished, he added. “The pressure must continue to rise. And if that means frequent announcements of new sanctions, we will be satisfied. “