INTERNATIONAL RELATIONS
US Mid-term Elections | Greek diaspora with another strong representation in Congress
Defence Redefined
Published on 10/11/2022 at 10:14 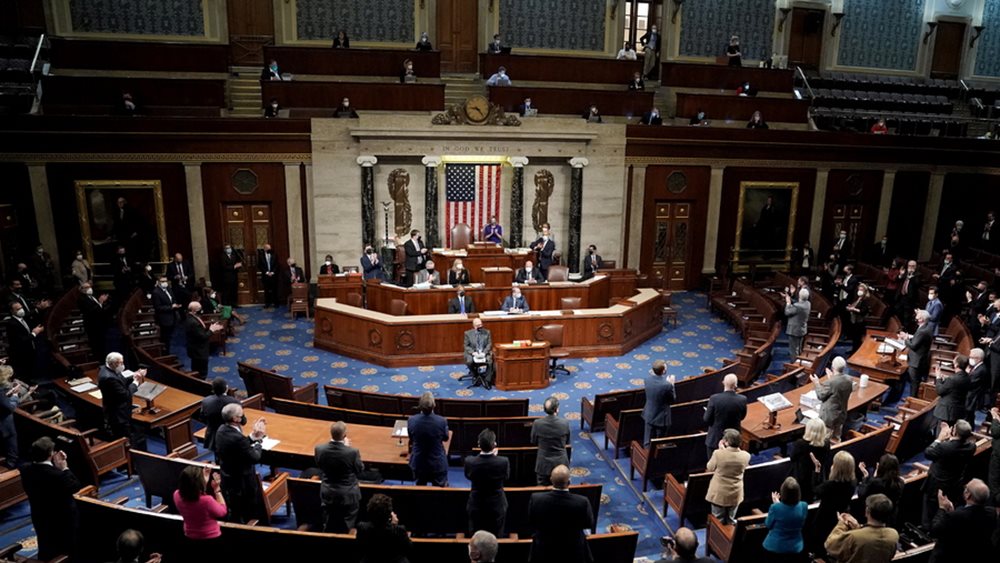 A ‘battle’ for Congress ensues from Tuesday’s “mid-term elections” as Republicans take the lead in the House of Representatives, while Democrats do not surrender the Senate.

However, the results of the mid-term elections in the USA so far will allow the Greek diaspora to have, once again, a strong presence in Congress and state governments.

Both at all levels of the federal government and the local level, many expatriates, as well as Philhellenic politicians, were able to be re-elected or elected for the first time to public office.

In Florida, Gus Bilirakis won by a margin over Democrat Kimberly Walker and renewed his term. In 97% of the polling places, Mr. Bilirakis had gathered more than 70% of the votes.

In New York, Republican Nicole Malliotaki, who had a narrow victory two years earlier, was declared the winner over Democrat Max Rose by more than 20 percentage points.

In Maryland, John Sarbanes was re-elected for another year in Congress. The son of Senator Paul Sarbani has been elected continuously since 2007, when he first ran for office.

In any case, his election is considered pivotal for Greece, as he has supported legislative initiatives, such as the amendment on Turkish F-16s.

Greece, however, gains another ally in Congress. He is the son of Philhellene Bob Menendez, the head of the Senate Foreign Affairs Committee, who shares the same name as his father, and has been elected in New Jersey.

Developments are still awaited for Dina Titus, who faces a tough race in Nevada in her bid for re-election to another term, while Republican Alec Skarlatos failed to make the cut in Oregon.

One of the most important Democratic victories was recorded in the state of Pennsylvania, where 53-year-old John Fetterman overturned the odds and won a seat in the Senate, despite the health problems he has faced in recent months, leaving Mehmet Oz, one of the most important representatives of the pro-Turkish “lobby”, in the second place.

At the state level, Alexis Giannoulias is making a powerful comeback in public life by occupying the Illinois Department of Interior. In New York, Andrew Gounardis and Michalis Giannaris were re-elected. In Florida, Democratic gubernatorial candidate Charlie Crist was defeated by Republican Gov. Ron DeSantis.

Although the Republicans were expected to gain control of the House with relative ease, the supposed “red wave” ultimately did not take place, as the Democrats fared better than expected. The Republicans, however, still have the upper hand there.

Americans will have to wait to find out whether Democrats or Republicans will control the Senate after the mid-term elections, as votes for Senate seats are still being counted in Arizona and Nevada, with a runoff round in Georgia on December 6.

Republicans pinned their hopes on anger over inflation and crime, and Democrats on resentment over anti-abortion efforts as well as on staking the future of democracy in the final days before the election.

The outcome of the House and Senate elections will determine the future of Biden’s agenda and serve as a “referendum” on his administration, as American society is reeling from high inflation and concerns about the country’s direction.

As for the expatriates who managed to emerge unscathed from the electoral battles, renewing their mandate, their agenda also includes the promotion of Greek national issues in Congress.