INTERNATIONAL RELATIONS
UNESCO | Athens-London agree to sit at the negotiating table for the return of the Parthenon Marbles
Defence Redefined
Published on 20/05/2022 at 12:30 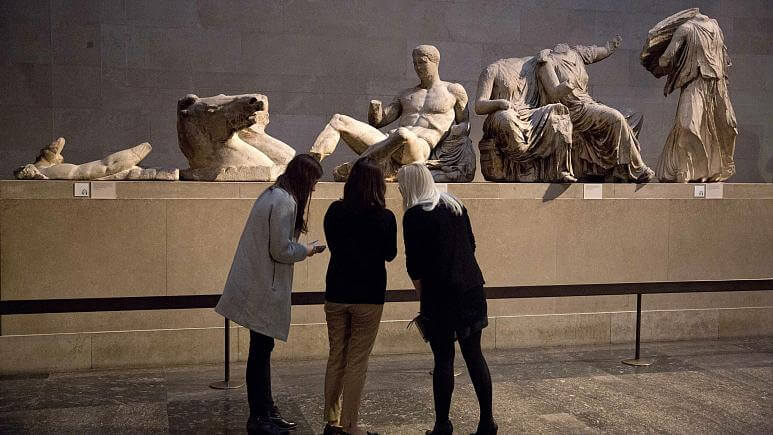 Athens and London reached an agreement – with UNESCO mediation – for direct talks on the return of the Parthenon Marbles. These talks will be held at the level of Greek and British Ministers of Culture.

The above appears in a report by UNESCO in view of the 23rd meeting of the International Intergovernmental Commission for the Promotion of the Return of Cultural Property to their countries of origin, which is currently taking place in Paris (May 18-20).

This 8-page UNESCO report gives an account of the 22nd session and three of its paragraphs refer to the Parthenon Marbles. As it turns out, following a Commission initiative and letters to the two governments, there was a response.

UNESCO reports that the United Kingdom has informed it of its proposal to hold a meeting between Greek Culture Minister, Lina Mendoni, and British Minister for Digital Policy, Culture, Media and Sport, Lord Steven Parkinson.

The proposal was made last month and – almost immediately – there was a positive response from the Greek side on April 29. The meeting of the two Ministers is expected to take place in the near future, without specifying an exact date.

The UNESCO report states the following:

“17. The case of the Parthenon Marbles was submitted to the Commission in 1984. Since then, the Commission has considered the case in its successive meetings and has adopted several recommendations to reach a mutually acceptable solution, calling on the Director-General to facilitate meetings to this end. In many cases, UNESCO has reiterated its readiness to act as a mediator between Greece and the United Kingdom of Great Britain and Northern Ireland in this regard.

At the same session, Resolution 22.COM 6 was adopted, which, among other things, “calls on the United Kingdom to reconsider its position and enter into a good-faith dialogue with Greece on the issue [of the Parthenon Marbles]”. Following Recommendation 22COM.6, the Secretariat sent two letters to the United Kingdom and Greece in March 2022, requesting information and proposing to facilitate dialogue.

The United Kingdom has informed the Secretariat of its proposal to hold a meeting between the Greek Minister of Culture, Lina Mendoni, and the Minister of Digital Policy, Culture, Media and Sports, Lord Parkinson, who hopes to receive a positive response from the Greek authorities. In this regard, Greece informed the Secretariat that the proposal of the United Kingdom was sent to the Greek Minister of Culture on April 29, 2022, and was immediately accepted and a meeting between the parties will be held in due course.

Also read: Meeting between Dendias and Truss | Activation of the Greek-British Memorandum in the field of Defence