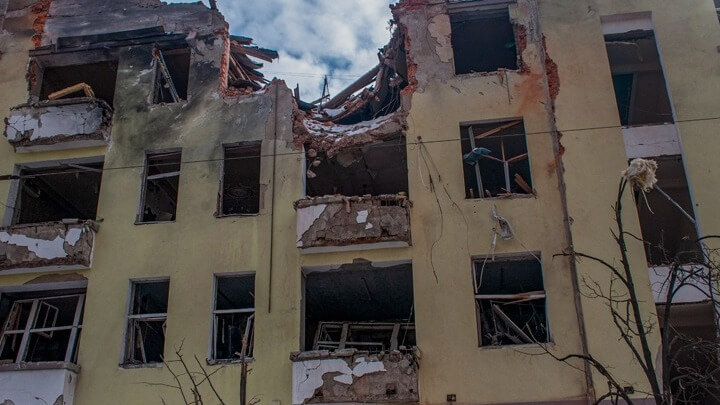 The new round of talks between Russia and Ukraine, which is taking place today via teleconference, started at 10:30 am Kyiv (and Greece) time, said this morning Anton Gerashenko, advisor to the Ukrainian Interior Minister.

The Ukrainian army said today that Russian troops were trying to consolidate their positions in the occupied territories, maintain their pace of attack, and prepare for new attacks, two and a half weeks after Russia invaded neighboring Ukraine. The Ukrainian Army General Staff complained that Russian forces were destroying military and political infrastructure, which is contrary to international humanitarian law, it said.

In the Luhansk region (east), Russian forces are concentrated on the advance towards Severodonetsk. In the cities of Topolsk and Spakivka, in the Kharkiv region, they suffered losses and retreated, always according to the Ukrainian Army General Staff. This information cannot be independently verified.

A Russian attack on a training camp near the city of Lviv (west) yesterday killed at least 35 people and injured 134 others, according to Kyiv. Moscow, for its part, spoke of some 180 dead.

In the midst of hostilities, diplomatic efforts continue and both sides express restrained optimism about their course.

Ukrainian President, Volodymyr Zelensky, said today that he had instructed negotiators to do everything possible to arrange a “meeting” between him and his Russian counterpart, Vladimir Putin. Speaking on Russian state television yesterday, Kremlin spokesman, Dmitry Peshkov, did not rule out the possibility of a meeting between Presidents Putin and Zelensky.