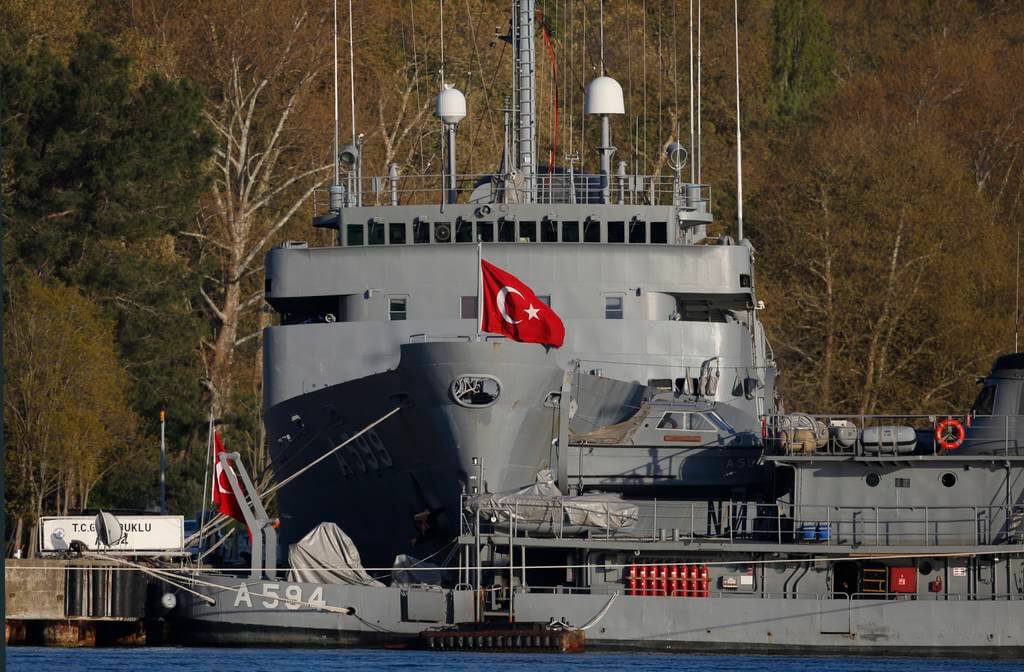 Turkey’s Presidency of Defense Industries (SSB) issued a request for proposals (RFP) for the construction of the sixth, seventh and eighth frigates in the framework of the MILGEM national shipbuilding program.

Ismail Demir, head of the SSB, told Anadolu Agency that “they will continue their efforts to meet the needs of the security forces with the most advanced technologies, aiming at a fully independent Turkey in the defence industry.”

Under the MILGEM program, a total of 8 vessels, 4 Ada-class corvettes that have already been put in service, and 4 class “I” frigates (Istanbul) will be built. 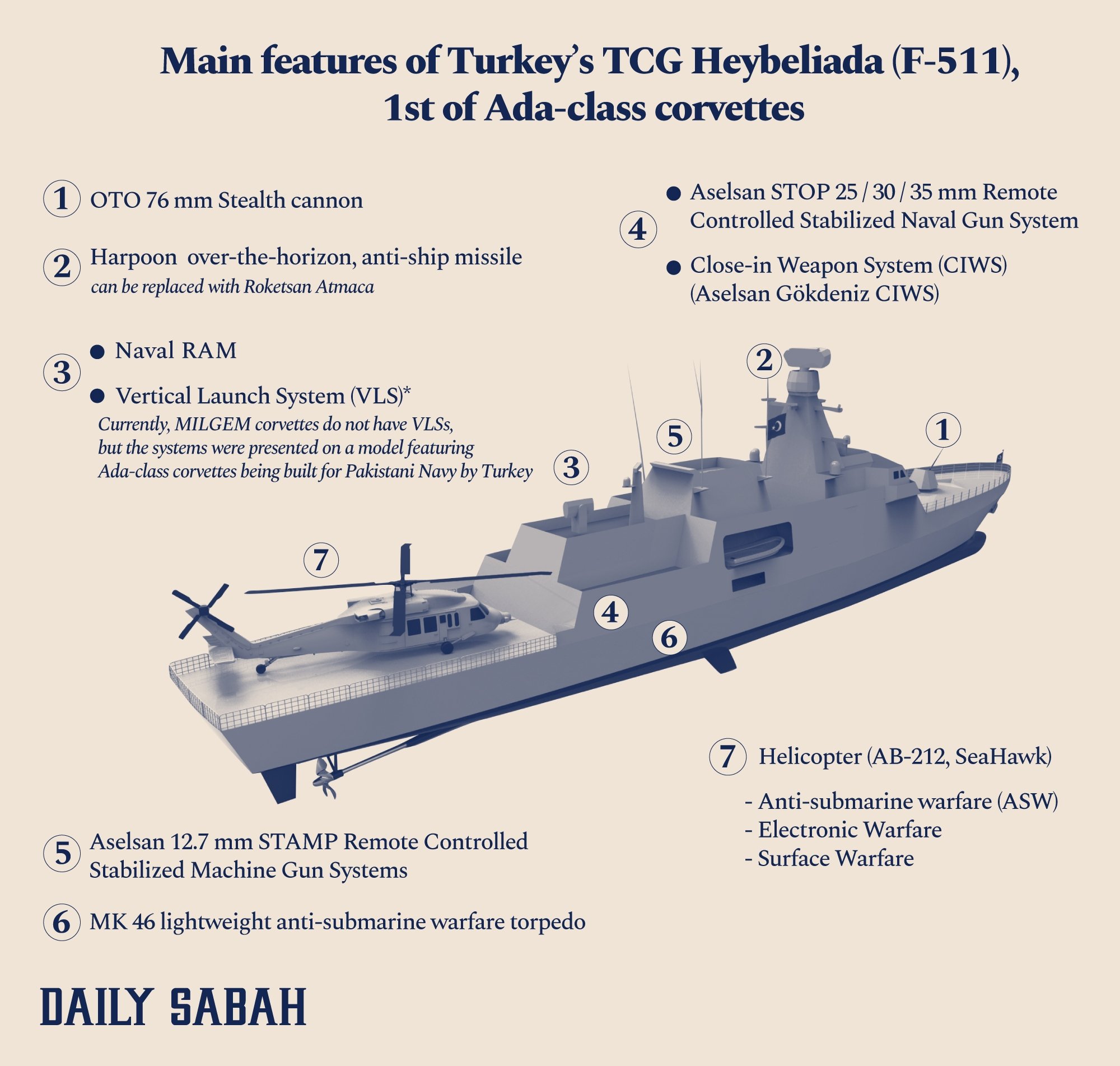 The fifth vessel, class “I” TCG Istanbul frigate, is currently being trialed, with the delivery date to the Turkish Navy, set in 2023.

Class “I” frigates will perform reconnaissance and surveillance missions, will provide early warning for hostile activities and will participate in the defence of bases and ports. Furthermore they will be able to conduct anti-submarine warfare (ASW), anti-aircraft as well as surface warfare.

According to the RFP, only local shipyards or foreign subsystem suppliers cooperating with a local shipyard -such as the Dutch DAMEN-, are allowed to bid. SSB also requires bidders to have previously designed or constructed a surface navy platform commissioned by SSB or to partner with companies that meet this condition.

An SSB official told DefenseNews that class “I” frigates will be powered by imported engine technology while the share of the domestic industry will reach up to 70%. SSB also, according to the official quoted by DefenseNews, expects Turkey’s largest defence company, Aselsan, to be the supplier of the majority of electronic systems. 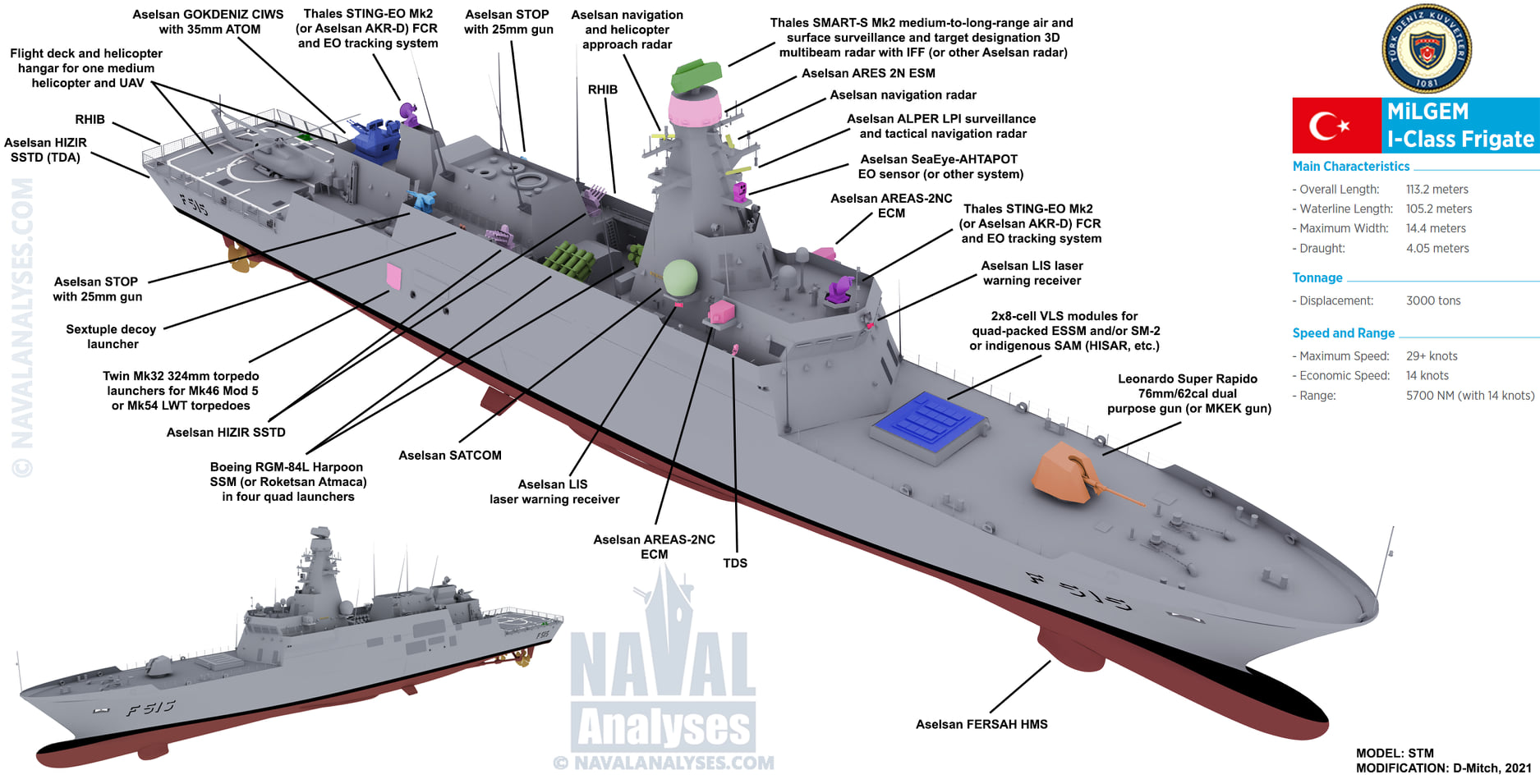