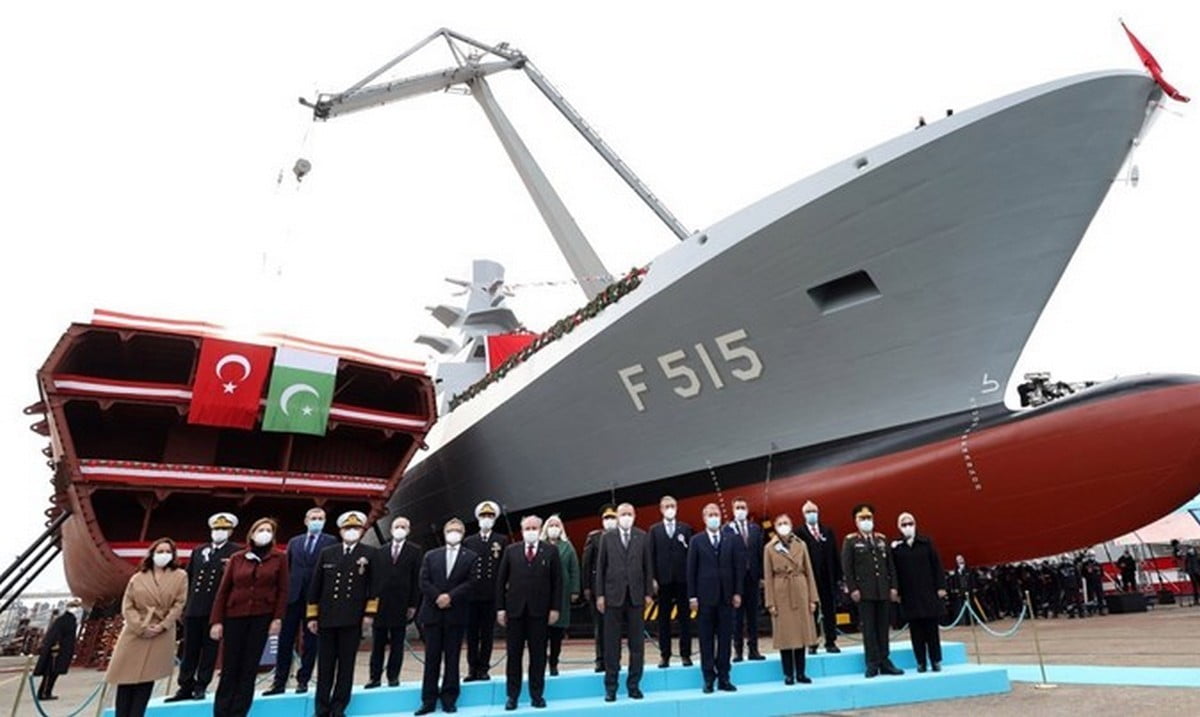 On Saturday, January 23, in addition to the exploratory contacts between Greece and Turkey, the launching of the newly-constructed Turkish “I” class frigate (“Istanbul”) was also on the political agenda.

First of all, the time period chosen by the Turks to launch this particular ship is worth mentioning, since semiology is always emphasized by the Turks. In this case, they made sure that the launching of the ship coincides with the exploratory contacts.

On the same day, the steel cutting ceremony of Pakistan’s third MILGEM corvette took place. The design of the “I” frigates is based on MILGEM corvettes, while the development of the TF-2000 is based on the design of the “I” class ships. The construction of the F-515 “Istanbul” started in January 2017 and is expected to join the Turkish Naval Forces Command in 2023. Another three frigates will follow, one per year, until 2026.

The ship is expected to be delivered to the Turkish Naval Forces Command in 2023 as essential trials will confirm whether it is ready to operate and to examine any problems it may present so as to make improvements on the frigates to follow. 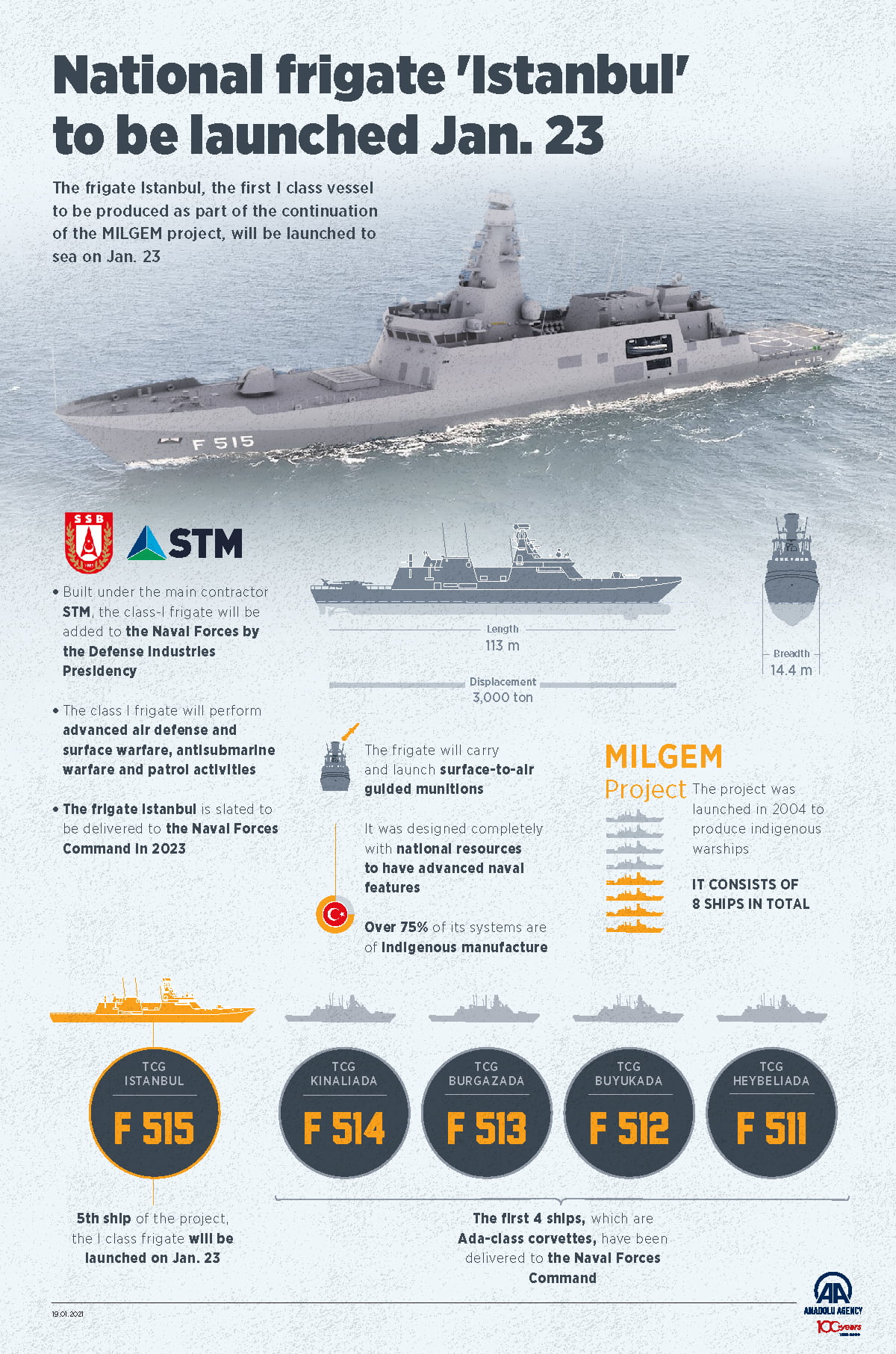 Also read: The Turkish Armed Forces are not affected by US sanctions, Ismail Demir says