We can assume that the choice of date (October 28) was not contingent, since via the propaganda short video there is a reference to the “protection of the Blue Homeland” in the “Sea of ​​Islands”, clearly implying the Aegean Sea.

According to information, ULAQ will be ready in December, while in the first quarter of 2021, the missile system built by the Turkish Roketsan will be tested with four (4) Cirit anti-tank missiles and two (2) L-UMTAS (with a maximum range of 8000m).

In addition, ULAQ can be equipped with different types of equipment depending on the mission, such as electronic warfare (EW) collections and communications and intelligence systems.

The range of the vessel is 400 km with a cruising speed of 65 km / h, it has day / night vision capability, national encrypted communication infrastructure and is made of advanced composite material. Land mobile vehicles and headquarters command centers or floating platforms such as aircraft carriers and frigates can be used for the remote control. The missions it may undertake include reconnaissance, surveillance, intelligence, asymmetric warfare, force protection, strategic facility security and surface warfare. 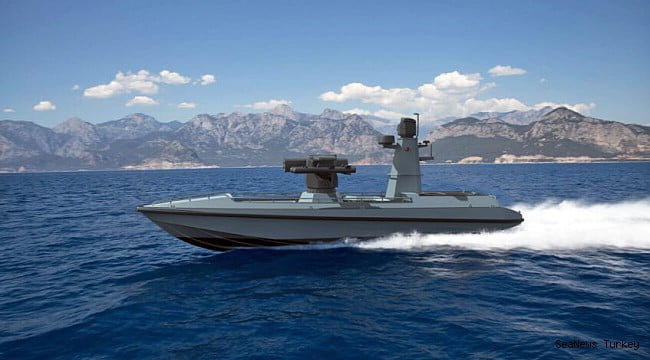 “ULAQ” will also be able to operate with other armed unmanned marine vehicles of similar or different structure and have common capabilities even with unmanned aerial vehicles (UAVs).

As mentioned in the press conference, “ULAQ” will not only be a remotely controlled unmanned marine vehicle, but will also be equipped with superior and ahead of the curve capabilities with artificial intelligence (AI) and autonomous behavior features.

It was also reported that various other unmanned marine vehicles for intelligence gathering, mine hunting, submarine defence warfare, fire fighting and humanitarian aid / evacuation will be ready for production after the “ULAQ” prototype, which is the first phase of the project initiated by ARES Shipyard and Meteksan Defense in the field of unmanned marine vehicles.

The CEO of Ares Shipyard, Utku Alanç, expressed pride in their success, which is the result of intensive work in recent years to make this dream come true. As mentioned in the ancient Turkish culture, “ULAQ” is the name given to the ambassadors of the state.

The general manager of Meteksan Defense, Selçuk Alparslan, said inter alia: “With the developments that have emerged in recent years, we understand once again how essential the blue homeland defence of our country, surrounded by the sea on three sides, the protection of our maritime continental shelf and exclusive economic zone are.” 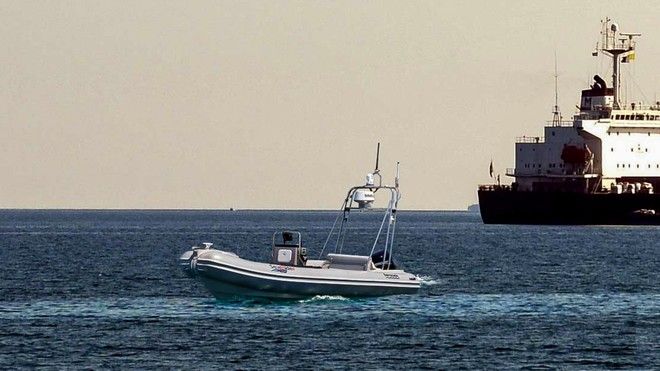 This particular boat can sail at speeds of 40 knots and has a range of about 20 nautical miles (approximately 37 km). With its modern electronic equipment and sensors it can perform surveillance, reconnaissance and intelligence gathering (ISR) missions. Among other things, Sea Rider has high-speed UHF communication equipment that supports multiple topologies, multiple levels of communication security (TRANSEC and COMSEC), advanced Quality-of-Service (QoS) mechanisms and management system. 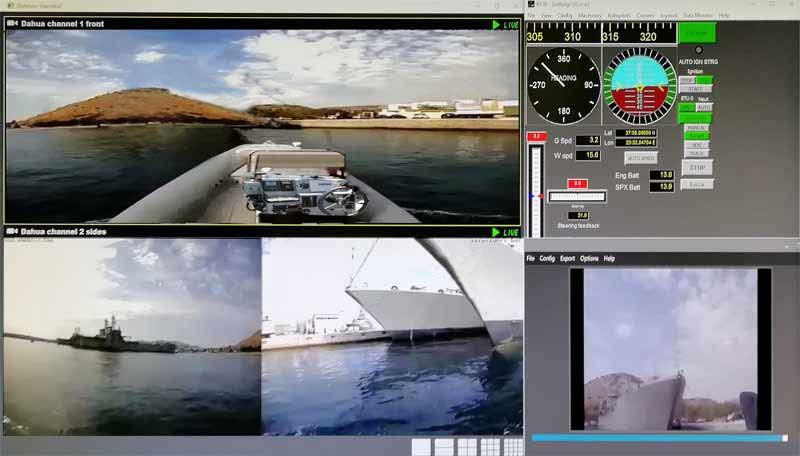 In terms of sensors, the stabilized electro-optical / IR system stands out, which includes day / night cameras with optical and digital zoom and the surface radar with the ability to monitor up to 10 targets simultaneously at a range of 36 nautical miles.