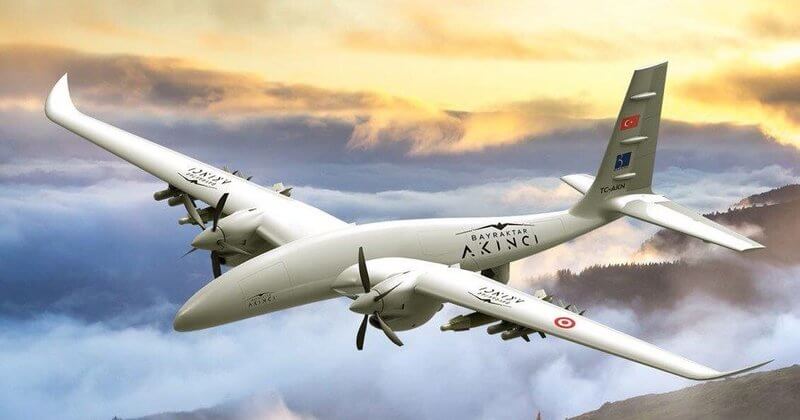 The official delivery ceremony of the new Turkish Unmanned Combat Aerial Vehicles (UCAVs) Bayraktar Akinci took place on Sunday, August 29th. The Bayraktar Akinci has more airborne autonomy and can carry more missiles than the Bayraktar TB2, both of which will be stationed at the Lefkonikos base in Cyprus.

Turkish UCAVs have already been used in Syria, Libya, Nagorno-Karabakh, Iraq and in operations against the Kurdish PKK. The Turkish defence industry is expected to expand its clientele as countries such as Ukraine have recently been added to it.

The ceremony, which was attended by Turkish President Recep Tayyip Erdogan, highlighted the fact that Turkey is now a potential player in the production of unmanned military aircraft. The son-in-law of the Turkish president and owner of the company, Selcuk Bayraktar, said that since 2005 he has been arguing that these projects should be encouraged and supported because they will make Turkey stand out internationally.

Also read: Albania to be Turkey’s next client for Bayraktar TB2