The teleconference of the 27 on Belarus has been completed, full solidarity in Greece and Cyprus
Defence Redefined
Published on 19/08/2020 at 17:01 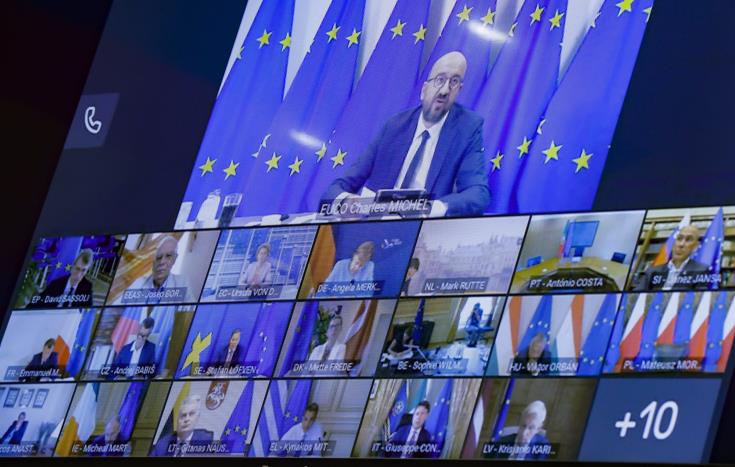 The teleconference of the 27 state and government leaders on the situation in Belarus has been completed, said the spokesman of the President Charles Michel. The meeting lasted about three hours in total.

The President of the European Council informed the press that in addition to Belarus, “some Member States have raised the issue of tension in the Eastern Mediterranean.” He noted that all 27 leaders expressed their full solidarity with Greece and Cyprus and reaffirmed the conclusions on illegal Turkish drilling in the region. He stressed that “all options remain on the table” and informed that they will return to the issue in their next meeting.

As for Belarus, European Council President Charles Michel, at a closing press conference, made it clear that the EU does not recognize the August 9 elections, which do not meet democratic criteria, he said. In addition, he noted that the violence against the protesters is shocking and unacceptable, calling for accountability. He stressed that a comprehensive and democratic dialogue is needed for the future of the country. He also noted that the demonstrations are not a matter of geopolitics, but a right of democratic determination for the citizens of the country.

He said the EU would “soon impose sanctions” on a large number of people responsible for election fraud, violence and repression, and that the EU supported the OSCE initiative to facilitate democratic dialogue.

On her part, the President of the Commission informed the press about the forthcoming EU assistance to the people of the country, but also about the framework of sanctions against persons “without affecting the citizens of the country.”

The President clarified that the demonstrations “are not directed against neighboring states or entities”, but concern only the future of the citizens. “The future of Belarus must be determined by its citizens,” she said.