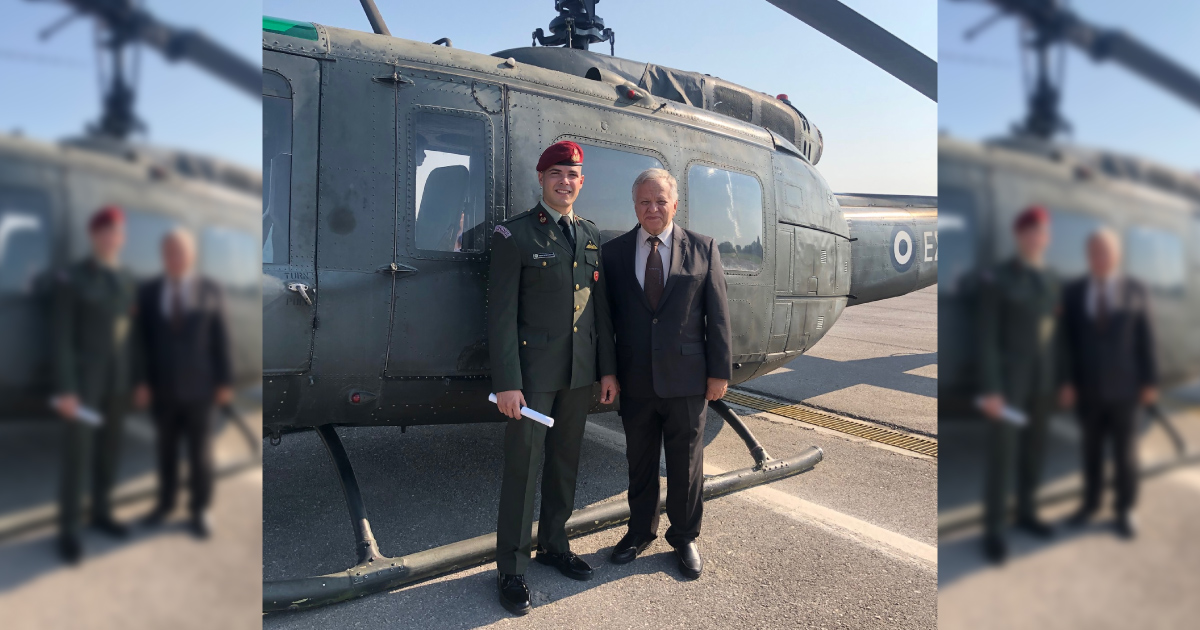 Nestoras, member of “The Smile of the Child”, made his dream come true after he managed to receive his Degree in Advanced Helicopter Pilot Training, as “The Smile” proudly announced.

“With parental pride, we witnessed Nestoras achieving the highest goal of his life. Having successfully completed his training, Nestoras received his Degree in Advanced Helicopter Pilot Training at the Army Aviation Training Center (KEAS) in Alexandria Imathia.

Nestoras joined the “Smile” family when he was 9 years old. Since he was little, he had expressed his love for flying aircraft, and thanks to the encouragement of one of our volunteers at the House where he grew up – an Air Force Officer at the 117th Combat Wing – he started dreaming of his future as a pilot.

Feeling emotional, we brought to our memory all the moments we shared with him since the day he became a part of our family. From a young age, he stood out for his mental strength, his responsibility, and his commitment to his goals.

We stood by him in this effort with care and today, feeling utter joy, we saw him fulfill his greatest dream. A dream not only of his, but also of all the people of “The Smile”, who experience every wish of the children as their own.

We are all proud of Nestoras, the Air Force Lieutenant of our family, who chased his dream with perseverance and unrelenting effort and now serves in the Armed Forces of our Country bearing responsibility for his mission.

His own success, like every one of our children, is our greatest reward and conveys the optimistic message that despite the difficulties a child may have faced, anything can be achieved with support, care, and love!

Nestoras, we wish you all the best in your career with safe and successful flights!”