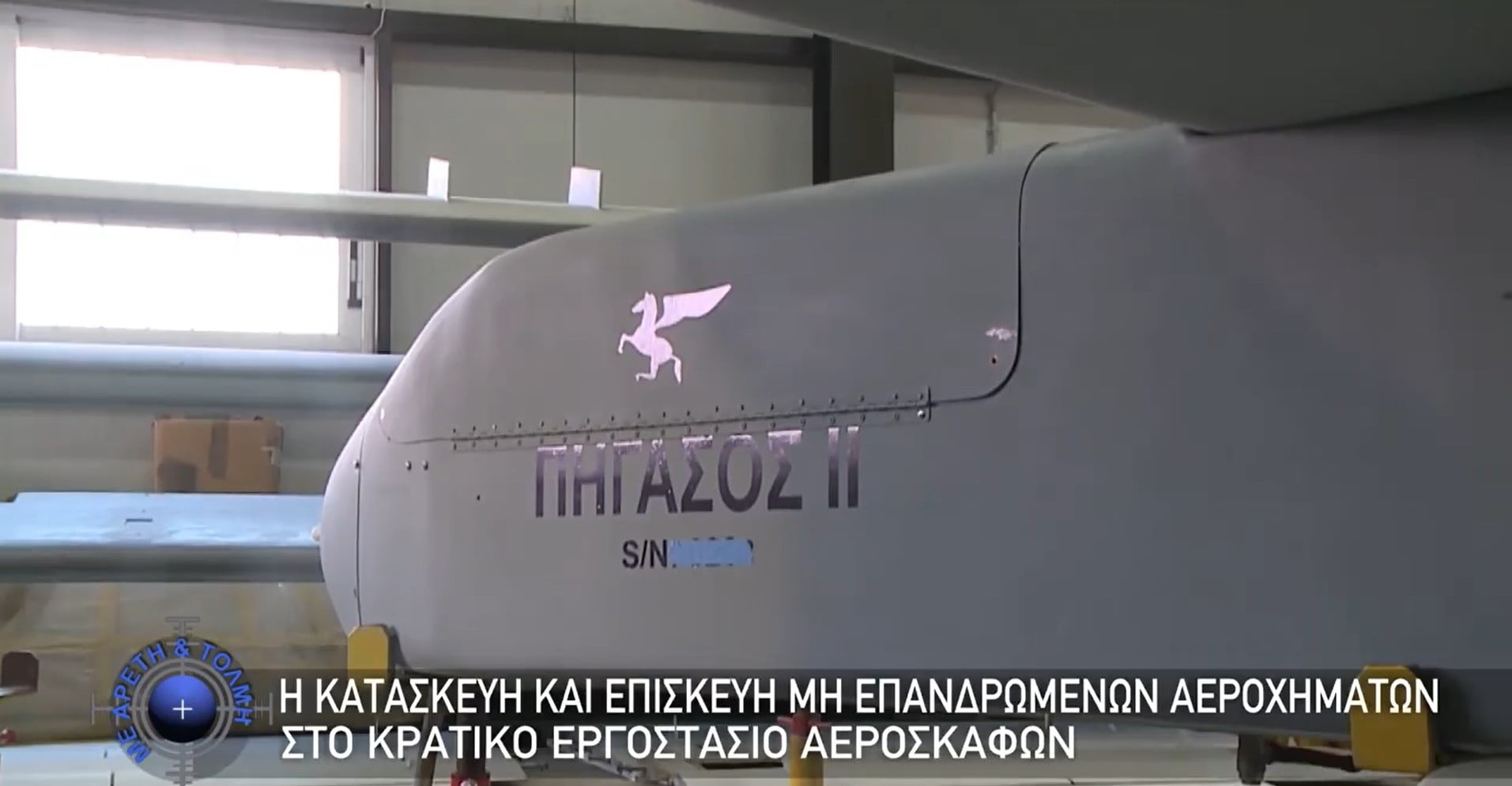 The show “With Virtue and Courage” published a video from the visit in the state aircraft factory of the Hellenic Armed Forces. The factory is the centre of manufacturing for the Hellenic Air Force’s PEGASUS II unmanned aerial vehicle (UAV) and a repair hub for the French Sperwer UAV operated by the Hellenic Army.

These are important assets in conducting operational missions and, according to the report of the show, their number is increasing rapidly. The construction and repair of these UAVs has been undertaken entirely by the composite materials workshop, which reports to the Air Support Command in Elefsina.

The construction of a PEGASUS II UAV unit takes about 5 months and is done using mold and composite materials. After the necessary processing of the parts, PEGASUS II takes its final form.

In the first phase, the functional inspections of the electrical and electronic components of the aerial vehicle are carried out and then follows the inspection of their installation on PEGASUS II

After the last tests and wiring control, the wiring is placed on the rudder and the final installation on the aircraft. This is followed by application control of all parts on the fuselage, with due care being given to the aircraft landing system.

In recent years, the workshop has also undertaken the repairs of Sperwer UAVs. The Sperwer is manufactured by the French company SAGEM. These UAVs can travel at altitudes above 16,000 feet for up to five hours. They can send target images up to 150 km away from their base.

The Sperwer has capabilities that allow it to be deployed in all war theaters:

On the other hand, the development of the Greek PEGASUS UAVs dates back to 1979 with its first flight taking place in 1982. PEGASUS II, the redesigned and upgraded model, entered service in 2005.

The mission of PEGASUS II is:

Watch the report of the show “With Virtue and Courage” (14:40 for unmanned aerial vehicles).