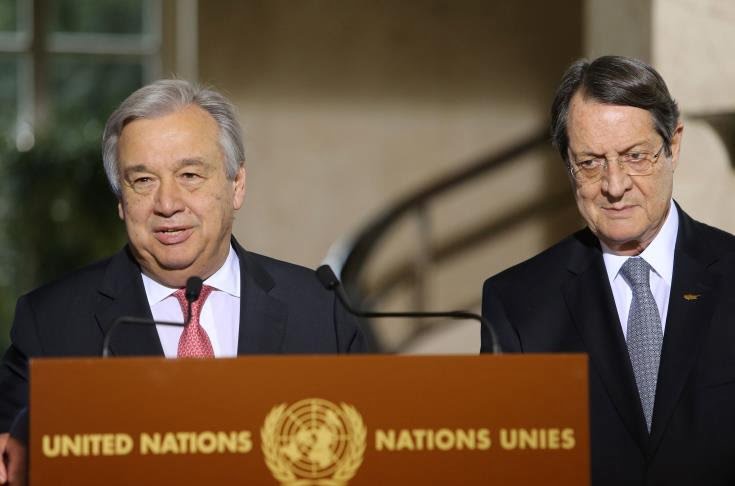 The informal 5 + 1 conference on Cyprus, convened by UN Secretary General Antonio Guterres, is held today in Geneva, with the participation of both sides in Cyprus and of the three guarantor powers, namely Greece, Turkey and the United Kingdom. The latter will be represented at the level of Foreign Ministers.

According to the program, the conference, which will last until April 29, begins in the afternoon with bilateral meetings of the UN Secretary General with President Anastasiadis and Turkish Cypriot leader Ersin Tatar at the Intercontinental Hotel.

At 20:45 (21:45 Cyprus time) a reception will be held at the Intercontinental Hotel for the delegations of the parties participating in the conference.

In the meantime, around 19:00 local time (20:00 Cyprus time), a meeting of the President of the Republic with the Foreign Minister of Greece, Nikos Dendias, will take place on the sidelines of the informal conference.