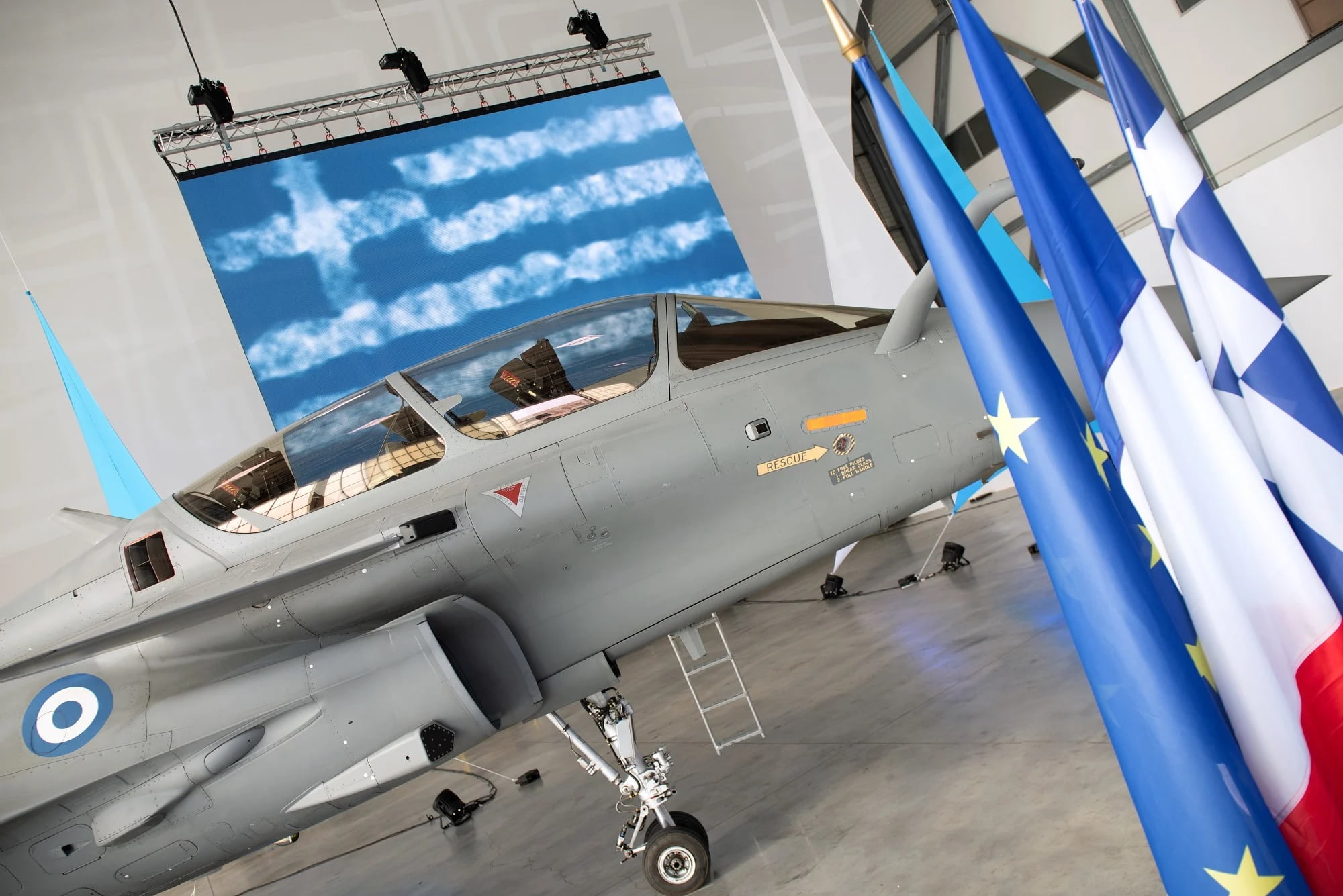 The President and CEO of Dassault Aviation, Eric Trappier, hosted today at the Dassault Aviation facility in Istres the Minister of National Defence, Nikolaos Panagiotopoulos, during the delivery ceremony of the first Rafale fighter jet to the Hellenic Air Force (HAF).

The delivery of the first fighter jet takes place six months after the signing of the contract for the purchase of 18 Rafale. Greek pilots and Air Force technicians will be trained in France before the Rafale fighter jets are stationed at Tanagra Air Base.

The first group of US pilots, already trained for several months by the French Air Force, as well as 50 technicians will continue to be trained at the Dassault Aviation Conversion Training Center (CTC) in Merignac, France. 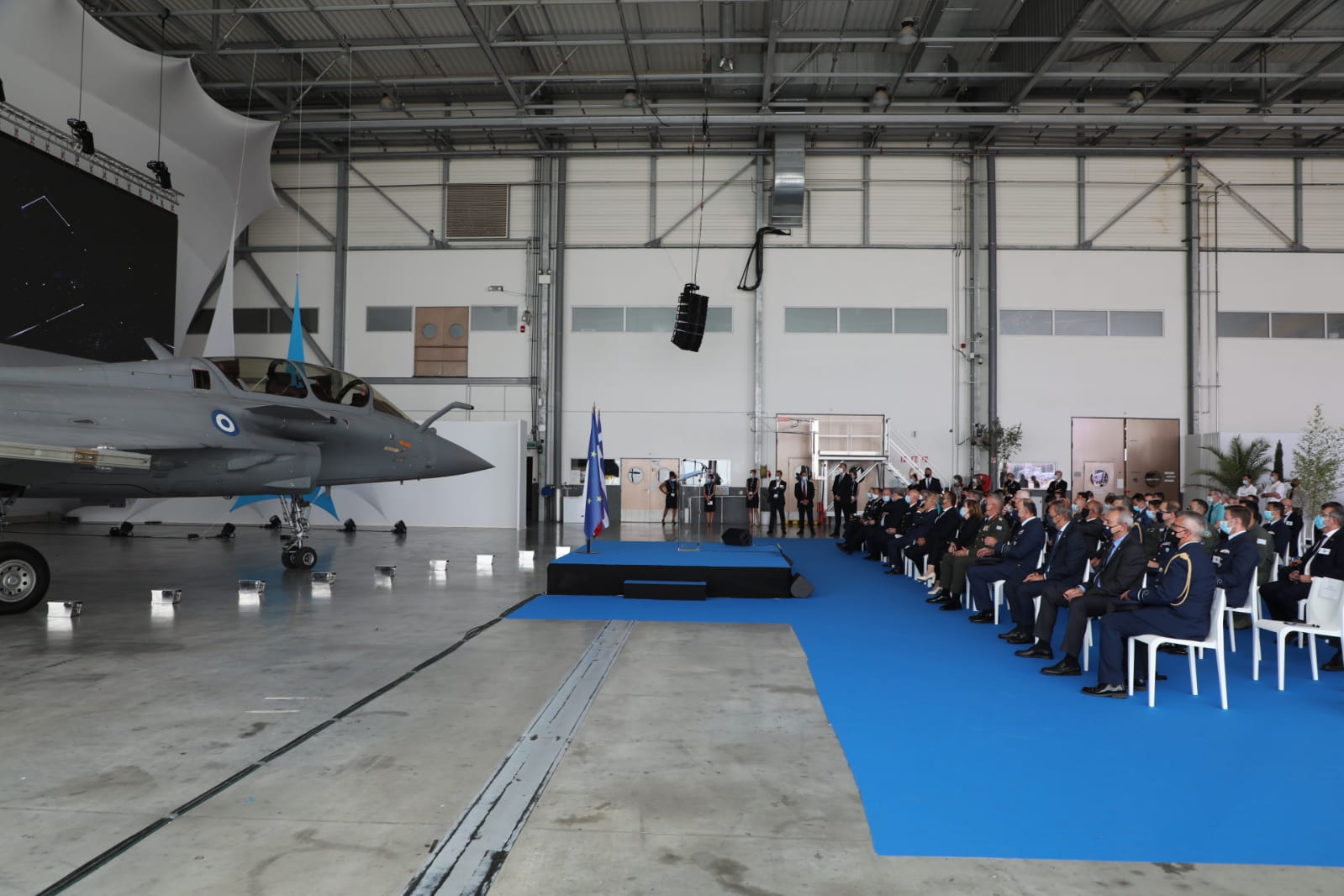 The Hellenic Air Force will be equipped with a state-of-the-art multi-role fighter jet, allowing the Hellenic Republic to ensure the full dominance of its geostrategic position. The delivery of the first Rafale is a clear proof of France’s determination to meet the expectations of the government of the Hellenic Republic and to actively participate in the sovereignty of the country.

It also reflects the excellent quality of the over-45-year uninterrupted and stable cooperation of Dassault Aviation with the Hellenic Air Force. 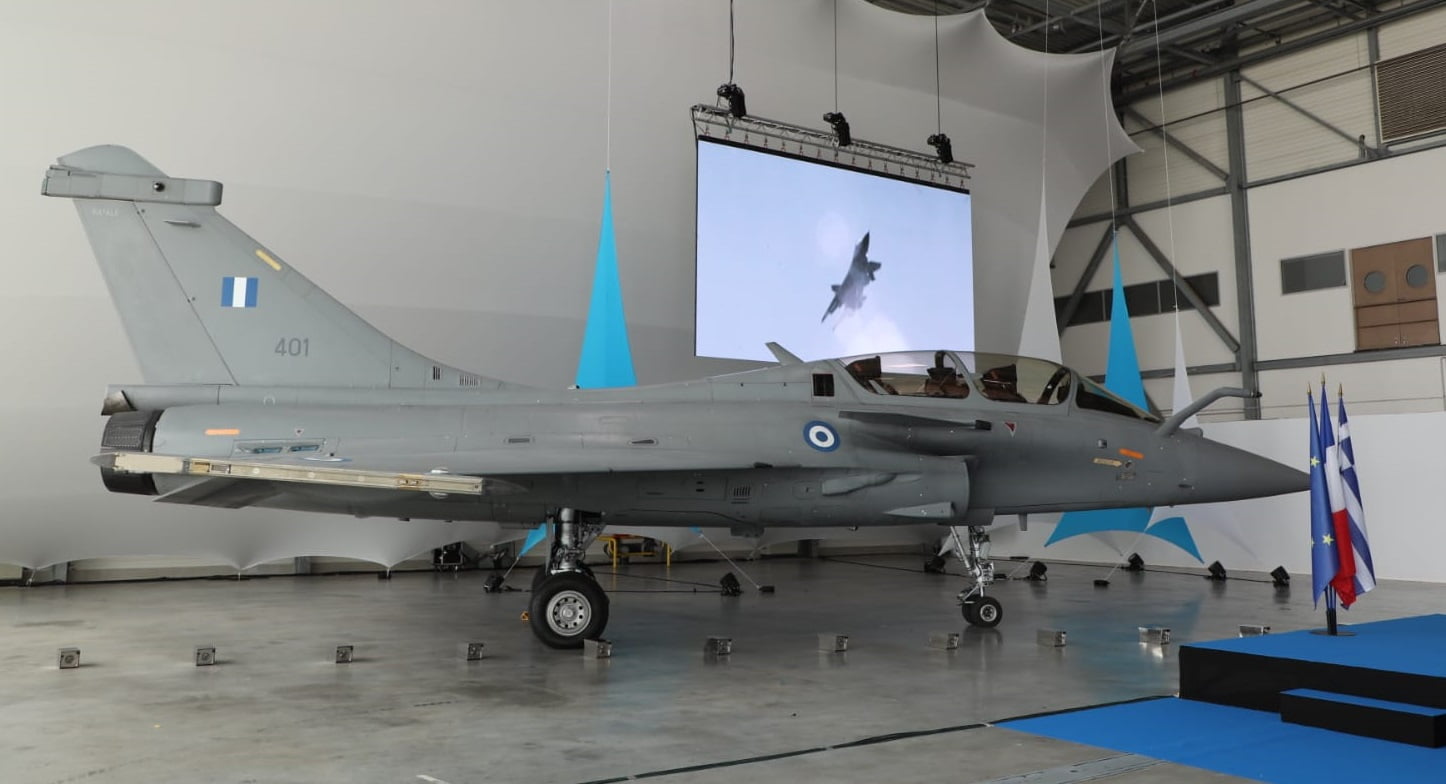 “Following the Mirage F1 in 1974, the Mirage 2000 in 1985 and the Mirage 2000-5 in 2000, the Rafale proudly wears the colors of the Hellenic Air Force. Rafale is a strategic player that ‘changes the game’ for the Hellenic Air Force and will play an active role in securing the sovereignty of Greece as a regional power. I would like to reaffirm our full commitment to the success of Rafale in Greece,” said Eric Trappier, President and CEO of Dassault Aviation.