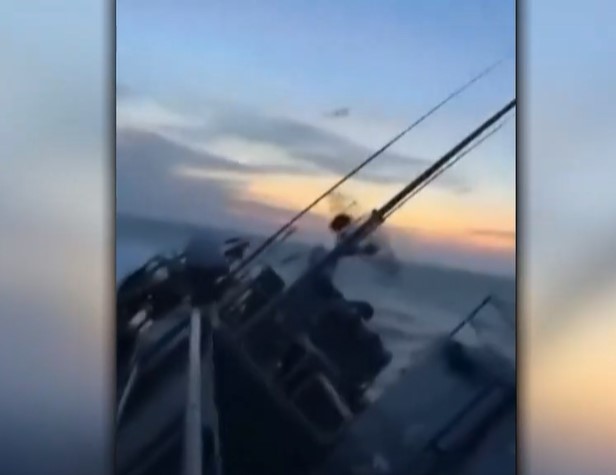 At least 31 people are still missing after a Thai Navy corvette sank off Bang Saphan (south), a spokesman for the Thai Navy General Staff said.

Amid rough seas, the operation of the system that guarantees the warship’s electrical supply was interrupted and the engines stopped, the admiral explained.

The crew lost control of the ship, which listed and began to sink shortly after midnight yesterday about 20 nautical miles off the coast, off Bang Saphan, in Prachuap Khiri Khan province, south of Bangkok.

The Navy uploaded photos and videos on Twitter depicting some of the crew members wearing orange vests on a black inflatable dinghy as it drifted away from the corvette in the dark among high waves. In other shots, the warship is shown to have tilted on its side and is now half-flooded.

The evacuation and search and rescue operation, under very adverse weather conditions, allowed the rescue of 75 of the 106 crew members of the warship. Two military helicopters, two frigates, and an amphibious ship are taking part in the rescue operation, according to a statement from the Royal Thai Navy.

The rescue operation, which began at 07:00, is still underway. Some 11 crew members were admitted and are being treated at a hospital in Bang Saphan.