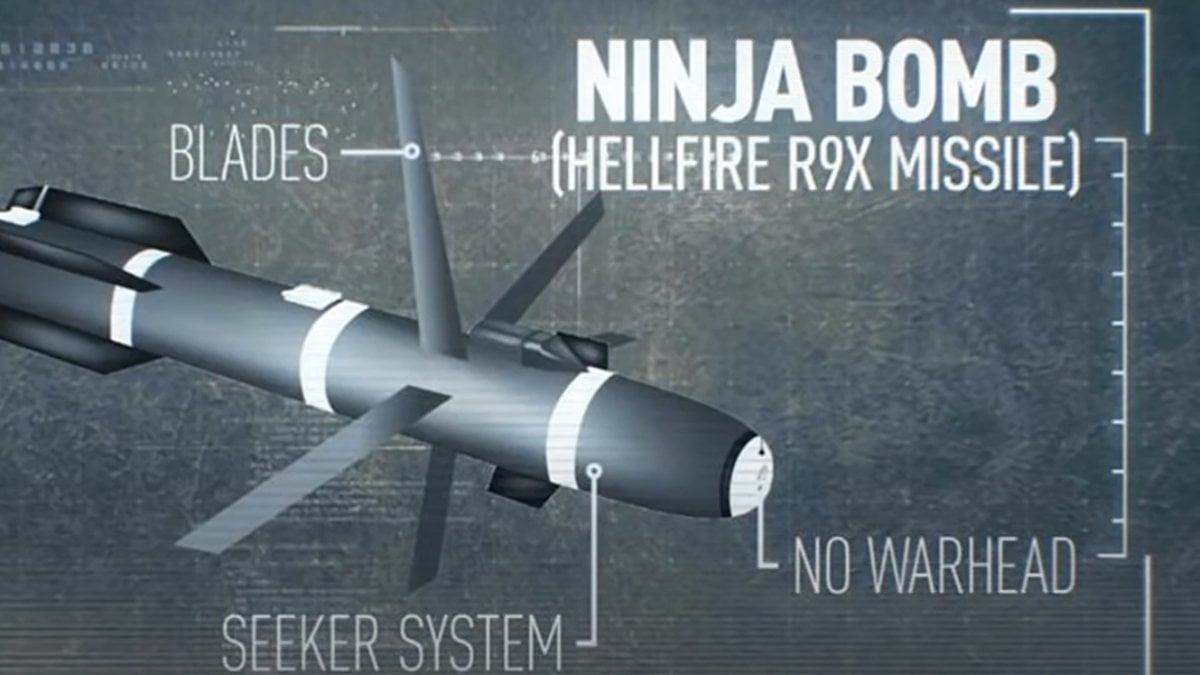 The latest R9X strike was carried out in retaliation for the suicide bombing of Hamid Karzai International Airport in Kabul last week that killed 13 US service members amid international efforts to evacuate foreign nationals and Afghans currently fleeing the Taliban’s tightening grip over the country.

According to the Wall Street Journal, on Saturday the US Pentagon used the R9X variant of the well-known AGM-114 Hellfire missile, fired by an MQ-9 Reaper drone, to kill two ISIS-K fighters in the Nangarhar province of Afghanistan.

Colloquially referred to as a “ninja bomb” or “flying Ginsu” and first publicized by the Wall Street Journal back in 2019, the joint CIA/DoD R9X does not use an explosive warhead. Rather, the missile comes packed with a halo of blades deployed moments before impact to effectively eviscerate a target, a lethal update to the inert “Lazy Dog” bombs of the US campaigns in Korea and Vietnam.

Although there are no official confirmation sources, each blade is said to be about 46 cm (18 inches) long, giving the rocket a “range” of just about 91 cm (3 feet). This is a deadly new version of the “Lazy Dog” bombs of US campaigns in Korea and Vietnam.

NEW – @WSJ confirms the @CIA & @DeptofDefense have a new "secret" missile – the R9X, or "flying Ginsu" – which kills a selected target with 6 blades, but no explosive payload.

— "To the targeted person, it's as if a speeding anvil fell from the sky."https://t.co/DIQfnfJYDq pic.twitter.com/iM87WUFLhg

The goal of using such a weapon, according to the Wall Street Journal, is to reduce the chance of collateral damage, which usually accompanies a conventional explosive warhead. Indeed, US military officials said Saturday that there were no civilian casualties after the attack.

The strike represents the US first known use of the R9X since August 2020, when the US-led military coalition likely deployed the Hellfire variant to kill Abu Yahya al-Uzbeki, an independent “military trainer” affiliated with the al Qaeda-linked Hurras Al-Din organization as he traveled through Syria’s Idlib province.

Before that, the US is thought to have used the R9X to take out Hurras Al-Din leaders Qassam al-Urduni and Bilal al-Sanaani in northwest Syria in June 2020; al Qaeda offshoot Hayat Tahrir al-Sham leader Abu Ahmed al-Jaziri in June 2019; a Taliban commander identified only as “Mohabullah” in Afghanistan in January 2019; and al Qaeda second-in-command Ahmad Hasan Abu Khayr al-Masri in February 2017.