Syria | Fighting between the Islamic State and the Kurdish forces continues for third consecutive day
Defence Redefined
Published on 23/01/2022 at 10:00 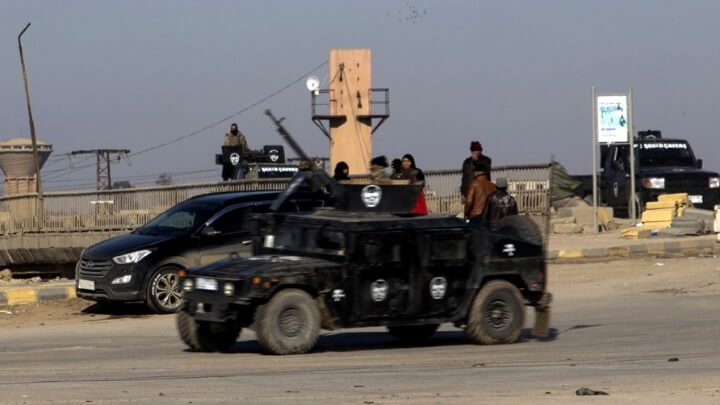 The clashes between the Islamic State forces and the Kurdish forces in northeastern Syria have been raging for three consecutive days. At least 90 people have been killed and thousands of civilians have been displaced.

The clashes broke out with an attack by Islamic State fighters on Thursday night on the Guyanran prison, one of the largest jihadist detention centers in Syria guarded by Kurdish forces.

“At least 28 members of the Kurdish security forces, 5 civilians and 56 Islamic State fighters have been killed since the beginning of the attack,” for which responsibility was claimed by the jihadist group which argued that its aim was to release jihadist detainees, according to Rami Abdelman, Director of the Syrian Observatory for Human Rights.

The Islamic State was defeated in 2019 in Syria by the Syrian Democratic Forces backed by the international coalition and thousands of jihadists have since been detained in northern and northeastern Syria, Kurdish-held territories. However, the jihadist organization manages to launch bloody attacks thanks to dormant nuclei.

The latest attack, the largest since the 2019 defeat, targeted a jail in the city of Hasakeh that houses 3,500 Islamic State suspects and members of the group’s leadership, according to the Observatory.

During the attack, the Islamists managed to seize weapons found in the prison arsenal, according to the same source. The Observatory reports that hundreds of detainees managed to escape but were arrested, yet dozens escaped. The prison is surrounded by Kurdish forces backed by the international coalition air force.

“Thousands of people have fled their homes in the prison area and fled to neighboring areas where their relatives live,” said a spokesman for the Kurdish administration in the semi-autonomous region.

According to Nicholas Heras of the Newlines Institute in Washington, D.C., “escaping from prison is the best option, the Islamic State has to regain power and Guiran’s prison is a good target because it is full.”

Many Kurdish-controlled prisons were originally schools and therefore not suitable for long-term detention. According to Kurdish authorities, about 12,000 jihadists of more than 50 nationalities are being held in prisons.

According to Abdelkarim Omar, the Kurdish administration’s foreign policy chief, the Islamic State’s attack on the Guyran prison is due to “the inability of the international community to assume its responsibilities.” The Kurds are demanding the repatriation of thousands of imprisoned jihadists, mostly those with European citizenship, but most of the countries they are targeting are reluctant to repatriate their citizens.