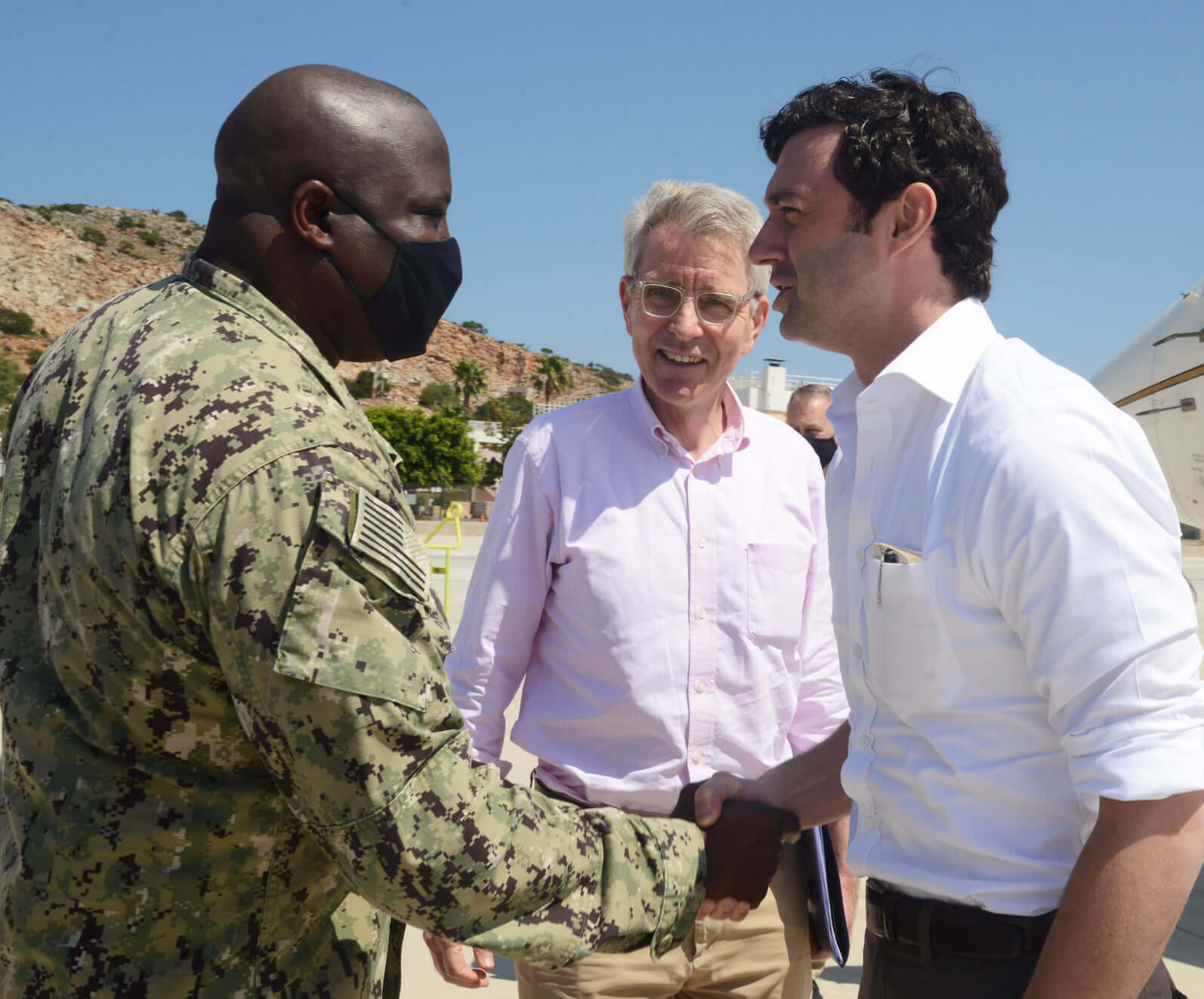 Chris Murphy and Jon Ossoff, Democrat senators from Connecticut and Georgia respectively, visited the Souda military base in Crete on Sunday.

In a post about the visit of the American senators, the US ambassador to Greece, Geoffrey Pyatt, stated that the base of Souda is the crown jewel of the military cooperation between Greece and the USA. According to a statement from the base administration, the senators were received by Captain Michael Mosi and then briefed and toured the base facilities. Hellenic Armed Forces personnel were also present. Senator Chris Murphy said the Souda base is a key asset to US operational capabilities in the Mediterranean.

During their visit to Greece, the two US senators also met with Prime Minister, Kyriakos Mitsotakis, and Foreign Minister, Nikos Dendias, to discuss economic, energy, defence and security issues as well as geopolitical developments in the Eastern Mediterranean, the Middle East and the Western Balkans.