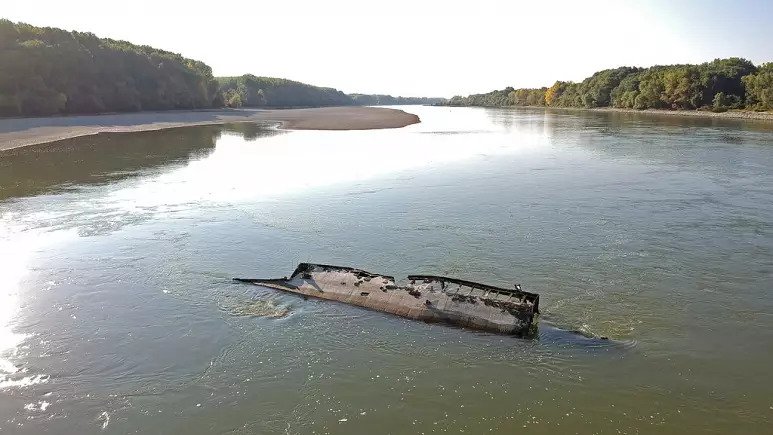 The low water levels of the Danube River have unveiled the remains of dozens of German warships, sunk during the Second World War.

The 20 ships that surfaced in the river near the eastern Serbian town of Prahovo were packed with explosives and were among hundreds sunk in the Danube in 1944, as the German Black Sea Fleet retreated in the face of the Soviet advance forces.

In fact, due to the tons of ammunition and explosives they contain, the ships are considered to be a danger to navigation, while their appearance is a warning of the worst drought in years in Europe, since the water levels of the Danube reached one of the lowest ever in a century.

According to a resident of the city, the German flotilla left behind an ecological disaster that threatens the residents of Prahovo. Another retired resident of the city, who has also written a book about these ships, said that because of these ships the navigable part of the Danube has been reduced to 100 meters, compared to 180 in previous years.

As reported by Euronews, in March, the Serbian government announced a tender for the cleaning of the river and the removal of ammunition and explosives at an estimated cost of 29 million euros.

Also read: Bulgaria | Controlled mine explosion in the Black Sea