Selection Committee | There is no legal basis for the non-participation of a Member in a Committee
superadmin
Published on 14/09/2021 at 17:27 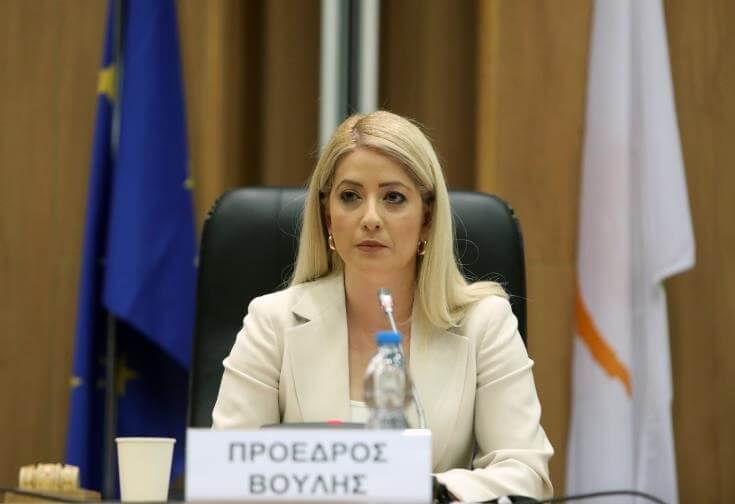 The Parliamentary Selection Committee unanimously decided that there is no legal basis which justifies the non-participation of a member of parliament in any committee, said the Speaker of Parliament, Annita Dimitriou.

In statements related to the meeting of the Selection Committee regarding the letter of EDEK President, Marinos Sizopoulos, about the replacement of ELAM President, Christos Christou, by the Parliamentary Committee on Defence, Ms. Dimitriou said that the issue is being considered and added that the Committee has already drawn up its agenda and will meet regularly.

At the same time, regarding complaints against the President of ELAM or his party, the Speaker of Parliament said that “these have already been given to the Attorney General”.

“There is no legal basis that gives the Selection Committee the right to remove or exclude the participation of a member of parliament from any committee and therefore the issue is over,” he stressed.

Commenting on the fact that EDEK President, Marinos Sizopoulos, raised the issue of the security of the Republic of Cyprus, and when asked whether this issue will be investigated, Ms. Dimitriou said, among other things, that “the Selection Committee is not ordered to investigate any complaints.”

With information from : CNA