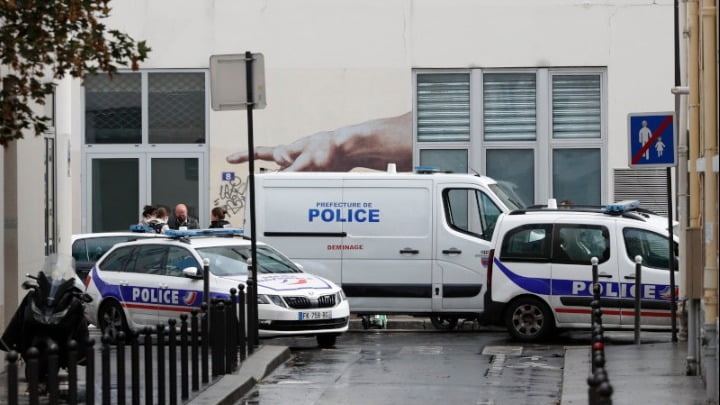 Four people were injured, two of them apparently in serious condition, in a knife attack today, under unclear circumstances, near the former offices of the satirical weekly Charlie Hebdo. The knife attack took place during a trial of the deadly attacks carried out there in January 2015, costing the lives of 12 people, French Prime Minister Jean Castex said recently, while the police announced that a suspect had been arrested for the attack.

“A very serious incident took place in Paris. A knife attack was carried out in the 11th arrondissement, in front of the former headquarters of Charlie Hebdo, injuring four people, two of whom appear to be seriously hurt,” Castex said, who went to the crisis center of the French Ministry of Interior.

Two people have been “seriously hurt”, Paris police said earlier in a statement, adding that they believed the perpetrator was only one and that they had arrested a suspect outside the Bastille Opera in Paris.

At the same time, Paris municipal authorities announced that “thousands of students” had been ordered to remain in their schools for security reasons in several neighborhoods in central Paris, following the knife attack.

Five schools in the attacked district and all the schools in the neighboring districts closed their gates. “This includes thousands of students, from kindergarten to high school. For safety. We are going to close municipal facilities and gyms,” said Ariel Vail, the mayor of the Paris suburbs.

The Paris Metro closed stations in the area.

Arrest of a second suspect

A second suspect was arrested after the attack near the former offices of Charlie Hebo, the radio network France Info stated.