PERSONNEL
School of National Defence | An Officer from the National Guard of Cyprus is among the graduates of the 7th International School – Photos
Defence Redefined
Published on 14/12/2022 at 11:18 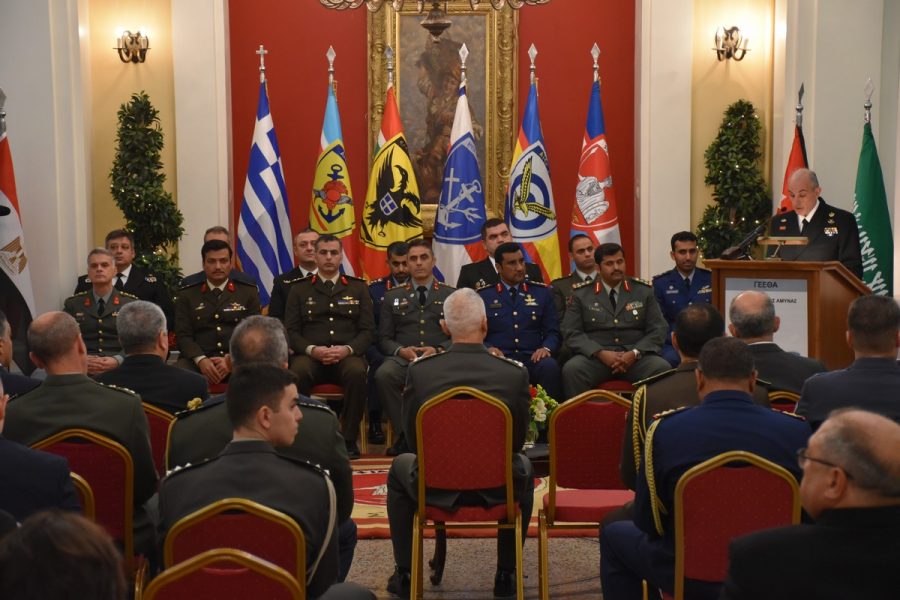 On Friday, December 09, 2022, the Deputy Chief of the Hellenic National Defence General Staff (HNDGS), Vice-Admiral Ioannis Drymousis, attended – on behalf of the Chief of HNDGS, General Konstantinos Floros – the graduation ceremony of the 7th Class of the International Studies School of the National Defence College, which kicked off on Thursday, September 15, 2022. 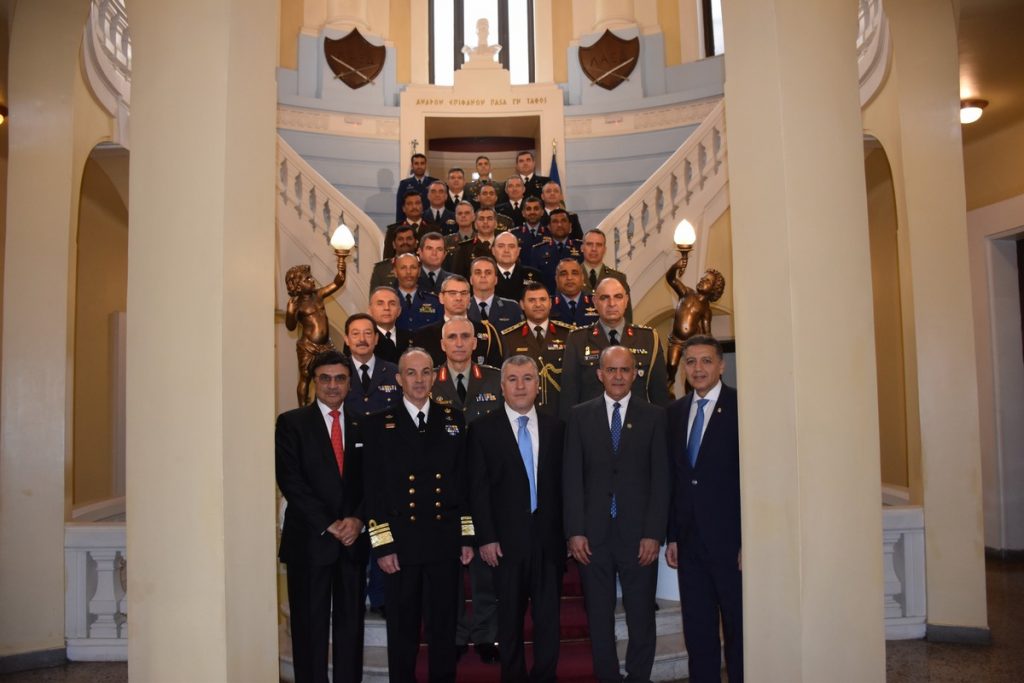 The school takes place annually within the framework of the international collaborations planned and carried out by the HNDGS in the field of defence studies. A total of 13 students graduated from the said training: 4 from Greece, 1 from Cyprus, 2 from Egypt, 1 from Bulgaria, 2 from the United Arab Emirates, 1 from Jordan and 2 from Saudi Arabia.

The ceremony, which took place at the Armed Forces Officers’ Club, was attended by: 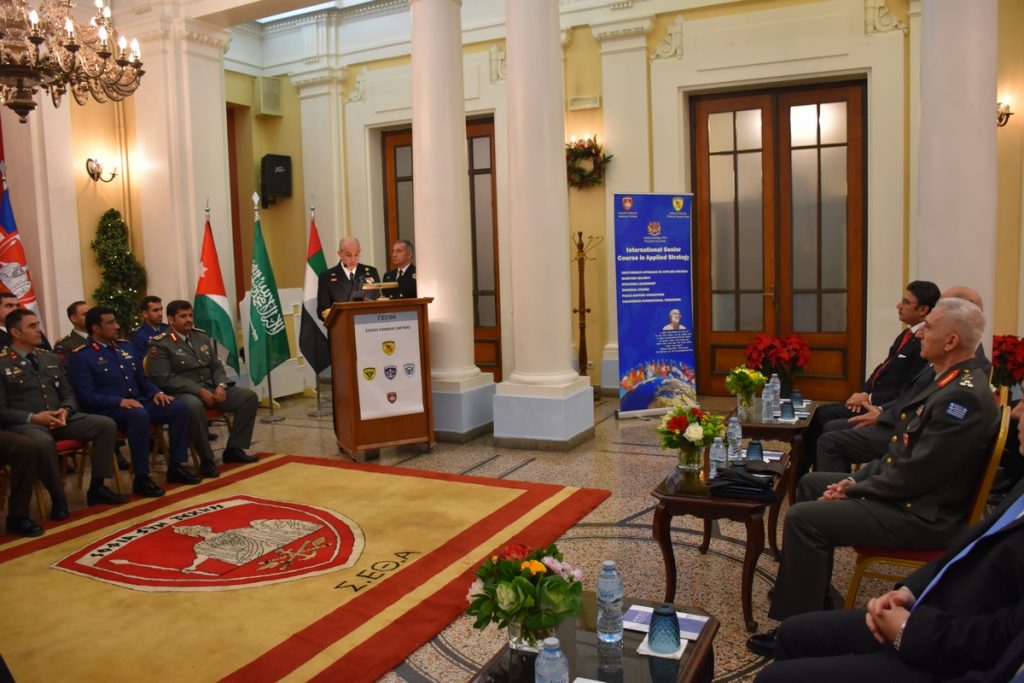 The purpose of the School was to prepare students to assume the staff duties of a senior officer and focused on strategy, history, international relations and countering terrorism, divided into the following training sessions: 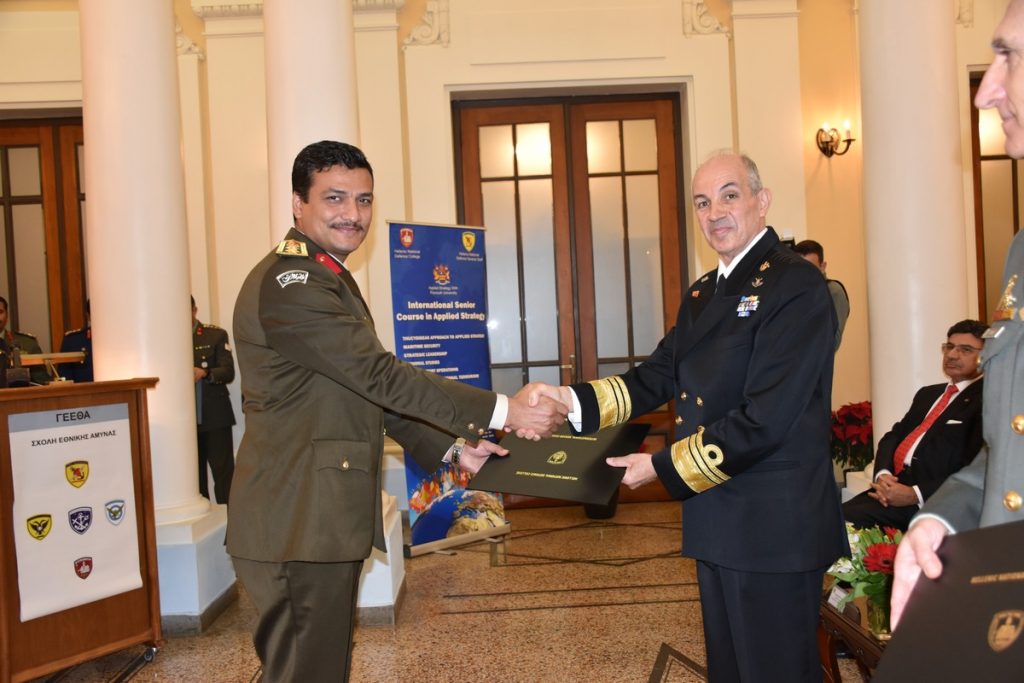 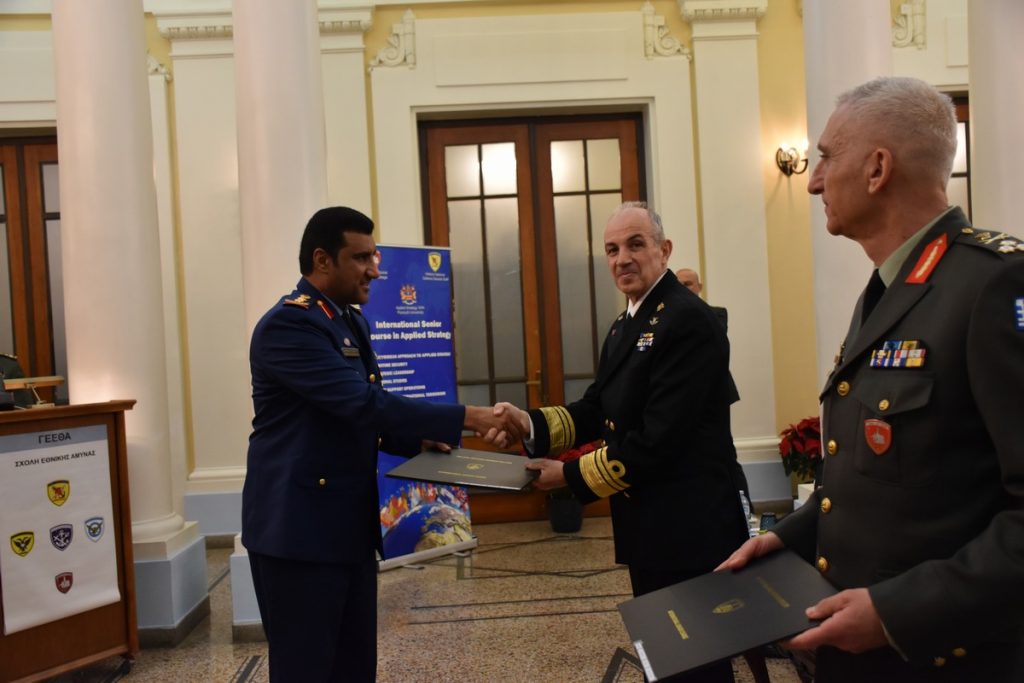 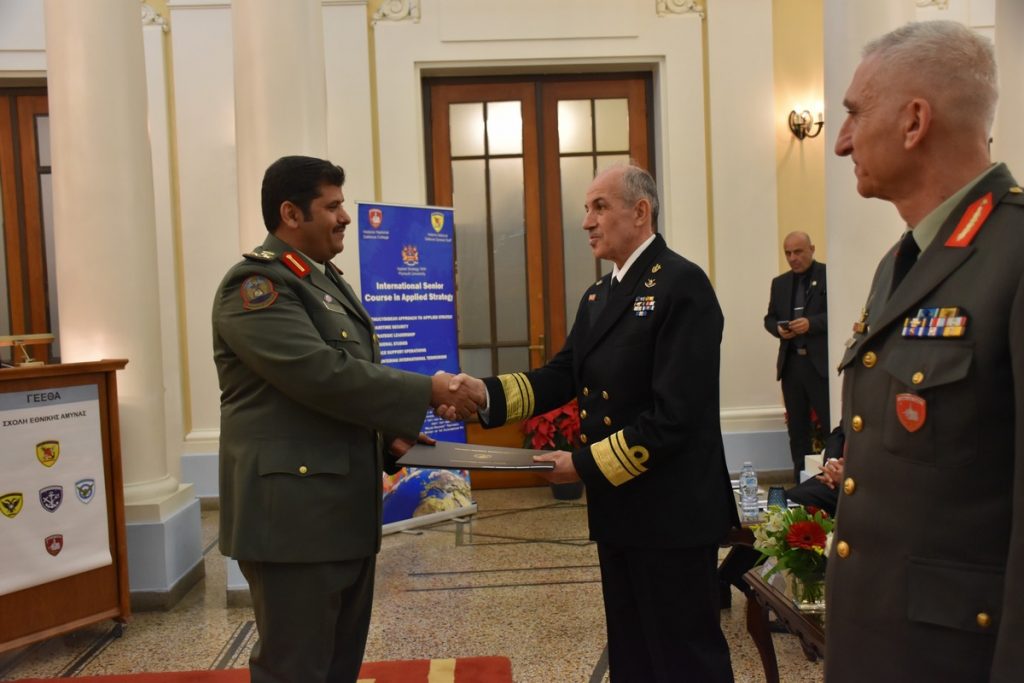 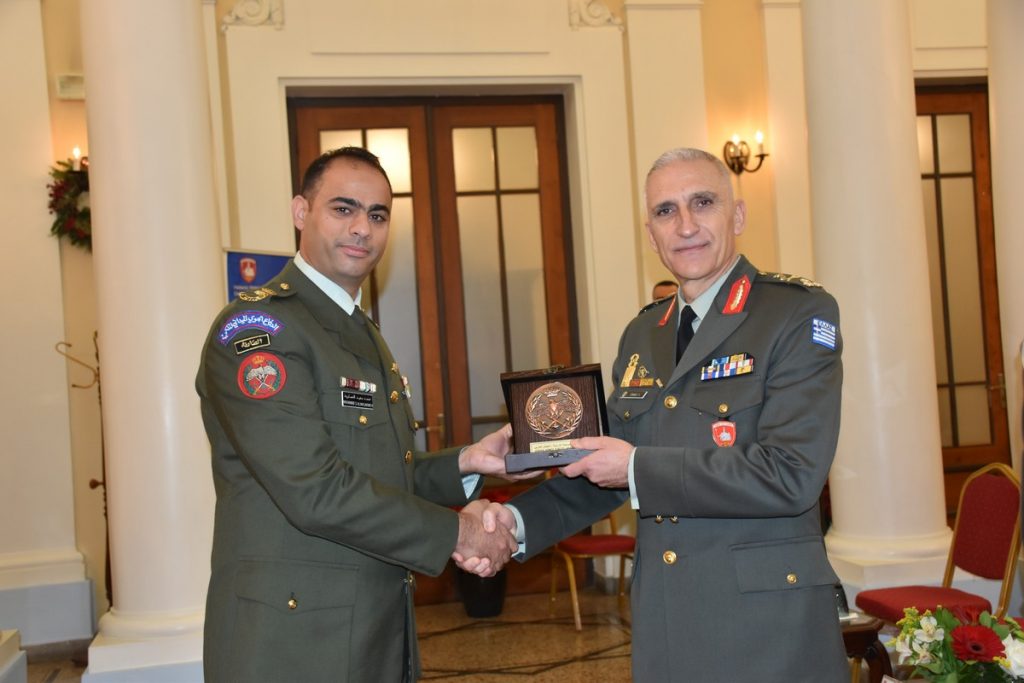