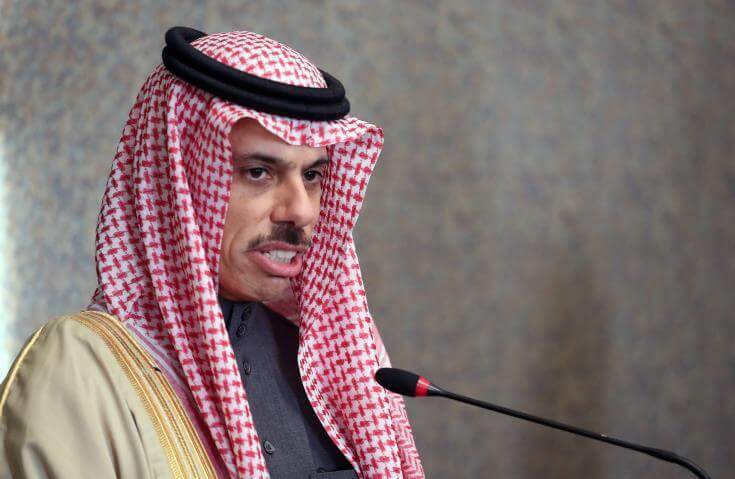 On Sunday, February 13, the Minister of Foreign Affairs of the Kingdom of Saudi Arabia, Prince Faisal bin Farhan al-Saud, will pay a working visit to Cyprus.

According to a relevant announcement, on Sunday afternoon he will meet privately with the Minister of Foreign Affairs, Ioannis Kasoulidis, and extended consultations of the two Ministers will follow in the presence of official delegations.

The full range of Cyprus-Saudi Arabia bilateral relations as well as the prospects for their further strengthening and deepening, regional developments in the countries of the Eastern Mediterranean, the Gulf, and the wider Middle East, are expected to be at the center of the discussions, along with the Cyprus issue, regional developments, EU – Saudi Arabia relations and other international issues of common interest.

At the end of the consultations, shortly before 2 pm, the two Foreign Ministers will make statements to the press.

On Sunday morning, the Foreign Minister of Saudi Arabia will be welcomed at the Presidential Palace by the President of the Republic of Cyprus.

Also read: Cyprus – Israel | The will of the two countries to further deepen their relations is a given