Cyprus – Israel | The will of the two countries to further deepen their relations is a given
Defence Redefined
Published on 07/02/2022 at 12:00 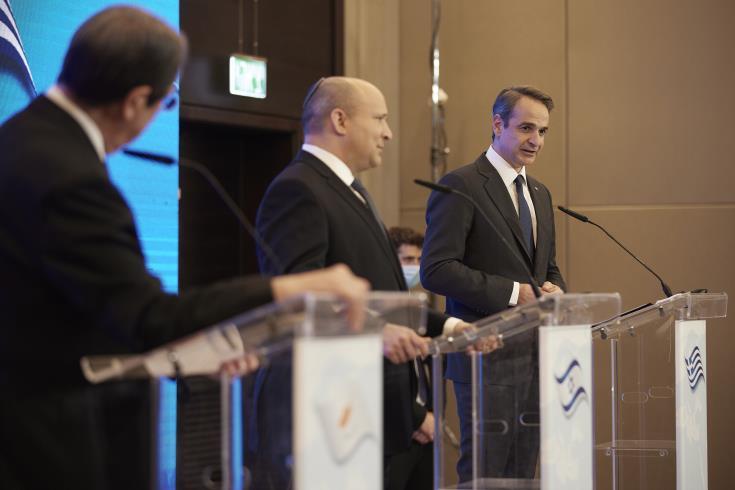 The will of Cyprus and Israel to further strengthen and deepen both the bilateral cooperation and the trilateral and multilateral cooperation in which the two countries participate, such as the one with Greece and the 3 + 1 cooperation with the USA, was pointed out by the Government Spokesman when asked to comment on the telephone conversation of the Minister of Foreign Affairs, Ioannis Kasoulidis, with his Israeli counterpart, held after the ethnoreligious memorial service of the fallen hero, Petros Giallouros.

According to CNA, when asked if relations with Israel continue to deepen or whether there are rifts, Mr. Pelekanos said that these continue to strengthen and deepen and reminded that the President of the Republic recently visited Israel for the tripartite meeting with Tel Aviv and Athens. “In the presence of the officials of the new Israeli government, the willingness of all parties to further deepen this cooperation was confirmed.”

Asked to comment on a possible protracted stalemate in the Cyprus issue due to the fact that elections will be held both in Cyprus and Turkey next year and what the government intends to do about it, Marios Pelekanos said that the stalemate is observed due to the intransigence of the Turkish and Turkish-Cypriot sides. In 2018, he added, President Anastasiadis had reached an agreement with Mr. Akinzi regarding the path to be followed for the resumption of the negotiation process.

This was followed, he continued, by the election of Mr. Tatar as leader of the Turkish-Cypriot community, and since then we have been witnessing the obstacle called Turkish intransigence. “What we must do, what we are currently doing and will continue to do is to use all available tools so that we can bring Turkey back to the negotiating table to finally restart a constructive dialogue that will lead us to the solution of the Cyprus problem.”

“We recognize the difficulties, we are realistic, we monitor on a daily basis the attitude and behavior of the Turkish-Cypriot side, we follow the statements of Mr. Tatar,” he added, “adding that our side will continue to use all available tools to achieve our goal.”

Asked if the Secretary-General would take the initiative to bring the two sides closer to a common ground, given that the appointment of a Special Envoy has not been agreed upon either, the spokesman said Mr. Stewart had stated that he would continue contacts with the two sides.

The common ground, he added, is in the reached convergences, the UNSC resolutions that set out the mandates of the UN Secretary-General, in the High-Level Agreements, where we had stayed in Crans Montana, “where a huge distance had been traveled and great progress had been made on many of the points under discussion.”

Therefore, he continued, the common ground exists and the two sides should return to the table of dialogue, noting that the appointment of a Special Envoy would help in this direction. Mr. Pelekanos pointed out that the Greek-Cypriot side has submitted specific Confidence-building measures that could also contribute to the whole effort.