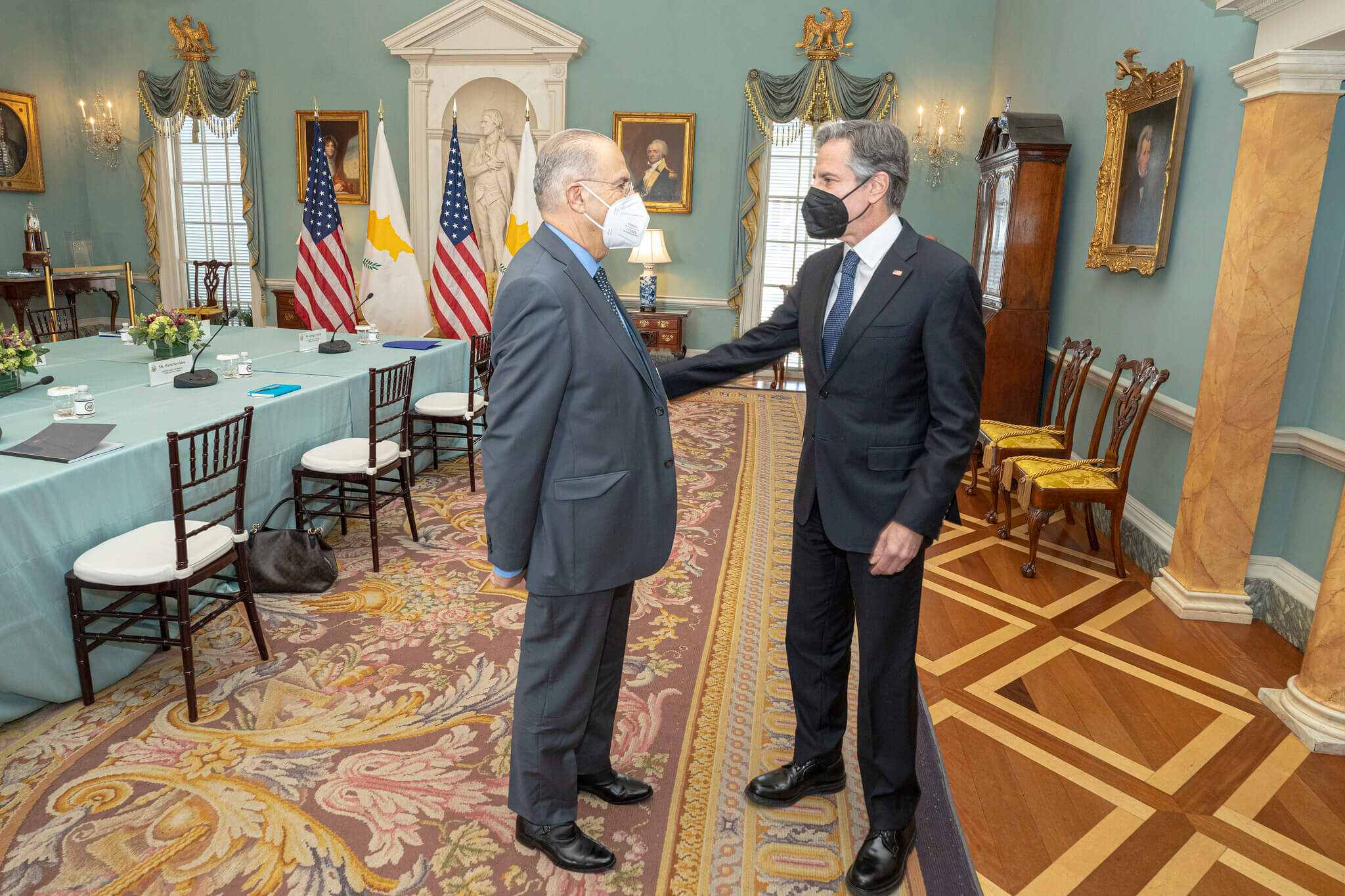 The proposal of the President of the Republic of Cyprus for Varosia was conveyed by the Minister of Foreign Affairs, Ioannis Kasoulidis, to his American counterpart, Anthony Blinken, during a meeting held in the context of the Foreign Minister’s visit to the USA.

As he said, Mr. Blinken congratulated the Minister of Foreign Affairs, Ioannis Kasoulidis, on his return to the Ministry of Foreign Affairs and reiterated the US commitment to deepen the cooperation with the Republic of Cyprus. Among other things, he continued, the two Ministers talked about the 3 + 1 mechanism with Greece and Israel and jointly expressed the view of returning to the agreement on political dynamics.

The two Ministers, Mr. Dimitriou said, discussed a number of bilateral and regional issues, including the importance of coordinating actions in support of Ukraine’s sovereignty and territorial integrity. They also stressed the importance of increasing scientific cooperation on issues such as climate change and emerging technologies through the forthcoming signing of a bilateral Agreement on Science and Technology.

The US Secretary of State expressed the United States’ continuous support for efforts to resolve the Cyprus issue under the auspices of the United Nations, based on a bi-zonal, bi-communal federation with political equality for the benefit of all Cypriots, and Mr. Kasoulides conveyed the President’s proposal for Varosia, concluded Mr. Dimitriou.

US House of Representatives Speaker, Nancy Pelosi, sent a clear message about the importance of a multilateral approach to the rule of law, human rights, and democracy in her meeting with the Minister of Foreign Affairs, Ioannis Kasoulidis, held on Tuesday in the context of the visit of the Foreign Minister to the USA.

In a post on Twitter, Foreign Minister, Ioannis Kasoulidis, said that he felt “privileged” to meet her. He thanked Ms. Pelosi “for her clear message about the importance of pluralism in the rule of law and her strong focus on democracy and human rights.”

He added that “full respect for these values ​​is crucial for Cyprus in its quest for regional peace and stability.”