Saab | Submission of its Best and Final Offer for Finland’s HX program – Infographics
Defence Redefined
Published on 03/05/2021 at 19:34 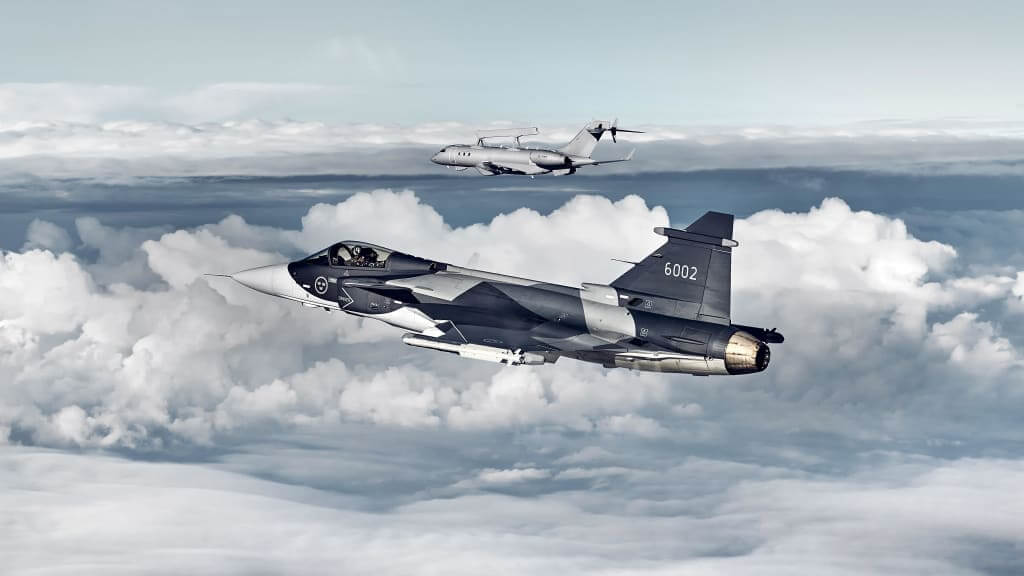 The swedish Saab announced  the submission of  its Best and Final Offer (BAFO) to the Finnish defence procurement agency for the Finnish HX fighter procurement.

The proposal that comes with strong support from the Swedish Government, comprises 64 Gripen E fighter aircraft and an extensive weapons package, as well as two GlobalEye Airborne Early Warning & Control (AEW&C) aircraft. This constitutes the response to the customer’s January 2021 request for a BAFO. 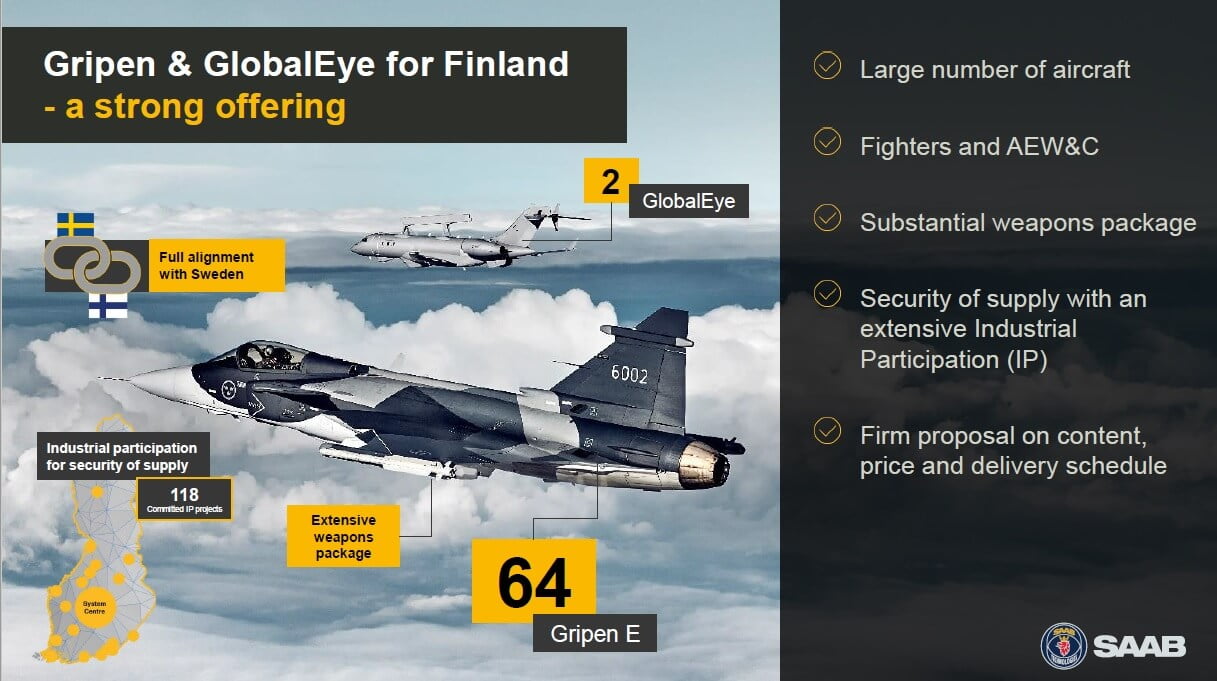 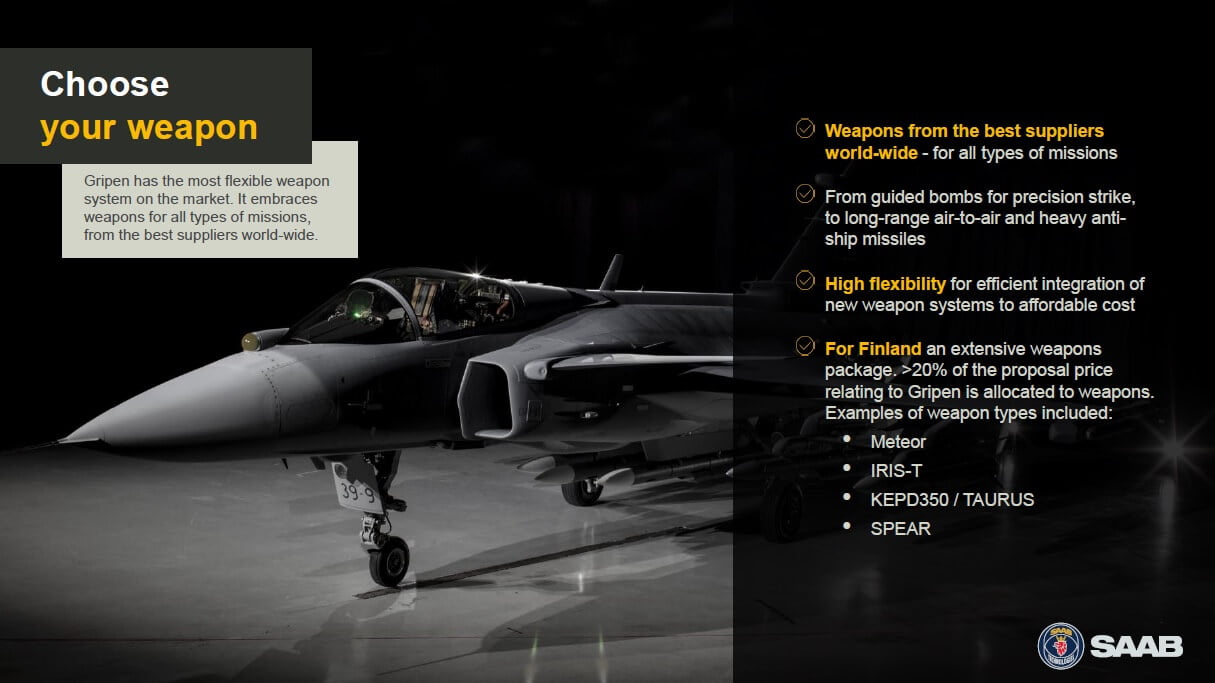 According to Saab, GlobalEye brings unique additional sensor capabilities – for joint operations with Gripen – as it also benefits the entire Finnish defence forces.

The proposal also comprises the necessary equipment and associated services needed for operating the system through an extensive industrial co-operation programme, with the aim to build national capabilities in Finland for Security of Supply. This includes transfer to the local industry of maintenance, repair and overhaul capabilities, parts production, as well as final assembly of engines and aircraft. 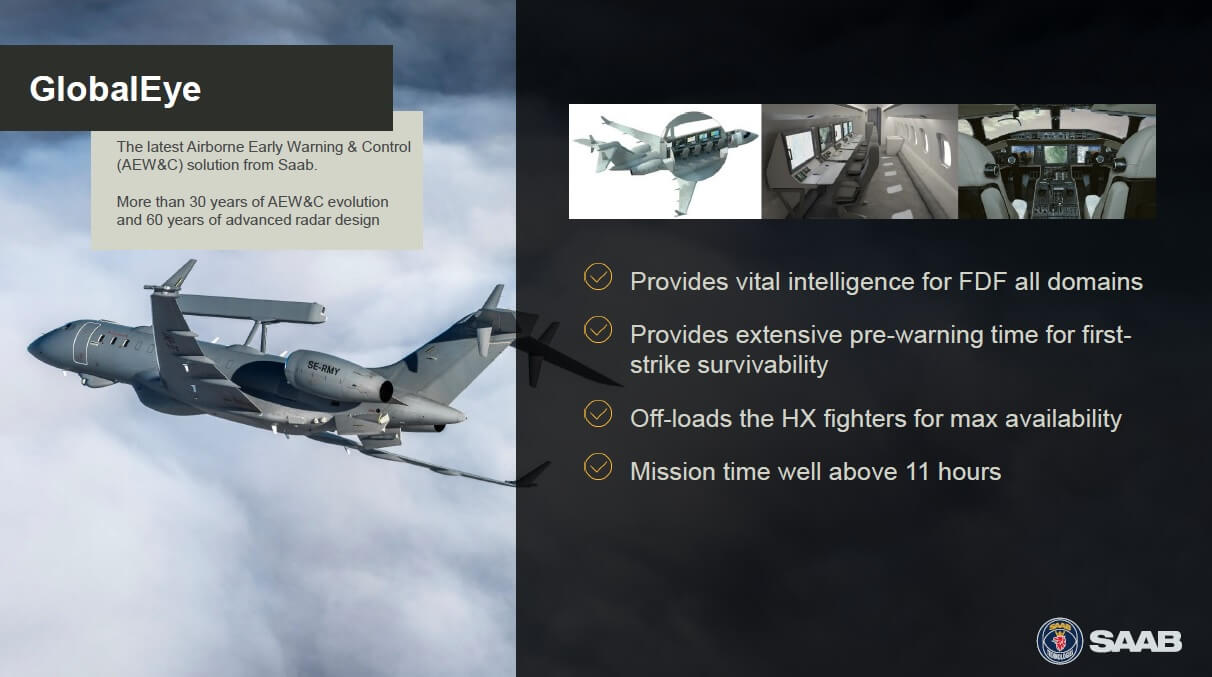 Saab finally offers the establishment of a Gripen & GlobalEye System Centre in Finland, to ensure independent operations and continuous capability growth of the systems until 2060.

Leonardo to acquire a 25.1% stake in German HENSOLDT AG