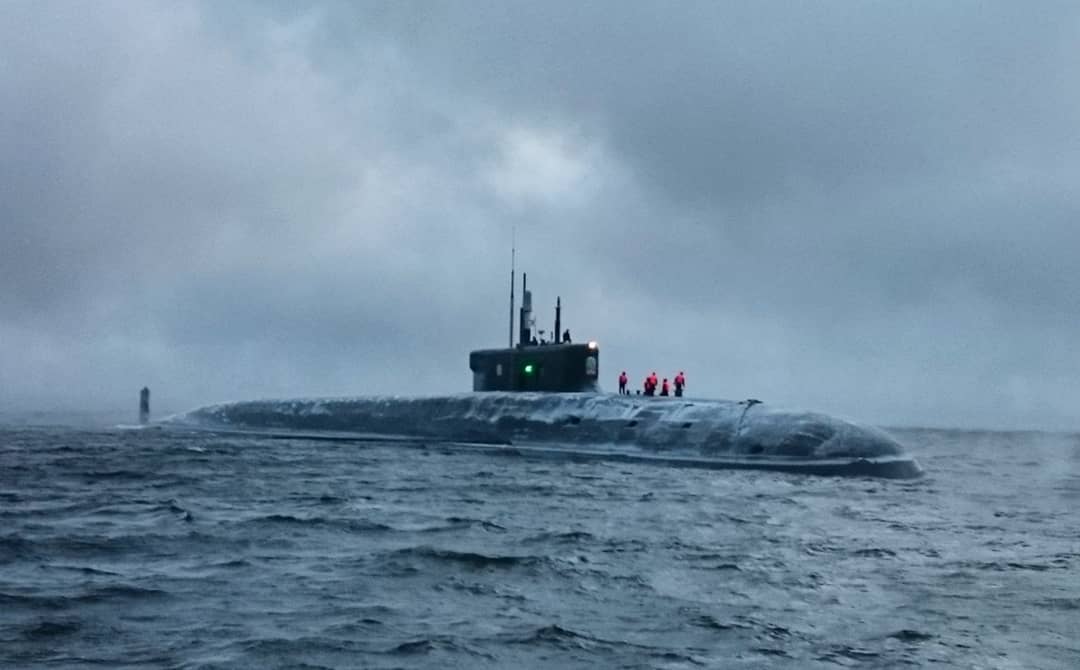 Russia’s state-of-the-art nuclear submarine has officially joined the Russian Navy yesterday June 12th, the Russian DefenCe Ministry said in a statement during a period of growing tensions between Moscow and the West regarding arms control.

The Knyaz Vladimir submarine (Prince Vladimir), which is designed to carry Bulava intercontinental ballistic missiles with nuclear warhead, joined the Navy during the official celebrations for Russia Day.

According to Russian Navy Chief Admiral Nikolai Evmenov who attended the official flag-raising ceremony on the submarine, the submarine’s crew demonstrated its capabilities during the test period and on October 29, 2019, it successfully launched a Bulava missile. The missile followed a trajectory from the White Sea to the Kura test field located on the Kamchatka Peninsula.

Russia’s foreign ministry said in a statement that it had called for an immediate end to hostilities in eastern Ukraine, amid fears that rivalry could escalate in the wake of the end of the Cold War.

The first upgraded Borei-class 955A submarine model is one of the key elements in modernizing the nuclear war fleet that President Vladimir Putin wants to upgrade.

The Borei-class submarine-building program began shortly after the collapse of the Soviet Union, but its implementation was delayed due to a lack of funding and failed Bulava missile tests.

The architecture of global arms control, which developed during the Cold War and remained under the control of Moscow and Washington, began to change after the end of the INF (Intermediate -Range Nuclear Forces) Treaty.

The new START Treaty, the latest major treaty on nuclear weapons signed between Russia and the United States, expires in 2021. This treaty limits the number of strategic nuclear warheads available to the world’s two largest superpowers.

With information from CNA, APA-MPA