PROMETHEUS 2021 | Natural disaster scenarios and coordination of services
Defence Redefined
Published on 27/10/2021 at 15:30 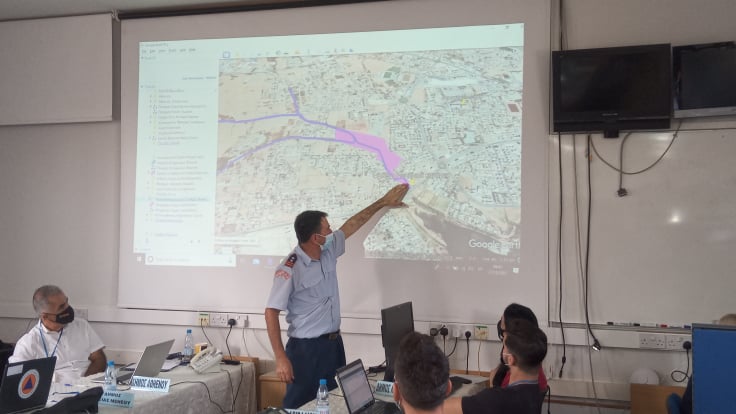 An exercise focusing on dealing with natural disasters was successfully completed in the Larnaca Regional Directorate of Civil Defence. The said exercise is based on the Special National Plan “Prometheus”. Defence ReDefined had the opportunity to watch the entire exercise that took place in the morning of October 27th.

Twenty services participated in the exercise, including the Civil Defence, the National Guard, the Police, the Fire Service, the Forest Department, the Municipalities of Larnaca province, the State Health Services Organisation, the Electricity Authority Cyprus (EAC), the Water Board, the Water Development Department, the Public Works Department, the Sewerage Βοαρδ and the District Administration. The exercise addressed the coordination of the services involved in cases of dealing with extreme weather events. 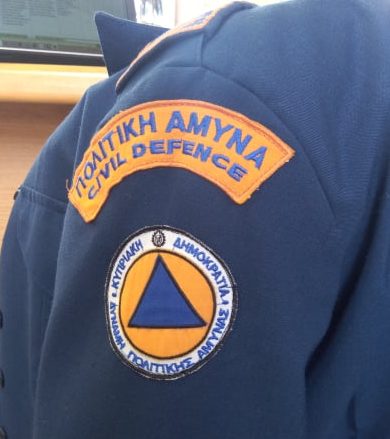 All involved services met at the Multi-Service Coordination Center where they received information from their centers about existing needs. In turn, they informed the center staffed by members of the Civil Defence, where the extent of the problem and the bigger picture are outlined, while the services of the Coordination Center were informed about the course of the situation at regular intervals. Thus, there could be a “Joint Operational Picture” between the services involved, which is necessary to set priorities, maintain coordination and take action within the framework of strategic planning.

The Center is activated by order of the Prefect and is coordinated by the Larnaca Civil Defence, while general information reaches the competent services and the Ministry of Interior which is responsible for dealing with natural disasters. 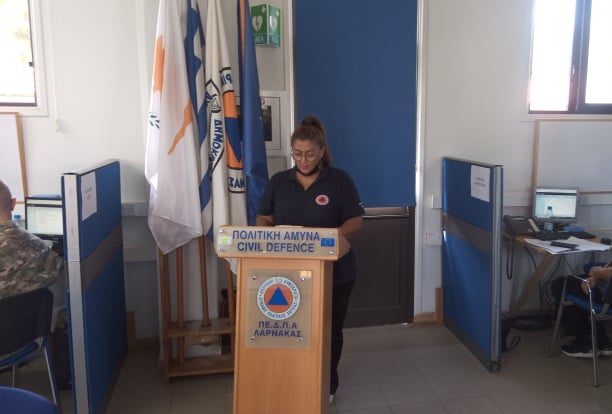 For the needs of the exercise, the members of the services received the crisis scenarios from volunteers who were in a specially-designed space. All volunteers were people with many years of experience in the respective fields. The scenarios are based on true events and their diversity attributed particular difficulty and realistic conditions to the exercise. The scenarios examined included floods, river overflows, power cuts, evacuation of settlements, evacuation of people to a safe place under adverse conditions, major traffic accidents, evacuation of injured people, towing vehicles, crane falls and even a tank depot as well as water pollution and gas leakage. In addition, scenarios related to missing persons and the organisation of local groups of volunteers were examined along with the evacuation of the wounded by military vehicles, if there is a lack of other means.

Indicatively, among the scenarios examined are the rescue of trapped soldiers after a military vehicle overturn, the rescue of tourists following a bus crash, the transport of a family to the hospital after a major car accident, the evacuation of a settlement at risk of flooding and other complex scenarios.

The use of special software and interactive maps greatly improved the coordination and efficiency of the center. The exercise contributed to the coordination between the competent services, which will make reports so as to continuously improve. The better the coordination of the services involved, the better the available means can be used and the priorities set so that human lives are not in danger and damages are reduced to a minimum. 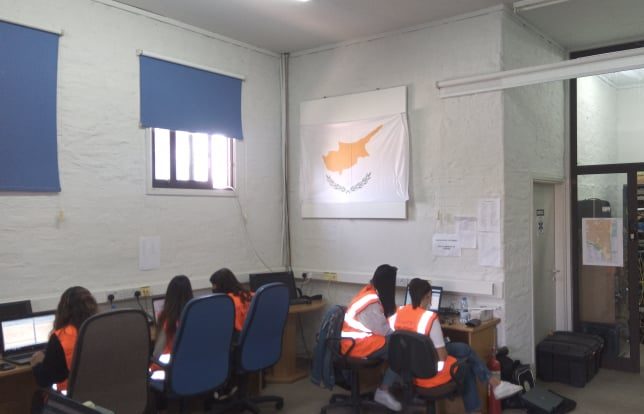 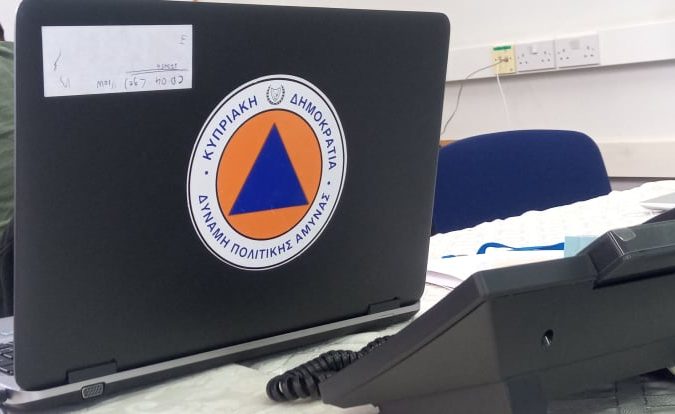